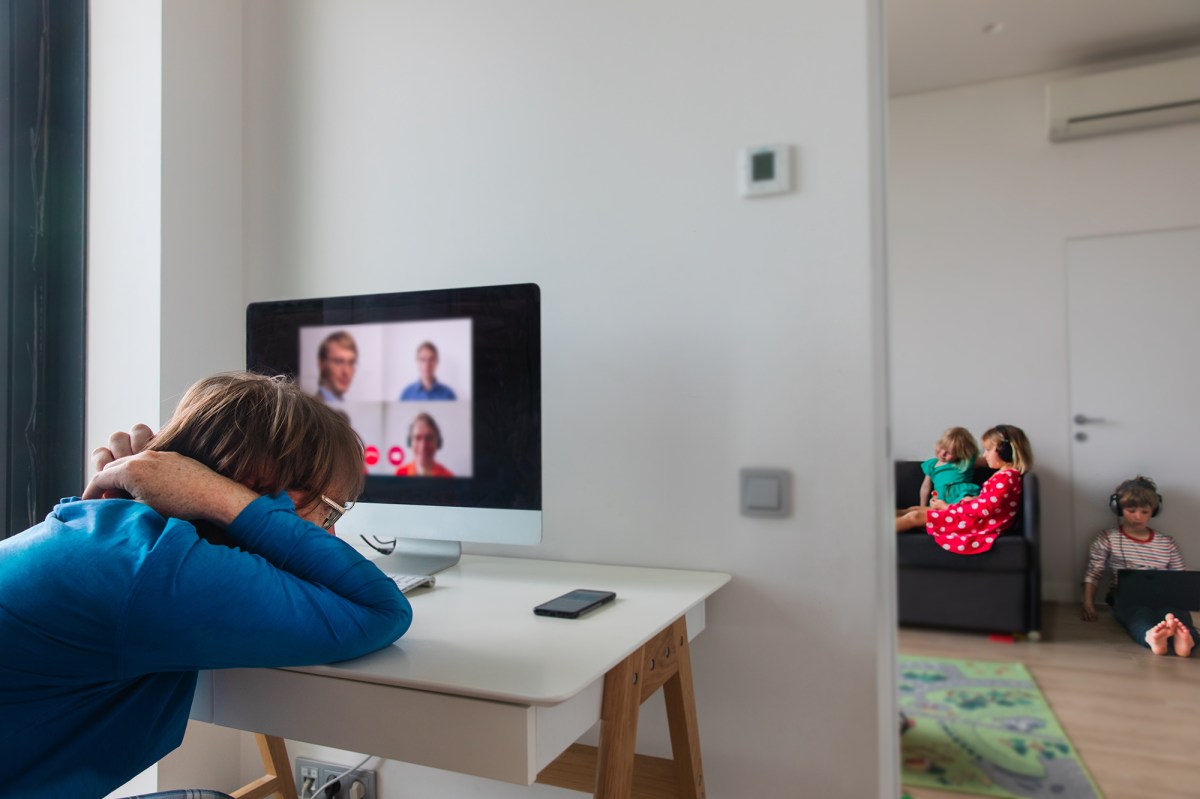 Time to calm down and relax.

There is now scientific support for “Zoom fatigue”, the term for fatigue that those who work from home and students who learn remotely, feel it from over a year of working, studying and partying via video calls.

Spending the days looking at colleagues or peers is starting to really mess with our brains, according to a researcher from Stanford’s Virtual Human Interaction Lab, whose findings were published in the journal Technology, Mind and Behavior.

“This piece outlines a theoretical explanation … of why the current implementation of video conferencing is so exhausting,” Jeremy N. Bailenson wrote in his paper, citing “non-verbal congestion”

; as the main cause of video chat problems.

Bailenson claims that the constant video conferencing distorts the feeling of intimacy and causes unnecessary stress.

“At zoom, behaviors that are usually reserved for close relationships – such as long stretches of direct glances and faces seen up close – have suddenly become the way we communicate with random acquaintances, colleagues and even strangers,” he writes.

In a conference room, you can sit further away from colleagues, and break eye contact more often than you can in a video call, he argues. Psychologists have found that staring causes “physiological arousal” which suggests mating or a struggle against our primary brain.

It’s normal in a conference room if you’re the presenter, but at Zoom everyone’s staring all the time, which, Bailenson argues, “effectively transforms listeners into speakers and lubricates everyone’s eyes.”

He suggests removing the “Brady Bunch” format: Squares of participants and speakers stacked in a grid are simply unnatural. Try shrinking the Zoom window on the screen to reduce the intense audience on the faces of the screen.

Another explanation for why apps like Google Meet and Zoom annihilate us: looking at our own faces all day. Bailenson called the phenomenon a “mirror all day” – a phenomenon that resulted in more people turning to plastic surgery and Botox – and referred to a previous 1988 study in which men and women were forced to watch a real-time video of themselves while taking a test. The study concluded that “the tendency to self-focus can lead to women experiencing depression.” Then do yourself a favor and select “Hide Self View” while on Zoom.

Bailenson’s paper concludes that video calls literally put us in a box. Because everyone in the conversation can see what everyone else is doing, it is not professionally – or socially acceptable – to puzzle, yawn, stretch or move much outside the virtual space we occupy on our screens.

We tend to overcompensate. Think: “nod excessively for a few extra seconds,” and “look directly into the camera (as opposed to the faces on the screen) to try to make direct eye contact when talking.” A study from 2019 referred to in the newspaper showed that video chatters tend to talk with 15% higher volume than telephone talkers.

In addition, Zoom makes it so that appearance, nods, worries and eye-rolls are lost in the translation. In a meeting, you can tell when a colleague shoots another a disapproving look. In a video call, where the nights are mixed differently for each user, an employee who casts a glance at their calendar can be perceived as side-eye to another.

Still, as the pandemic rages, “video conferencing is here to stay,” Bailenson said. But it would not hurt to say so in an email instead.

“Perhaps a driver of Zoom exhaustion is simply that we take more meetings than we do face to face,” he says.