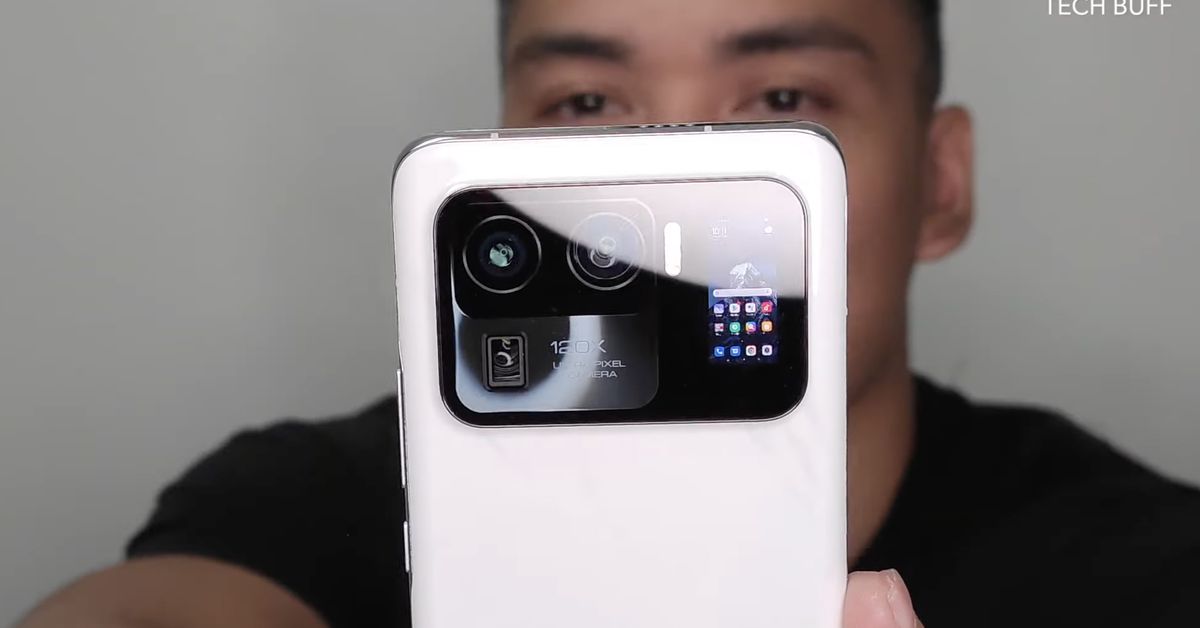 A YouTuber has posted a video with what he claims are two prototype Xiaomi Mi 11 Ultra devices, suggesting that the phone may have an unusual feature: a 1-inch rear-facing screen right next to the cameras. The video shows this small screen showing what looks like a picture of the phone’s home screen, just … you know, microscopically. A more practical application may be for selfies using the rear-facing camera.

Since the video was taken down, it comes from a little known Filipino vlogger who goes by Tech Buff PH. XDA developers says the device model number checks out, and certain details match previous leaks. Other details from this alleged leak include 67W fast wireless charging, a 6.8-inch curved OLED with an adaptive refresh rate of up to 1

The alleged devices include a huge camera bump with a 120x hybrid zoom camera, like last year’s Mi 10 Ultra, as well as a 50 megapixel main camera. If this phone really is the Mi 11 Ultra, it looks like Xiaomi has removed the 2x telephoto lens on the previous model, offering only the longer zoom lens in periscope style instead. It is also a 12mm ultra-wide, which Tech Buff PH claims has a 48 megapixel sensor, upgraded from 12 megapixels.

Xiaomi announced the Chinese variant of the Mi 11 standard in late 2020, and recently unveiled an international version. Both have a state-of-the-art Snapdragon 888 processor that offers 5G connectivity. With these versions announced, Xiaomi will likely follow other variants, such as the alleged Ultra version discussed here. Whether this unit will shape itself to be the real deal remains to be seen, but it is an interesting concept to consider in both cases.