Xbox Next Could Play PlayStation 5 In Next Console Generation, Says Report 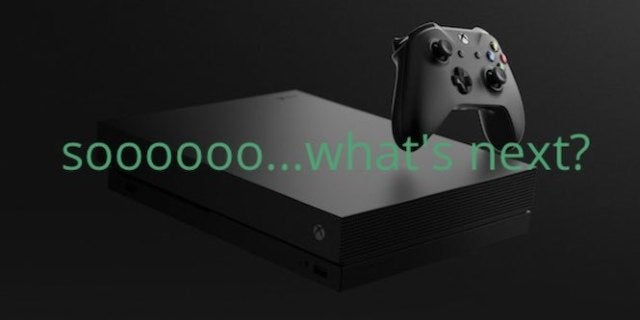 There is already a lot of chatting about the next generation of gaming, even though neither the PlayStation 5 nor "next" Xbox have been confirmed just yet. However, the folks at Engadget believe there is already a clear winner in sight and it could very well be Microsoft.

And sales have since improved in the Xbox line. Even though they're still behind the PS4, a report from NPD's Mat Piscatella indicates, "Xbox One sales show the highest growth of the three major [hardware] platforms in the US this year, and the Xbox One X in particular has been performing phenomenally. "

Conditt believes that" a strong backing of a console generation will only help the company in the future. And Microsoft certainly has plans there. "

Cross-play has Fortnite and Rocket League with other systems- something, by the way, Sony was against for the longest time before it finally relented.

And while there is doubt about messaging and finding features that fit a crowd outside of "hardcore" gamers, Conditt feels that the next piece of Microsoft's tech "already set the stage for the next hardware cycle."

The re has been talk about the company introducing two types of hardware for the future, including a "streaming box" set to ship without a disk drive built in. And while that has a lot of people excited, nothing's been finalized yet. Still, if Microsoft took this choice in design, it would be a lot of options available for gamers, including those with a budget.

There is also discussion about the Adaptive Controller, and Microsoft's experimentation levels, which could easily carry over into 2019 and beyond.

With this year, Conditt believes Microsoft has turned things around ("you could even call it in Xbox 360", heh) and that, besides what was discussed above, it's planning big for the future between hardware design and its cavalcade of studio acquisitions like Ninja Theory and Obsidian Entertainment.

To sum up, Conditt concludes, "It took about five years, two mid-generation console releases and a brand-new gamepad to get us here, but Xbox is back. Microsoft is finally in control of the video game conversation once again, and in 2019, its runway is clear. Xbox is about to blast off. ”And it could very well start with E3 2019, since Sony has stepped away from the trade event.

What do you think? Do you believe Microsoft will dominate in this next generation? We have no idea to find out!

(Hate to Engadget for the details!)