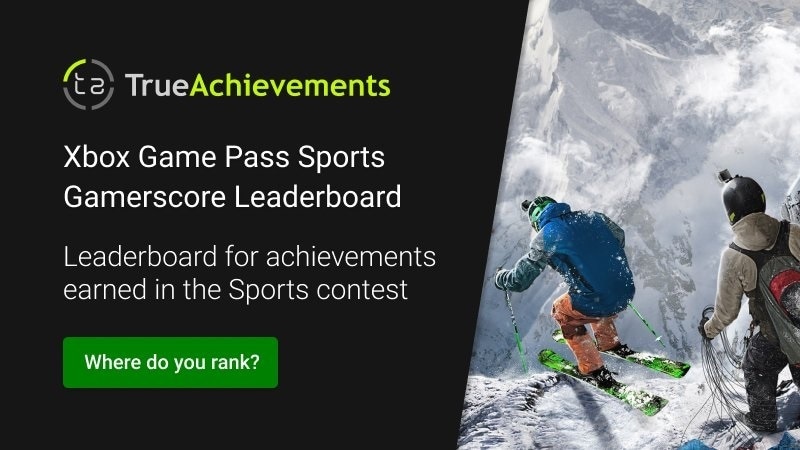 Xbox Game Pass Ultimate subscribers can win one of five Xbox Series X consoles by unlocking achievements in select Xbox Game Pass sports titles. Since Microsoft does not have a leaderboard system in place, we have set up our own. Introducing the Xbox Game Pass Sports Gamerscore Leaderboard.

Like previous Xbox Game Pass Ultimate contests, this month’s contest was announced via the Xbox dashboard only. When we first learned about the competition, we did not have access to it on our consoles, so we could not say with certainty which games could be used. Microsoft has now confirmed (and also confirmed that they believe Goat Simulator is a sports game) with us the complete list of games that qualify for the competition, which you will find below:

Microsoft will award five Xbox Series X consoles to the five gamers who earn the most Gamerscore in June from the games listed above. Only unlocked achievements on Xbox One, Xbox One S, Xbox One X, Xbox Series X and Xbox Series S are eligible for the competition, and it is only open to Xbox Game Pass Ultimate subscribers from the US, UK, Canada, Australia, New Zealand and Ireland. Our leaderboard includes TrueAchievement users from these sites and users who have not specified a country in their TA profile. However, it do not Show players from outside the TA community. We will probably have the most serious competitors on the leaderboard, but keep in mind that there may be differences when Microsoft announces the winners.

Leaderboard is updated every hour. You can instantly find your location by clicking the “Find Me” button at the top of the page.

You have until June 30, 23:59 NPT to enter the top five when the competition officially ends. Good luck!