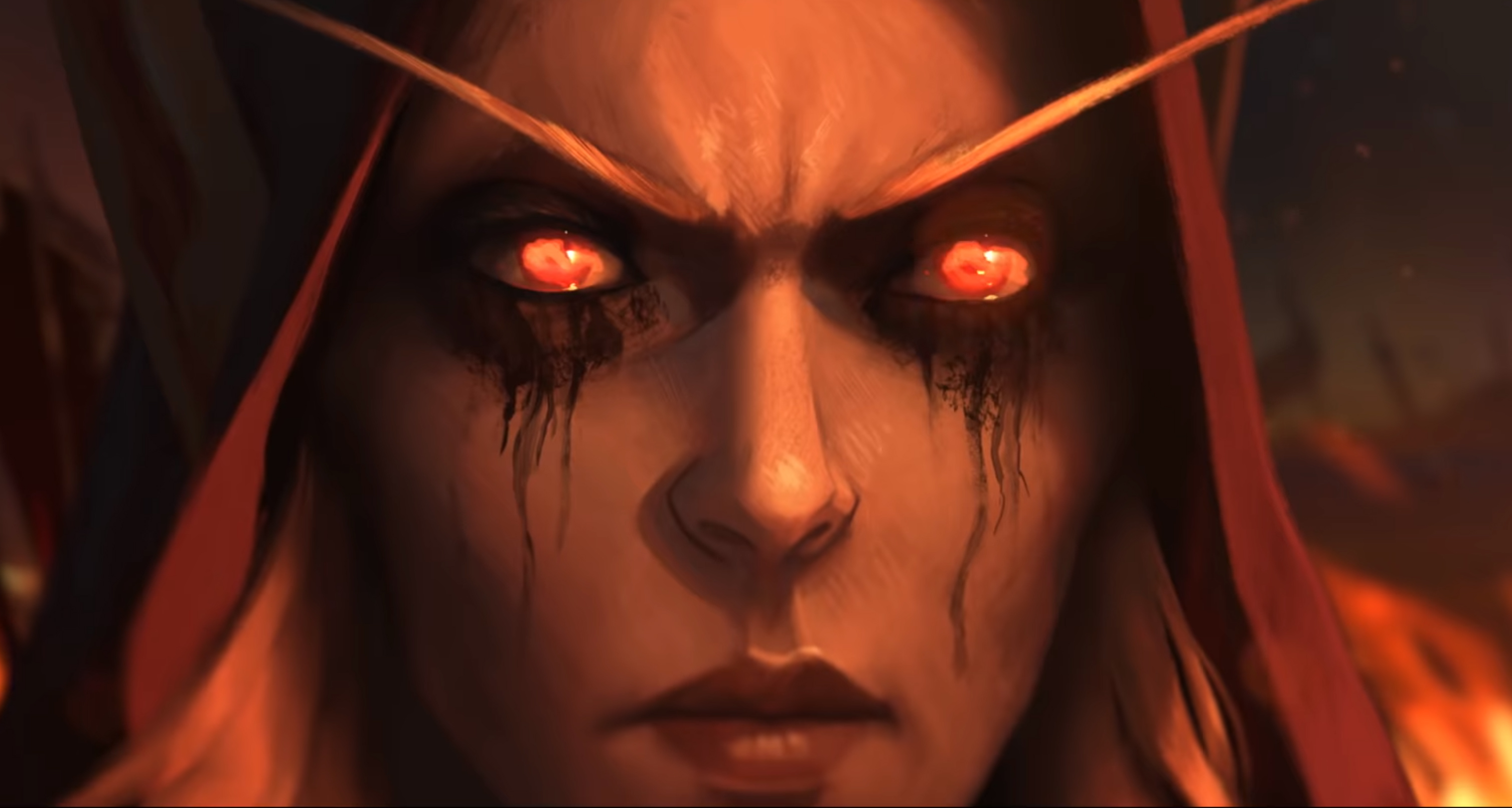 World of Warcraft. War is in the name. It has been the centerpiece of the series since it started as a real-time strategy in 1994. Then the war was centered on Orcs and Humans. In succession, they developed into the Alliance (People and their friends) vs. Horde (Orcs and their friends).

World of Warcraft uses Horde and Alliance as two fractions that share their ranks. But while these factiones battle each other in player-vs scenarios, most of World of Warcraft's history and gameplay focus on wars against major forces, such as invading demons, an undex king or a giant dragon that will destroy the world. Horde and the Alliance are more often troubled allies, which makes sense. Their world is still on the brink of destruction. Why fight among themselves?

But that is exactly what has happened in the leadership of Battle for Azeroth, World of Warcraft's seventh expansion. It does not start before August 1

4, but a pre-patch has introduced many of the expansion's gameplay changes and new features. It also contains some new story content that sets the war between Horde and the Alliance. And after playing through these pre-Battle for Azeroth missions, it is clear that Horde is the aggressor of this war.

About: World of Warcraft: Battle of Azeroth.

I will try to give you the short version of recent World of Warcraft events. The last expansion, Legion, had most of Azeroth (Warcraft's main plan and setting) together to fight an invasion of demons. And we won! But just as we killed the giant evil guy who leads the demons, he struck Azeroth with a giant sword. A new mineral, Azerite, began to emerge over Azeroth as a result. We learn that this mineral is literally the blood of the planet (which has its own soul).

Magni Bronzebeard, who used to be the leader of the dwarf, is now a crystalline being who speaks for Azeroth. He tells everyone that the planet is dying. But all faction leaders focus instead on creating as much Azerite as possible so that they can exploit their strong qualities.

So things are already kind of stupid. Magni was an important character during the legion that helped save the planet. If he says the world is in danger, we should probably listen to him. Instead, Sylvana Windrunner (the leader of the unlearned race and whole Horde) decides to launch a preventive attack on one of the Alliance's major capital cities, the world tree and the night river at Teldrassil. 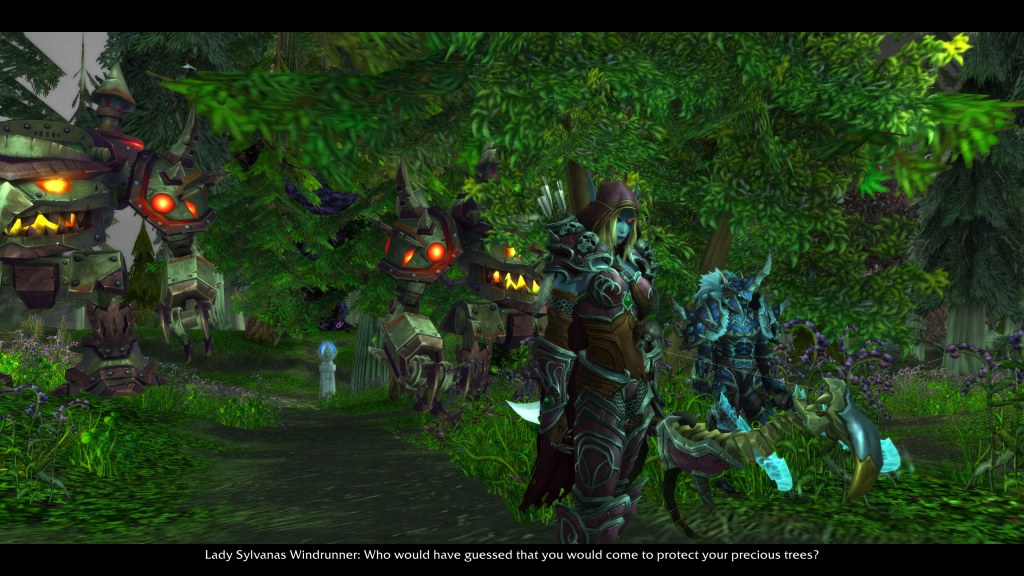 Azeroth has two main parts: the eastern kingdoms and the Kalimdor. Most of the Alliance runners live in the eastern kingdoms, but the largest source of Azerite is in Kalimdor. Teldrassil is the largest alliance building in the continent. Sylvanas tells that if she can occupy Teldrassil, Horde can secure Azeritt and win a potential Horde / Alliance war before it starts.

Her logic is already bad. She plans to win a war before it begins … to start a war. She will march an army to a capital to take it over without real justice. And it gets worse! She also proclaims that she is going to kill Malfurion. He is one of Night Elf leaders and also a big druid. He has been a great strength to behave well in Azeroth, and has helped save the planet lately.

So why sylvaner judges him to death? Because it will "break the river's river's spirit." Um … will it? What if it just makes them angry? You know the whole thing of the martyrdom. But even without killing Malfurion, the march against Teldrassil is a declaration of war that will withdraw from the Alliance. And the Alliance, which is not the aggressors, will be the right one.

Spoilers for pre-patch quests, but Syvlanas eventually invades Darkshore, the coastal area closest to Teldrassil. Malfurion escapes death thanks to his wife, Tyrande. Night algae lose. Sylvanas can take control of Teldrassil. But then this happens:

Sylvanas instead burns the world tree and all the innocent lives inside it because … one night Elf spells her? I do not know. It seems like a psychotic act. What happened to just occupying the city?

Horde are the wicked offenders in this war. Is that a bad thing? Some players will claim that it is not. World of Warcraft is a fantasy game. To many, it is a convincing imagination to play like the evil ones. And if you look at the Alliance and Horde, the latter looks like the more creepy faction. It has trolls, undead, goblins and other rough-edged races. But too much of World of Warcraft, most Horde races confirm that they follow an honor code. How can some of them be ok with the unjustifiable destruction of a city, even a enemy city?

I do not like to play like the bad guy. But World of Warcraft has now forced me to. My main character is at Horde because it is the fraction most of my friends play. Now that fraction is suddenly bad, but I'm stuck on Horde unless I can convince all my friends to pay for expensive fractions changes (not going to happen). Yes, Horde looks bad. Warcraft's writing has been strongest when it uses that perception based on appearances against us. Horde looks like they should be bad with fangs and roar, but they are actually heroic and venerable. It's interesting and it's a faction I can come across. Now we have Sylvanas, a banshee queen who looks and sounds evil and … is actually quite freaking evil.

I'm not alone in my frustration. On World of Warcraft's Reddit page, one of the largest community centers for the game, the most active posts speak after this story. Many fans ask the same questions. Why does Sylvanas seem so irrational? Why does Blizzard look like Horde as it's so bad? Why do not other Horde leaders try to stop this? Some morons go to Twitter to harass the World of Warcraft authors because of their dissatisfaction with this campaign. It's idiotic and immoral. The criticism is okay, but it's sad to see parts of Fandoms so often standard into this kind of boring. And fortunately, the better (and bigger) part of the WoW community condemns any harassment. It's terrible that this point should be mentioned, but it's not ok to attack anyone on social media (or anywhere) just because you do not like their art. 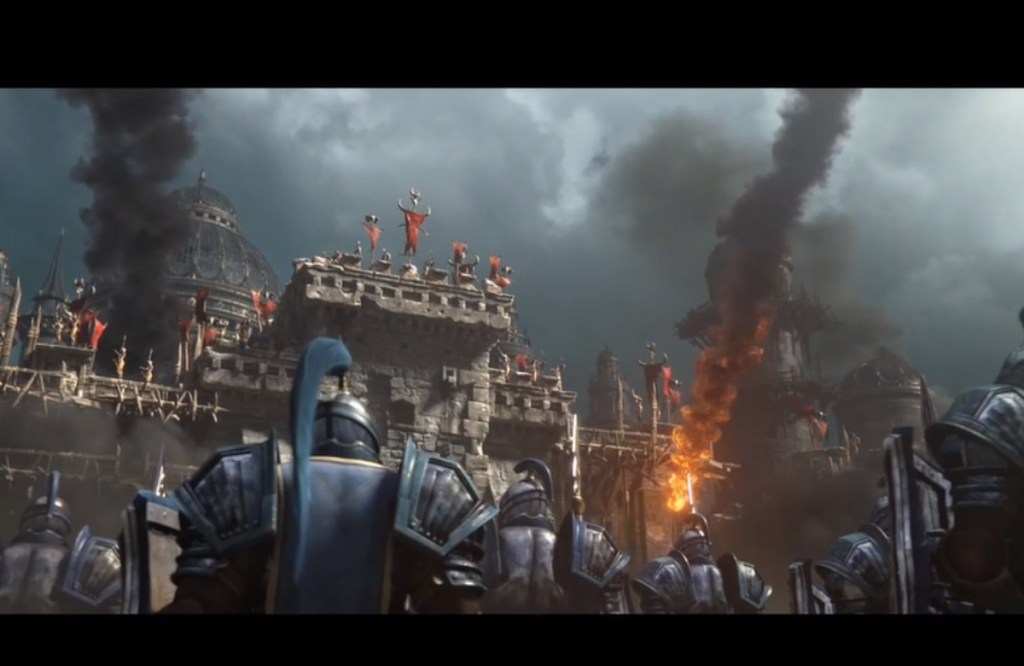 Over: Recognition is coming.

Writing for video games is difficult. I suppose an online multiplayer game must be one of the more difficult game types you can write for. You must keep a story developing and interesting. But I do not like this direction. It looks like Blizzard sets us up for some sort of Horde civil war. The more honorable races, like Tauren and Trolls, will try to stop Sylvanas. This is actually something that Blizzard has done before. A former Horde leader, Garrosh the Orc, got angry, ruined a city, and eventually became a boss who both parties had to kill.

We have known that Sylvanas should burn Teldrassil da Blizzard announced Battle for Azeroth last year. Even then, the players asked why she would do something so creepy. Blizzard has forsaken his depiction of Horde by saying that evil is subjective. But there is no subjective evil of killing innocents and destroying a big city just to prove a point or break a person's spirit. Some players were convinced that the story would not play so easily that another sign would be responsible for burning the world tree. But, no, it's Sylvanas, and she can also spin a mustache while she does.

Sylvanas must either be redeemed (something that seems unlikely) or broken. Or Blizzard must go all-in and designate Horde as the bad ones, a decision that will not be good for many players. We do not have the whole picture of this story yet. Maybe it will surprise me.

If nothing else, this story gives WoW fans something to talk about. It is clear that Blizzard wants us to hate Sylvanas. For that purpose, the writing works. I just do not think it's very funny to hate the person who will be my character's "leader".