Wireless headsets improve faster than anything else in tech 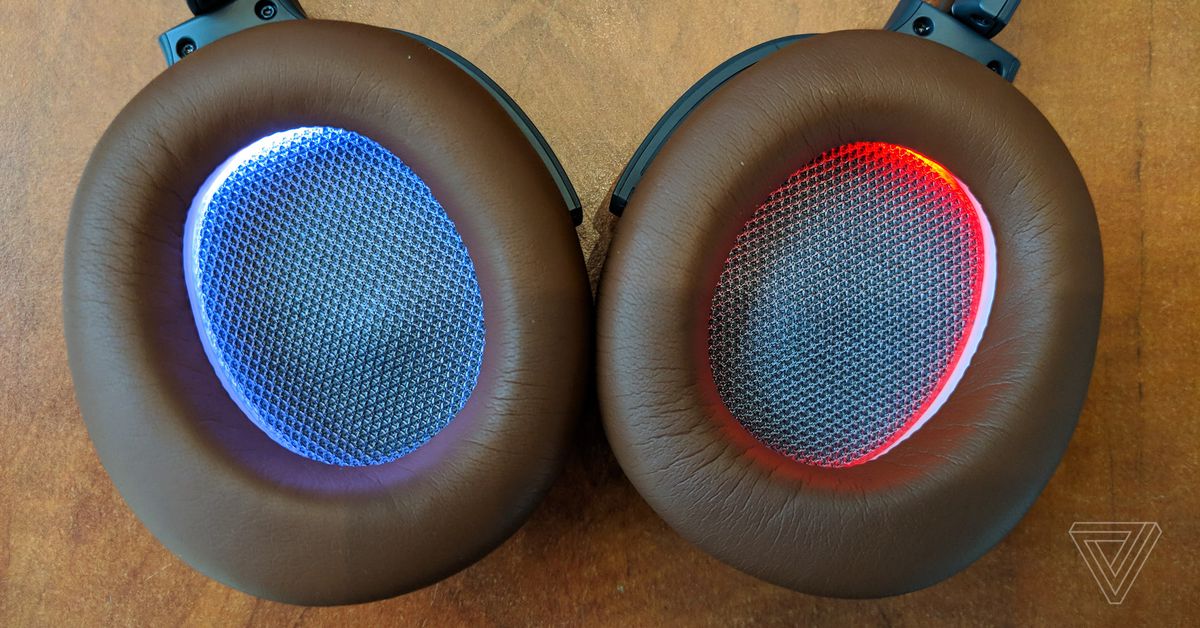 If you are in the market for new wireless headphones, the IFA 2018 has been an absolute treat for you. If, on the other hand, you only bought a pair, well … this is going to be an outrageous reading. At this year's IFA in Berlin, headphone manufacturers came up with a number of significant, material, glorious improvements that made the wireless audio market much more exciting than it was just a few days ago. Let's take each new change in turn.

USB-C is the new charging standard

Anyone who has followed my writing knows I think this change is delayed. For several months, I have asked for headphone manufacturers to come over time ̵

1; a majority of smartphones and laptops are now using USB-C – but most continue to update their flagship models while keeping flimsier and reaching outdated MicroUSB standards. No longer. Every new pair of wireless headsets or headphones I've come across to IFA have a USB-C charging port. No matter what market data everyone has watched, it eventually shows the investment to USB-C, and the industry has responded quickly by flooding the Berlin Messe Halles with USB-C powered headsets.

Sony's new 1000X M3s switched to USB-C charging this year, leaving my friends who already own the previous generations who keep their head in despair. The absence of a USB-C charging port was one of the few reasons I did not award the previous 1000X award for the best wireless headphones. Now, many people who might have ruled Sony and handed over Bowers & Wilkins's money to the excellent, USB-C-powered PX, must reassess. You can think I'm exaggerating this point, but it's okay to have a charger compatible with all your gadgets, and that's what you'll get to retreat from when you've tried it.

Sony, Sennheiser, and Beyerdynamic have crossed most of the things on the headphone's wish list

Next to Sony La Sennheiser USB-C to its first real-world wireless earphones, Momentum True Wireless and Beyerdynamic equipped with their full range of new Byrd earphones and Lagoon headphones with USB-C. I admit that there are few stragglers like Audio-Technica who pull their feet with MicroUSB, but they are still in minority. Wireless headphones with flagships from this week will all have USB-C as standard expectation.

Each pair of headphones now has a voice assistant trigger

The additional feature that Bose pioneered with QC35 IIs last year – has a dedicated button to start your favorite voice assistant – has grown widely at IFA this year. Sony 1000X has a Google Assistant trigger, Sennheiser's Momentum True Wireless also does, and it also does Beyerdynamic Lagoon. iPhone users can choose to use the same feature to talk to Siri. It's no coincidence that I keep coming back to these three pairs of headphones: For me, they represent a unified and extremely coherent vision for the nearest time for wireless headphones. They contain all the good ingredients that make the IFA 2018 a milestone for this product category.

I strongly believe that a closely integrated speech assistant will be a key component in the future of consumer-related headphones. Initially, it will only be a simplified connection to the smartphone, just as it is now, but over time I think more and more companies will try to take care of the necessary processing on the headphones, making them autonomously smart in the same way as smartwatches have evolved.

Battery life is getting better

This is the most incremental improvement on my list, and yet it may be the most important thing. Sony cites 30 hours of battery life with noise interruption active on the new 1000Xs, while the Beyerdynamic Lagoon almost matches that with 24 hours in the same mode. With noise interruption, Beyerdynamic headsets last for 46 hours, while Sony is likely to become immortal and makes the entire USB-C talk over redundant. This is the whole product of technological ripening, with Sony also adding a new dedicated noise outage chip that will be several times more efficient. I've heard the way the 1000X M3s exclude noise at the moment you put them on, and I'm sure Sony's boxes have improved both in the size and efficiency of their noise interruptions.

You can think of Sennheiser's 12-hour total battery life (four in the two-plus four-hour buttons in the case) on the Momentum True Wireless less monumental, but they are retrieved from a lightweight design which is easy to use. We always tell that we want more battery life and will tolerate heavier design, but Sennheiser has rightly listened to how we spend our money – on extra thin phones with fewer features but slicker design – and it has made its first wireless ear plugs as small as possible. In addition, they sound pretty damn good and 12 hours of good music are worth more than 20 hours of discomfort and mediocre sound.

Equally exciting and tempting, the headphone market develops the way smartphones once did

In all cases, either larger over-ear design or smaller in-ear, every successive generation of wireless headphones goes a long way forward to increase battery life. The smartphone market has not known so fast the pace of improvement since the first days of 4G, as most phones had terrible battery life and each new model gave a chance to make significant progress. In many ways, smartphones have been waiting to see how good ARM-powered laptops will be with their extended battery, and smartwatches are waiting for more efficient chips to push them forward. Headphones are the consumer electronics category that is in the most moving part of the development cycle.

Give designers enough time and enough tests and they really want to perfect a product. Sony's third generation 1000X is again a cardinal example of this. These are a massive redesign from the first two 1000X, which was already very comfortable to last for a long time. But the new edition, well, the mere goodness of the ratchet up a few notches. Now it's even easier, even more careful in their embrace, these are benchmark-setting headphones. My colleagues in the Verge New York Office tried them out in front of me, and each was busy (one that was already the owner of 1000X M2s was more frustrated than excited) with how comfortable Sony's latest headphones feel.

I have already mentioned above that Sennheiser appears to have made the right departures with its True Wireless Momentum, but the case expands. If we rewind just a few years ago, there were really wireless buttons that were big, ugly, did not keep a connection well, and sounded like an unclear mess of excessive bass and tinny treble. This is hardly ancient history, but here we are today, looking at a pair of nicely designed buds that you can quickly forget that you wear if it was not for their big passive noise insulation. Oh, Momentum True Wireless is also great for isolating noise.

Each pair of wireless headphones launched at IFA this week has a Google Assistant / Siri trigger. And USB-C. I eat with satisfaction.

My absolute design highlights throughout the IFA 2018 have been Beyerdynamic's Lagoon and the way its status diodes are integrated into the inner [Vladimir Vladimir] of the two earloops. Obviously retrospectively, this design tweak makes the headphones cooler to look at and more informative. And when you put them on, you get a perfect visual harmony, no inflexible blinking blue LED to disturb you or the people sitting nearby on a long flight.

Looking forward to 2019, we have a new series of Bluetooth wireless headsets that will be built around Qualcomm's next generation AptX Adaptive Audio Codec, designed to handle wireless issues connection. And Apple is rumored to launch new noise interrupt AirPods and "studio-quality" over-ear headphones.

The dynamics of the wireless headset market are driven by an obvious driving force: demand continues to grow at a fast pace, and then deliver – and more importantly, the quality of the goods delivered – tries to speed up. As cities grow larger, as more people have longer commutes, as podcasting networks become self-sustaining businesses, the desire for the best wireless headsets will only increase. And the technology industry reacts in the best possible way: by competing for quality first.