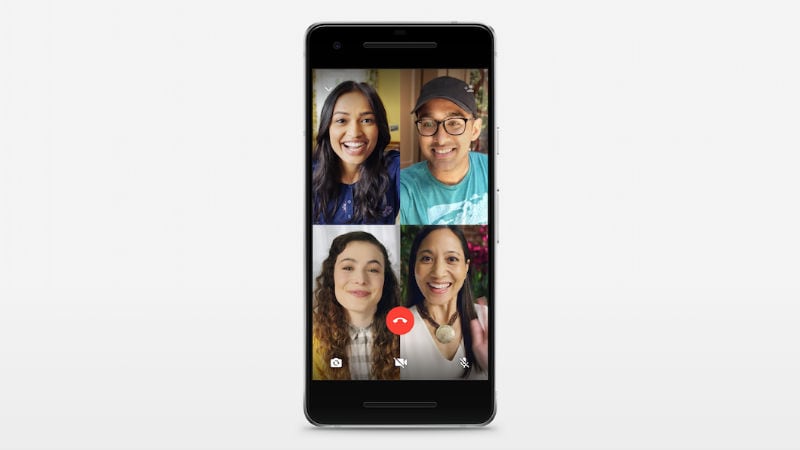 WhatsApp group calling feature with both voice and video support is finally live. First discovered back in October last year, the group calling the Facebook-owned message app, officially announced by Facebook at its annual F8 Developer Conference in May this year. The new WhatsApp feature is now available to users around the world on iOS and Android. In particular, the group dialing function supports up to four people simultaneously. WhatsApp users claim to spend more than 2 billion minutes on conversations per day, meaning that group video calls were a highly anticipated feature.

Video calls have been supported by WhatsApp since 2016, but until now they were limited to two participants. The app is now starting to add group video calls to its iOS and Android app, and it supports up to four people, the company has announced. WhatsApp says that the new feature is designed to work under slow network conditions. In addition, conversations are encrypted from end to end, as everyone chats in the message folder.

To start a group call, start a video or voice call with one of the contacts. After this you will see a button at the top right of the screen that lets you add another participant to the conversation. When the call is connected, an Add Person icon appears in the upper right of the recipient's names. Then, if the third user accepts the conversation, both names will be displayed with a comma separating them. You can add up to three participants for a total of four people in a video or voice call. Note that you need to download the latest version of the WhatsApp app via the Google Play Store and Apple App Store.

By comparison, Facebook Messenger supports group video calls of up to 50 and Skype supports 25. At the same time, Snapchat supports 1

6 participants and Apple FaceTime will work with up to 32 people when iOS 12 starts later this year.