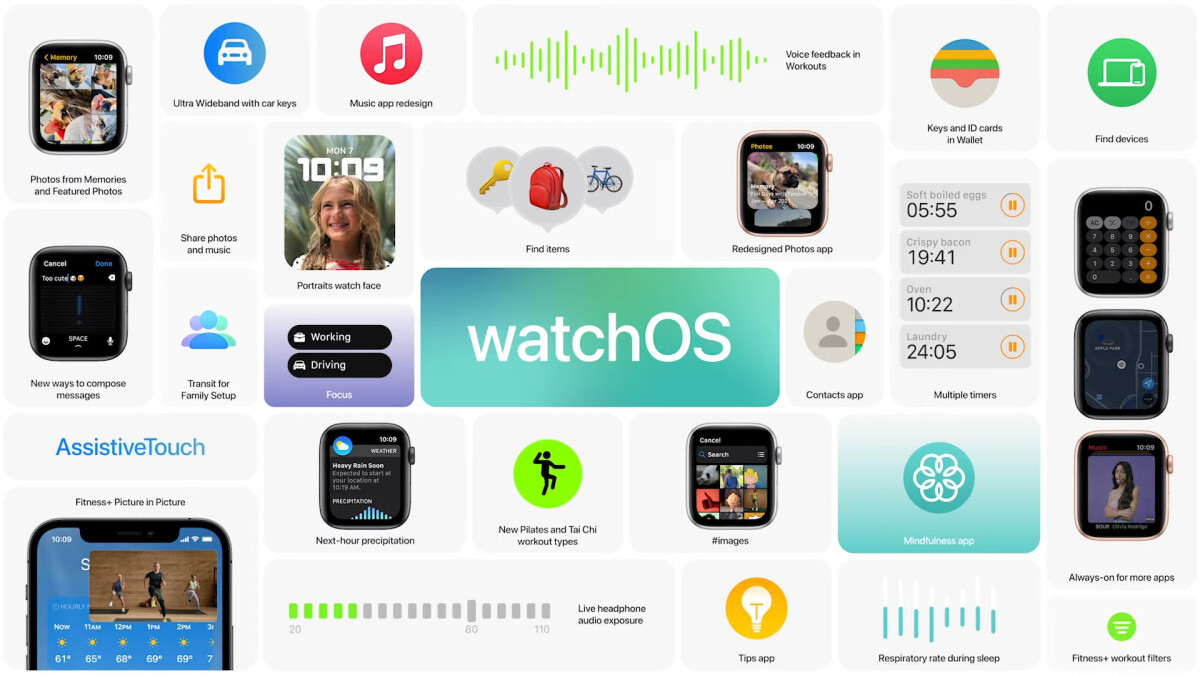 watchOS 8 will possibly be rolled out to all Apple Watch series and models that were granted the privilege watchOS 7 update not long ago, and these are all models from Apple Watch Series 3 and up 2017, not too shabby.

WatchOS 8 beta rollout will most likely take place in the time frame June / July, in the run-up to full release in the autumn.

AirTag integration will be a nice addition to watchOS 8 …

The rest of the new features expected from watchOS 8 read more like a wish list than anything else at the moment, as you can see from graphic designer Angelo Libero’s concept video above. Things like Apple AirTag integration and widget introduction will certainly be an explosion for owners of sub-series 7 Apple Watch models that do not receive blood glucose monitoring, but if they want to materialize, there are some who are guessing at the moment.

… as a fresher interface and widget system

What we are pretty sure of will be present in watchOS 8, but Assistive Touch as an accessibility option that makes it easier for disabled owners to use navigation gestures, call or get to the control center without touching the screen of the laptop.

Apple’s non-invasive optical sensor plans to introduce blood glucose monitoring for diabetics may be in another patent that describes the process, but also presents a number of challenges for the technology.

A dial-up store to change the look, a better call and messaging system, improved sleep tracking and training mode for the final Apple Watch Explorer Edition will also be welcome. Furthermore, a new interface and icons can be in the store, as what we have now existed forever, and with new features, a UI redesign is quite reasonable to expect.

Given recently Touch ID on Apple Watch patents, Apple Watch 7 can also call in biometrics, although older series do not get it for obvious reasons. What would you most like to see as a new watchOS 8 feature?