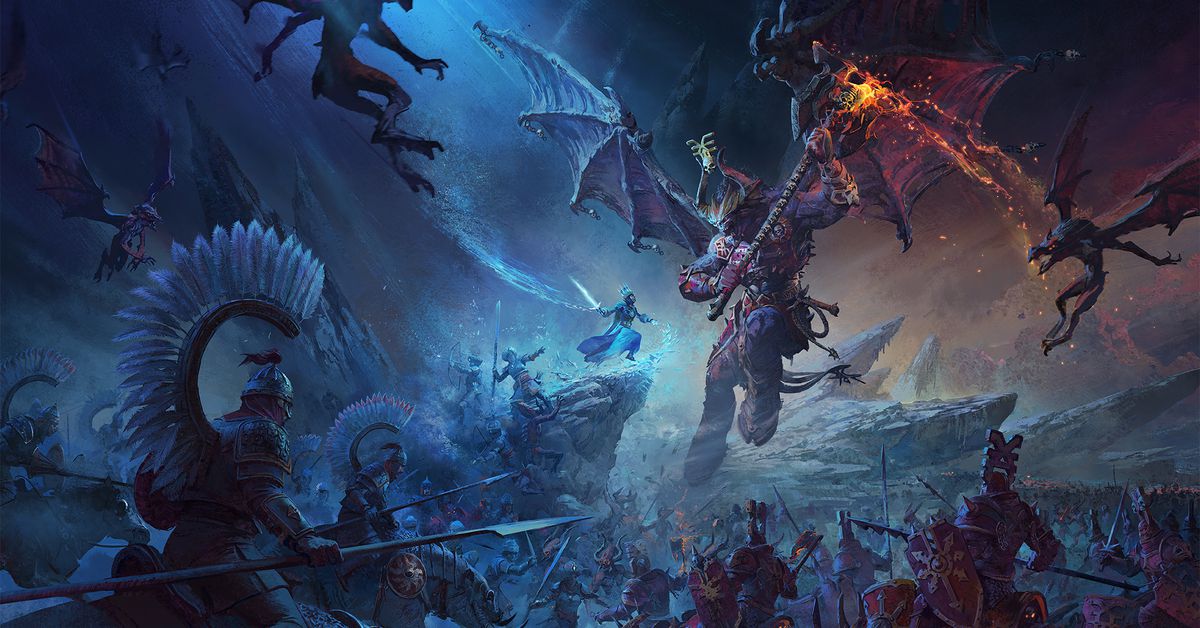 On Wednesday, the team unveiled at the Creative Assembly Total War: Warhammer 3, what publisher Sega calls “the epic culmination of the Total War: Warhammer trilogy.” No release date or price was mentioned in the press release, but we know a little about the factions and the setting. Fans of the old-school board game will be happy to hear that developers will return to the classic Old World setting – much like the table game itself, after a five-year dalliance with Age of Sigmar.

Total War: Warhammer is an elaborate turn-based strategy series shot through with intimate real-time battles. It is based on the Creative Assembly̵

7;s own style of pause in real-time combat, which dates back more than 20 years to the release of Shogun: Total War. And the series draws on the rich history of Games Workshops’ very popular table miniature game, first released in 1983.

The first entry in the series, Total War: Warhammer, was released in 2016. The sequel, Total War: Warhammer 2, was released just one year later. The two games combined both narrative and literal to tell a wild story from several perspectives over a massive world map. Developers say that this time players will fight in truly unknown territory – the nightmarish Chaos Realm.

In Warhammer’s story, Chaos Realm – also known as The Aethyr – is a dimension of pure magic. The cinematic trailer shows Kislev warriors, a fictional human faction that draws from Polish and Russian military history, fighting against the demonic forces in Khorne. The battlefield itself is an impassable frozen landscape with tooth-like mountains rising in the distance. The images are reminiscent of some of the more stunning battle images from previous entries in the series, which included massive underground caves and other terrestrial environments.

Today’s press release confirms both the Kislev and Cathay armies as playable factions along with agents from Chaos – Khorne, Nurgle, Slaanesh and Tzeentch. Fans of the Warhammer 40,000 setting will recognize these gods, which are shared between both game systems. Today’s press release also suggests “iconic new races from the World of Warhammer Fantasy Battles system.” Expect more information about these factions to drip out, along with details of a release window, over the next few months.