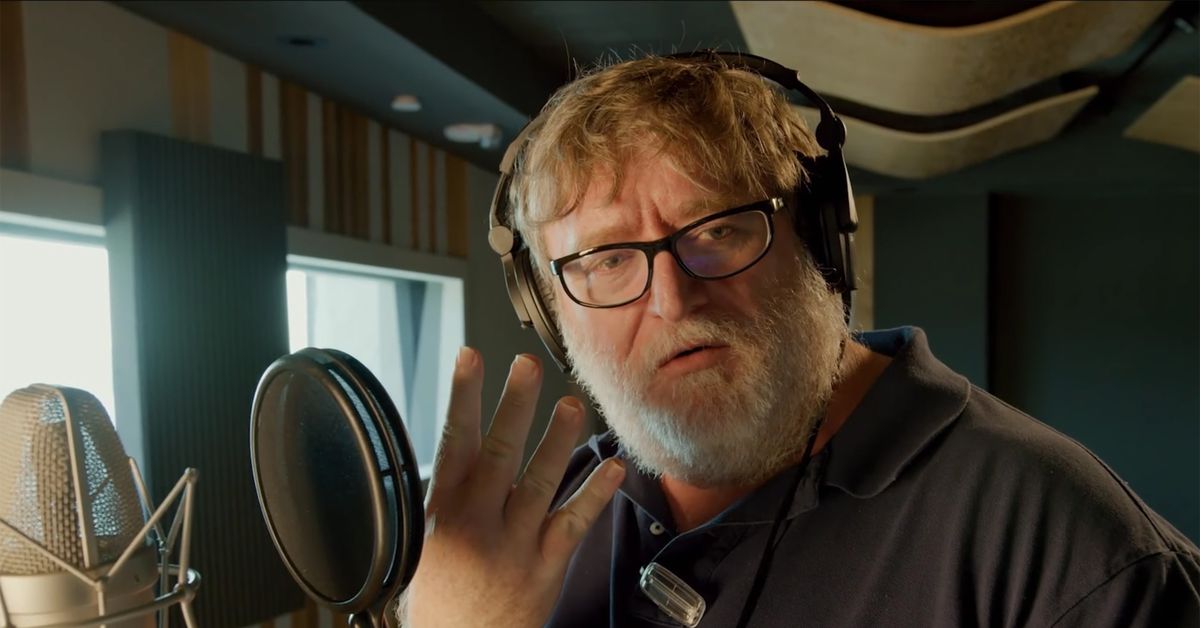 Valves boss Gabe Newell has poked some good-natured fun on the long-standing saga around Half Life 3 his company's now mythical next big game in a dirt under Dota 2 International Tournament. In the video, Newell appears in a recording box and delivers some dead lines for a Dota announcer pack – these are similar to custom TomTom voice packets, which are used to recognize in-game performance as killing more enemies in quick order – but he gets stuck when he is told to say triple kill.

"I do not understand," asks Newell, "what's my motivation?" His incredible producers, Kaci Aitchison and Jake Kanner, who usually have the relentless task of interviewing fans in the arena, is at this point losing the will to live. They are emotional, enervated wrecks, remembered by their previously composed ones, and all they want to do is complete the recording and continue with their lives. Like someone still holding hope for Half-Life 3 . Unperturbed, Newell remixes the triple kill announcement by describing it in literal terms, but avoiding number 3: "You've killed more than two people and less than four."

An optimist may think that the valve would not just reopen old wounds like this just for a while, and maybe Newell actually bothers something more concrete yet to come. A realist, on the other hand, noted that it was over a decade ago Half Life 2: Episode Two was released and we should all move on from this unhealthy relationship.