Valve announces Proton, a compatibility layer to enable Windows games to be played on SteamOS and Linux directly. 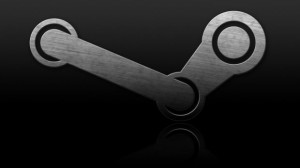 Valve appears to have gone away by reducing the addiction of Windows in recent years. While the Steam Machine and SteamOS measures do not seem to have gone anywhere at all (with the latter, especially not to get many major AAA releases, because it's based on Linux), the company seems hungry away quietly to bridge the gap in available games.

The result? Proton, a new Linux compatibility layer (including SteamOS) that lets you run Windows games without Linux versions directly on the Steam client system – complete with support for all controls Steam Supports (DualShock 4, Xbox One Controller, Nintendo Switch Pro Controller, Steam Controller), Better Full Screen Support, SteamWorks and OpenVR Support, Vulkan Support (with DirectX 11 and 12 Vulkan based implementations for better performance) and better performance for multi-threaded games than on Vin, a Windows compatibility layer for Linux that has been the most popular in the past (and which Proton appears to be based on).

For now, the feature is in beta and will support limited games (you can find the full list below), but over time it should be available to everyone and to most games. I'm not much of a vent fan, but I have to leave them just how disgusting and ambitious this initiative seems to be. Hopefully they will stay in the long run and do not lose interest in it.