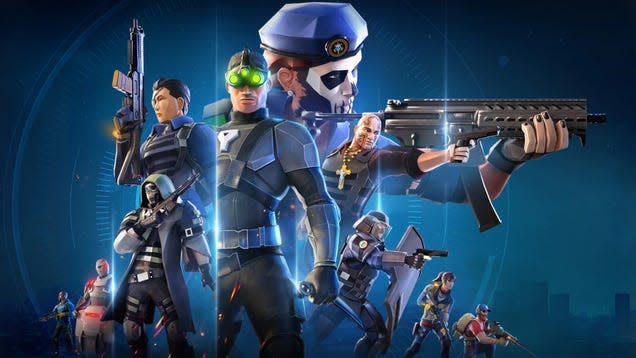 It is with great sadness that we announce that we will no longer publish new content for Elite group, ”Wrote the game’s development team. Today’s update will be our last, and on October 4, 2021, we will shut down the servers. This was not an easy decision, but after exploring several options with our teams, we came to the conclusion that it was no longer sustainable. ”

Elite group, created by the studio that was originally run by Ubisoft’s CEO Yves Guillemot’s son Charlie, was troubled from the start. When it was first launched, it was criticized for a film that linked images that stimulate Black Lives Matter to terrorism, prompting Ubisoft to apologize and remove the images. Reviews, meanwhile painted Elite group as a fairly generic gacha game, and it apparently failed to attract much of a player base. Junior Guillemot, who co-directed the studio, also left Owlient in May 2021. Now the game has reached the end of the line.

In some ways, Elite groupits overarching concept – take all of Tom Clancy’s unruly, posthumous digital sons and put them in one place – gets a makeover in the recently announced XDefiant, which takes the game’s signals from Duty calls and Overwatch instead of gachas gloomy claws. The game test for that game begins on August 5th.

Ubisoft as a whole has recently hit many bumps in the road. While it announced what really constitutes a whole platform for Assassin’s Creed games a couple of weeks ago, Kotakuits reporting today revealed the slow mo spill that spilled out of one Assassin’s Creed co-developer, Ubisoft Singapore – who is also responsible for the painful eight-year (and counting) development process of pirate games Skull & Bones. This is due to delays in several major Ubisoft games and ongoing harassment issues that recently culminated in a French lawsuit accusing Ubisoft of “institutional harassment.” Elite group may close in October, but it’s unlikely that Ubisoft’s broader problems will end soon.