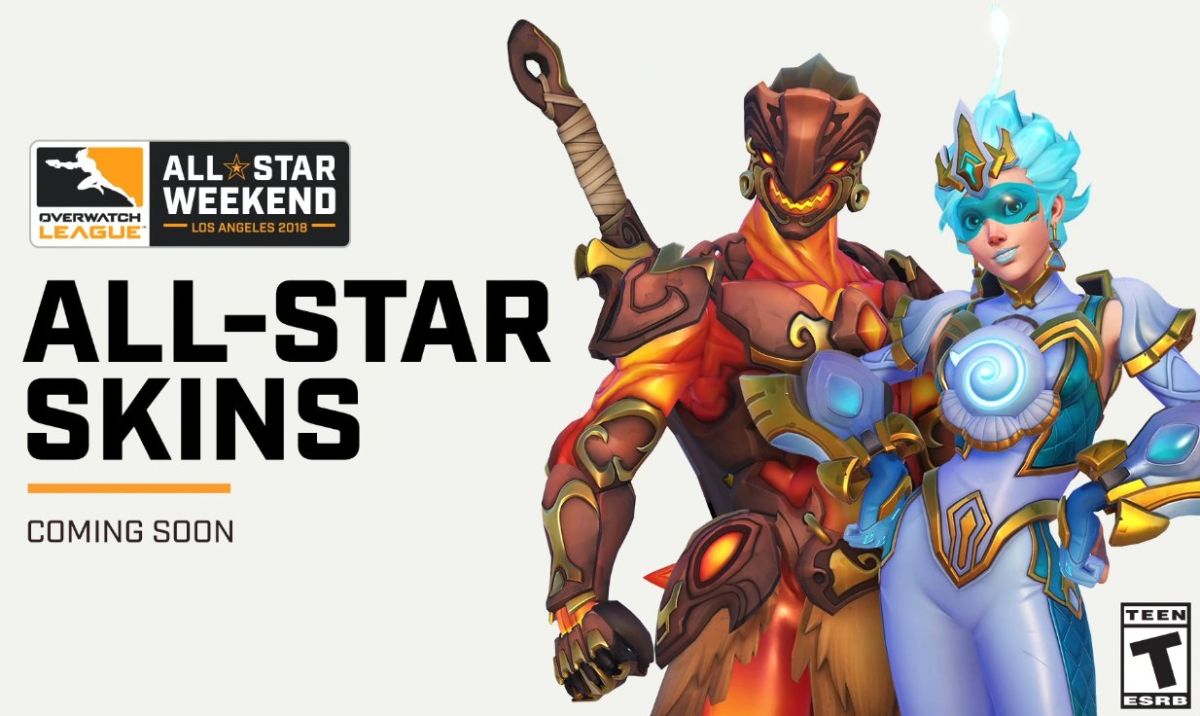 The two rails, for Genji and Tracer, are intended to correspond with the Atlantic and Pacific divisions of the Overwatch League.

Standing for the Pacific Department: