TweetDeck may soon look much more like Twitter’s web app 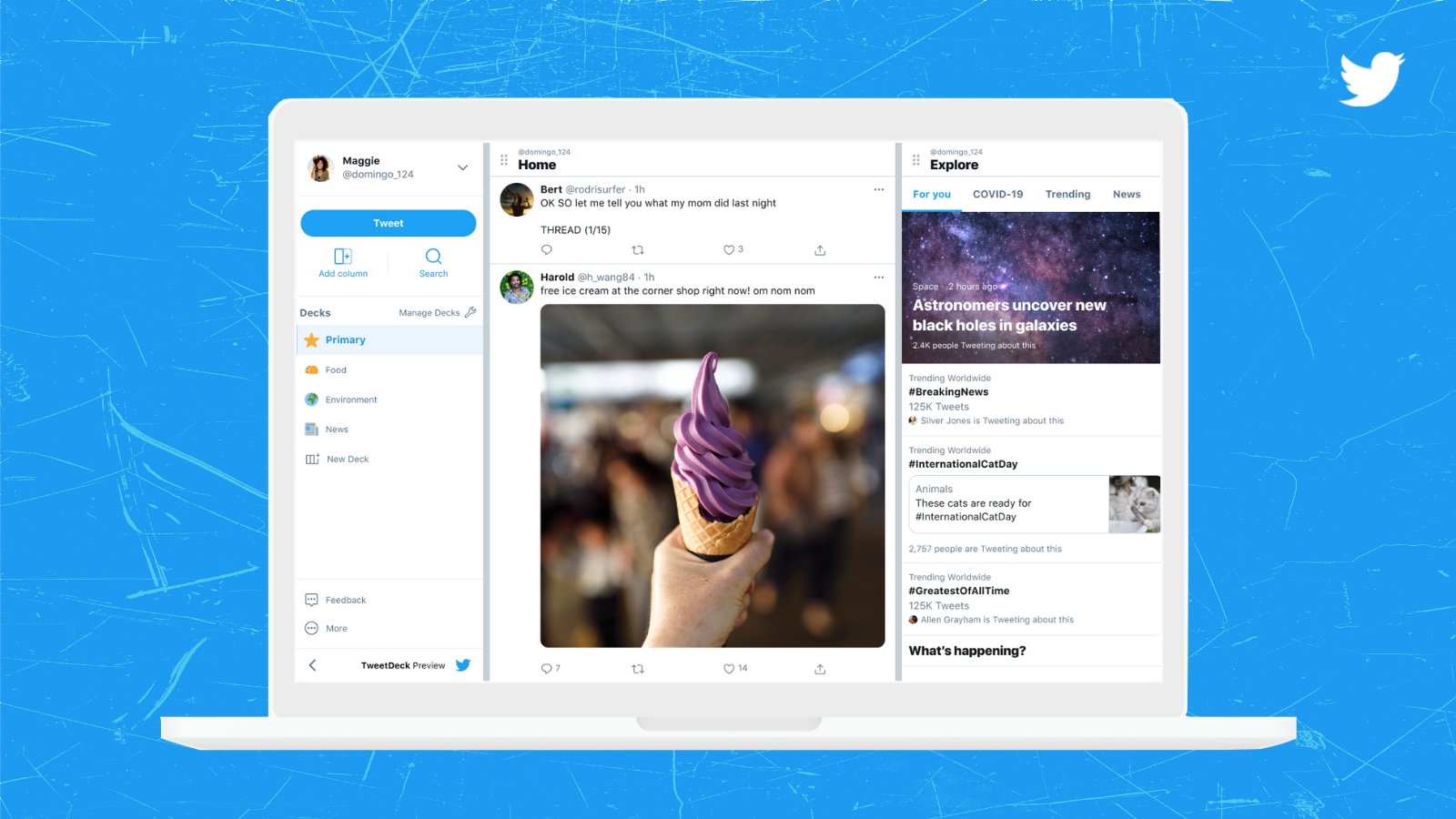 is a secret weapon for Twitter power users. The column layout allows them to keep track of tweets from a large number of accounts at once, using Twitter’s handy lists. That may be about to change, based on the “new and improved TweetDeck” it is testing. At first glance, it looks a lot like the regular Twitter web app.

The company is testing the renewed TweetDeck with a few users in the US, Canada and Australia. Twitter product manager Kayvon Beykpour said that the updated TweetDeck “a full tweet composer, new advanced search features, new column types and a new way of grouping columns in clean workspaces.” A menu on the left shows a number of “decks”

; centered around things like food, entertainment and news, as well as a “primary” deck.

Any major changes in TweetDeck will surely be met with skepticism from heavy users. Many of those who use the app do so as part of their jobs, and important updates that disrupt people’s workflow may not sit well with them.

It’s still worth remembering that this is a test, and things can change before the updated TweetDeck rolls out more widely. “Through these tests, we are exploring how we can give people more customization and control using TweetDeck,” Beykpour said in a tweet.

Rumor has it that TweetDeck may become part of the company’s subscription service. Beykpour added some fuel to that fire when we discussed the app’s revision. “We take these lessons into account as we explore what TweetDeck may look like in Twitter’s subscription offerings later. We’ll have more to share soon as we learn from these tests,” he wrote.