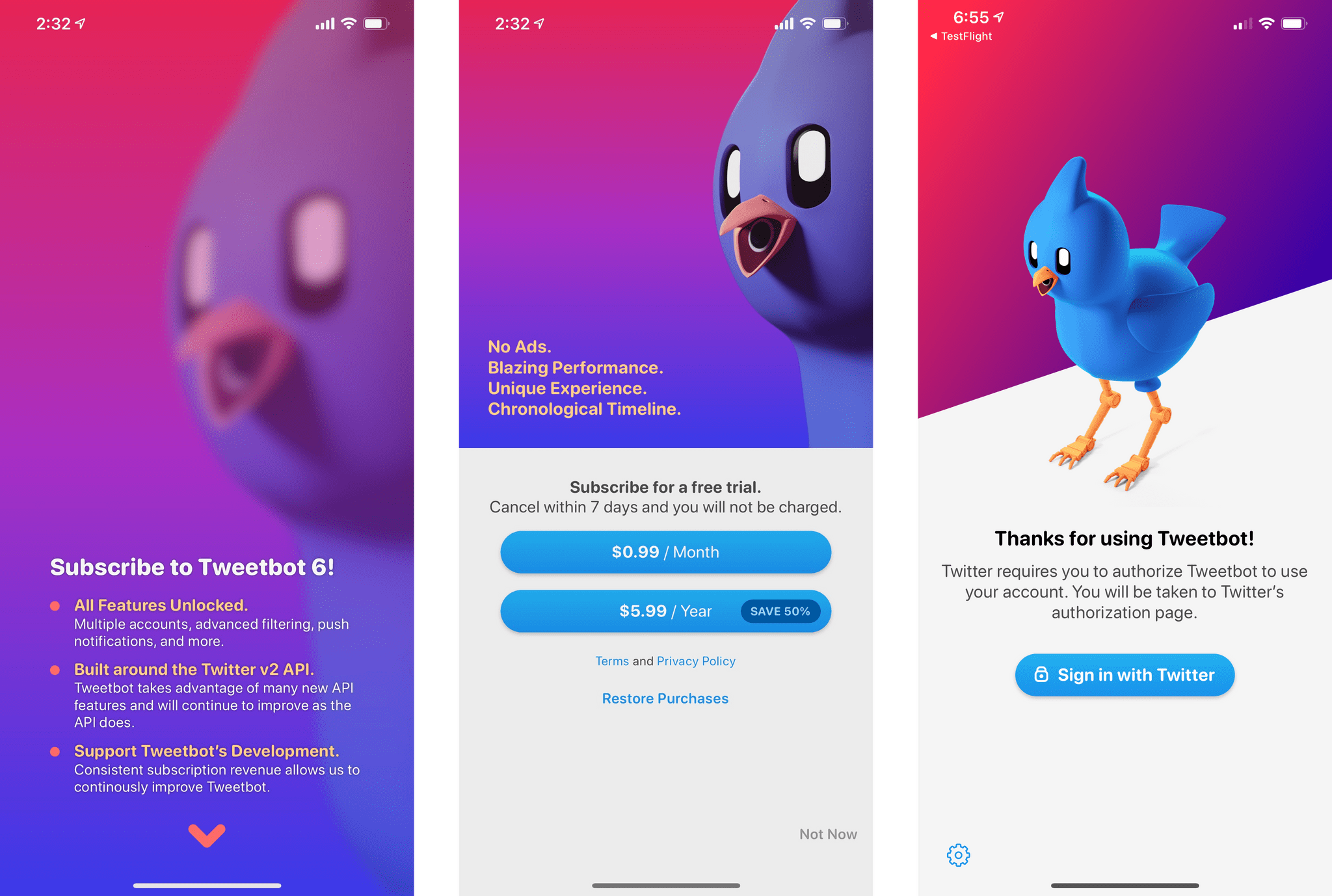 Tapbots, the maker of Tweetbot, has released version 6 of the app, introducing a new pricing model for subscriptions along with a handful of timelines and design updates.

The subscription costs $ 0.99 per month or $ 5.99 annually. Many of the features that were previously available as part of the paid app, including support for multiple accounts, advanced filtering and push notifications, are now just subscription features. Tapbots says that subscribers will also benefit from future updates as Twitter expands the third-party APIs and ensures Tweetbots’ continued development. You can still download the app to see your timeline if you are not willing to subscribe, but the free version is read-only, so it is not possible to tweet from it.

Aside from the new pricing model, Tweetbot 6 has only implemented a handful of new features, including a few timeline view changes and a few design changes. In the main timeline you will notice more thumbnails than before. Polls and cards are also visible thanks to the implementation of Twitter̵

7;s latest third-party APIs, and there are new dedicated ‘@’ and ‘#’ buttons in the app’s tweet composition sheet.

Tweetbot 6 has also implemented changes to the app’s settings:

I have no problem with the subscriptions conceptually, but they rightly carry the expectation that in return for regular payments, users will receive meaningful, periodic updates. Recognizing this, many developers take the time to go for a subscription with a significant app update to start on the right foot, something Tapbots has not done. Tweetbot’s subscription is primarily based on the promise of future updates. Although the Tweetbot subscription is not expensive, I think Tapbots owes users more than it has delivered. It’s a shame because Tweetbot is still one of the top third-party Twitter clients for iOS. Hopefully the lack of new features in this update will be resolved in subsequent releases.

Tweetbot is available as a free download on the App Store, but a subscription is required to send tweets and access other features.

Do you have an old tablet? Put it to work in the kitchen