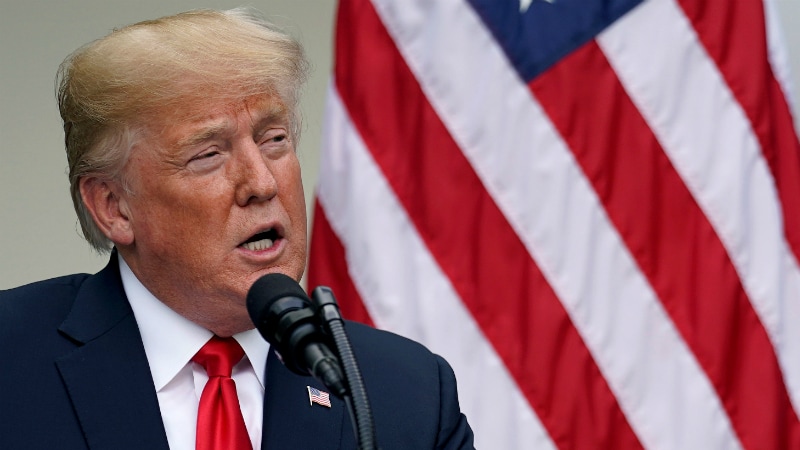 US President Donald Trump has once again mistakenly claimed that Cupertino-based tech giant Apple plans to build new factories in the country.

During a speech in the White House on Friday focusing on US state economy, Trump said: "Apple alone brings in $ 230 billion and they build new plants, they build a fantastic campus, they're going to spend their money very wise, but they use it in our country, not in another country. "

" It was made possible by the new tax cuts and reform plan, "he added.

In January 2017, Trump said he spoke to Apple's CEO Tim Cook over the phone and promised to build "three big plants" in the United States. But Cook never responded directly to that requirement.

What Apple actually announced in January was to contribute $ 350 billion to about the US economy over the next five years, which includes an estimated $ 55 billion (approximately Rs.3,7 lakh crores) investment in 201

"The company plans to establish an Apple campus in a new location, which will initially provide technical support to customers. The location of this new facility will be announced later this year," Apple

. Investments will concentrate on three areas where Apple has had the greatest impact on job creation: Apple's Direct Appointment, Expenses, and Investments with Apple's domestic suppliers and manufacturers, and grants to the fast-growing Apple App Store created with the iPhone and App Store.

Apple, already the largest US taxpayer, expected repatriation tax of approx. $ 38 billion as required by recent changes in tax law.

As per Rt of total investment, Apple will spend about $ 55 billion with US suppliers and manufacturers in 2018.

Apple expects to invest over $ 30 billion (about Rs. 2.05 lakh crores) in spending in USA over the next five years and create over 20,000 new jobs through hiring on existing campus and opening a new one. Apple already has 84,000 employees in all 50 states.

Over $ 10 billion (about 68,600) of Apple's expanded investment will be investments in data centers across the United States.

"As it turned out, Trump apparently referred to the unique plant built by Foxconn in Wisconsin, which started building last year. The plant will make big LCD panels, nothing for Apple," reported 9to5mac.com.