Toyota Supra Is Back On Track In Latest Teaser 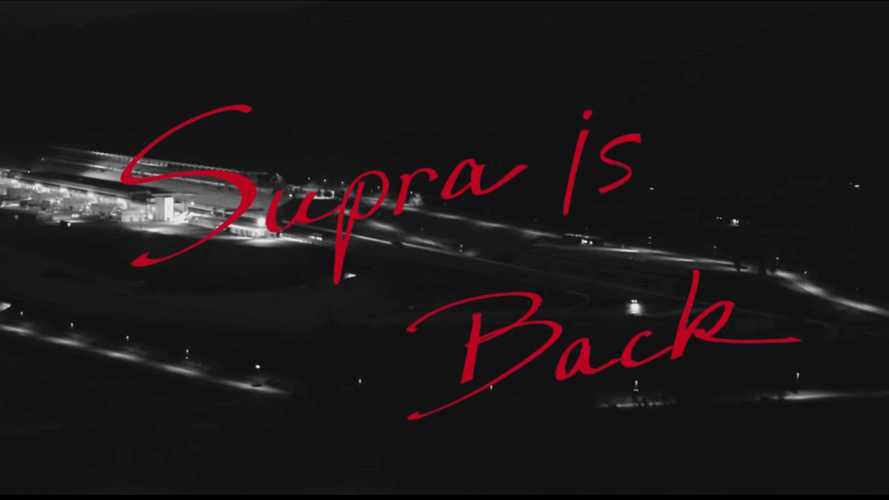 Apparently, Toyota didn't read Motor1.com's Airing of Grievances because the company has released yet another teaser for the revived Supra. The sports coupe is technically visible in this video, if you count it in black and white, and the camera is at an altitude of a few thousand feet.

According to Toyota's description, the clip catches the Supra's " engine sound echo on the circuit at the foot of Mt. Fuji. " Given that hint, the track is presumably the famous Fuji Speedway.

While this teaser clip doesn't really let us see the Supra, a recent leak has the cat out of the bag (gallery above). After so many previous spy shots, the design matched our expectations by combining a long hood and short rear deck. Rather than going retro, Toyota's team blends elements from the FT-1

and FT-HS concepts to create a modern-looking sports coupe.

Under the hood, we know that the Supra is available with BMW-sourced engines. The 3.0-liter turbocharged six-in-six from the new Z4 is the range-topping powerplant to launch. There's also a less potent 2.0-liter turbocharged four-cylinder, and Europeans have the choice of an even less powerful 2.0-liter mill, too. All of them would come with an eight-speed automatic gearbox.

While the close mechanical relationship with the BMW Z4 might turn some purist customers into launch, but a Toyota-sourced heart might be available in the Supra eventually. Chief engineer Tetsuya Tada says that a more hardcore version is already under discussion. An open-roof variant might arrive eventually, too. Racing three different versions of the Supra should give the team a very clear idea of ​​what a more potent Supra requires.