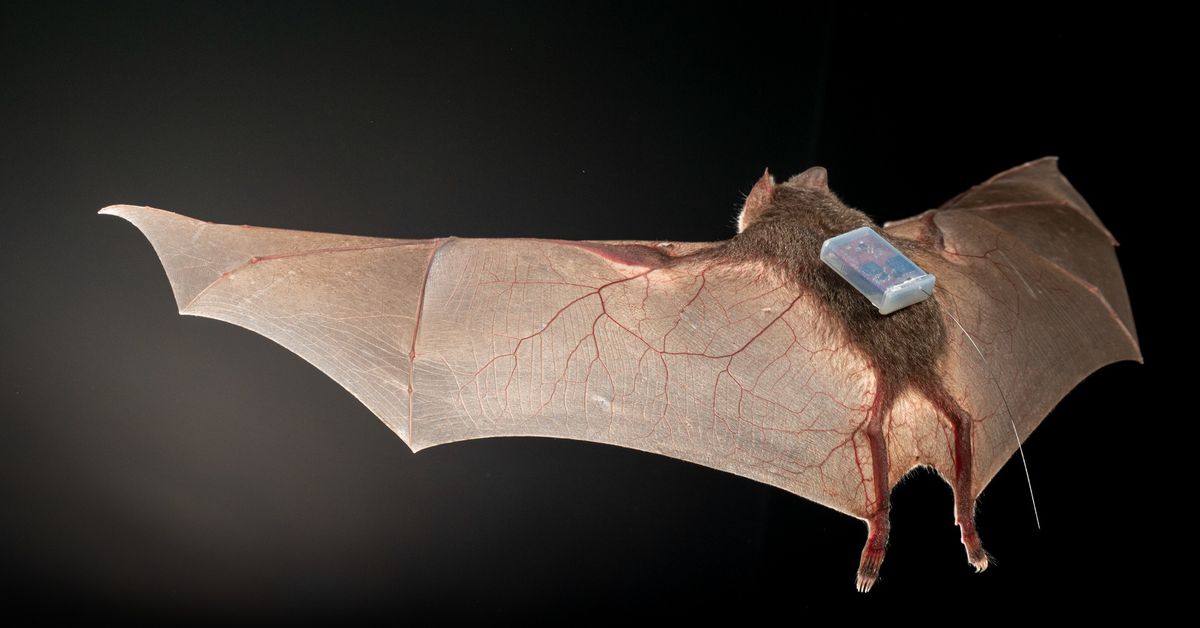 Bats are elusive little creatures, making them the perfect subjects for scientists to try out new animal tracking systems. This is good news for me especially, because I love both bats and see pictures of animals with tough little spores on them. How can you look at these harnesses with ridiculous antenna hats and not laugh at least a little?

One of the latest innovations in wearable tracking is the dulog system, a wireless sensor network built by biologist Simon Ripperger and engineer Niklas Duda, which was put to the test in several flag tracking studies in recent years. Now that the dulog has proven its kind with bats, which are small, nocturnal and generally difficult to observe, the couple believes that it can be useful to monitor all kinds of animals.

“If your project can succeed with bats, it can probably work with most species,”

; Ripperger said in a recent blog post from Silicon Labs. When he first started the flag tracking industry, he saw that the consultant “essentially ran behind bats and chased them with an antenna.” I want that image in my mind for a while, but Ripperger and Duda think dulog’s small sensors will make animal experiments easier – less hunting is required.

The data collected with dulog codes can be downloaded externally, which means that after the first attachment, researchers do not have to pinch animals to retrieve data from their codes. They are also smaller and lighter than today’s GPS tracking systems that allow you to download remotely – the bat pictured above fits in the palm of your hand, and the sensor weighs less than a gram. What’s most exciting about Ripperger is that the codes “talk to each other”, which means they can be used to track the social behavior of tagged animals based on their closeness to each other over time.

So far, the dulog system has been used in studies that have yielded some wonderful findings: mother flies guide their puppies from roost to roost, former bats in captivity maintain their social conditions when released into the wild, and bats show “social distancing” behavior. are ill. Following these bat-based successes, Ripperger and Duda hope to begin selling the system to researchers for use with other animals, both large and small.

When it comes to possible applications for the system, “the sky is the limit,” says Ripperger. I’m not involved in any important animal research, but personally I would like to hook a tag to my dog ​​to keep an eye on her general evil. I guess they will also be useful in keeping track of which squirrels are the biggest offenders in eating my bird seed. Currently, they are not available for direct order, so I will leave the science to the researchers and continue to enjoy pictures of animals with backpacks and hats.