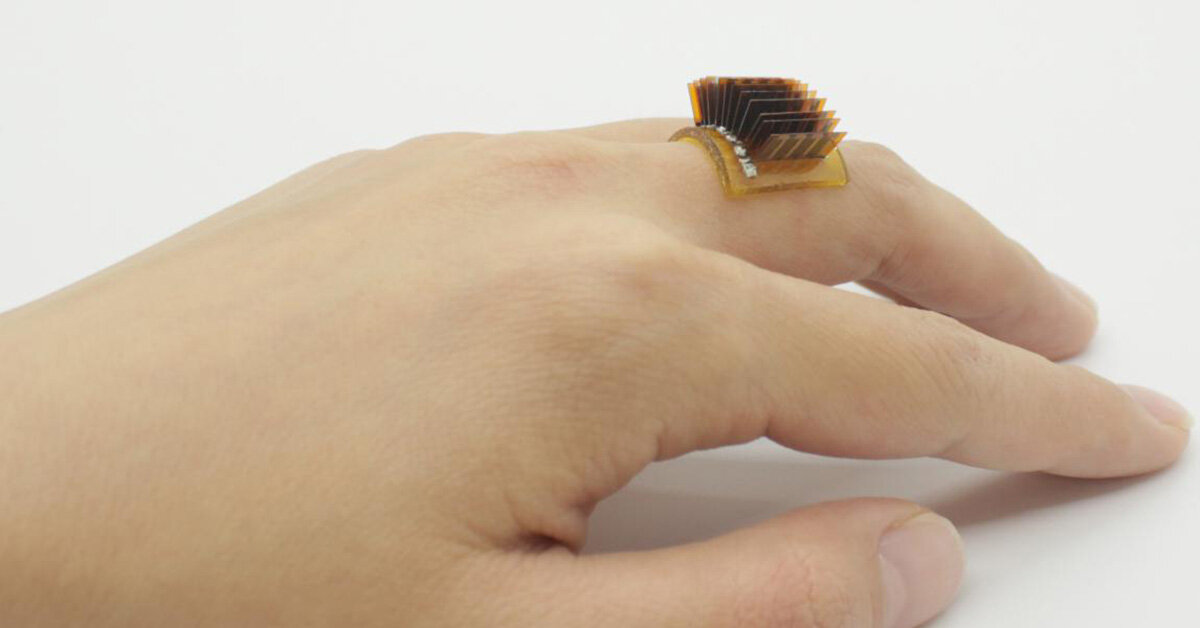 Researchers at CU Boulder have created a new portable device that can turn body heat into a biological battery. With a thermoelectric system that utilizes the temperature differences to produce electricity, the device not only harvests energy from the human body, but is also able to repair itself when damaged.

‘In the future, we want to be able to power your portable electronics without having to include a battery,̵ 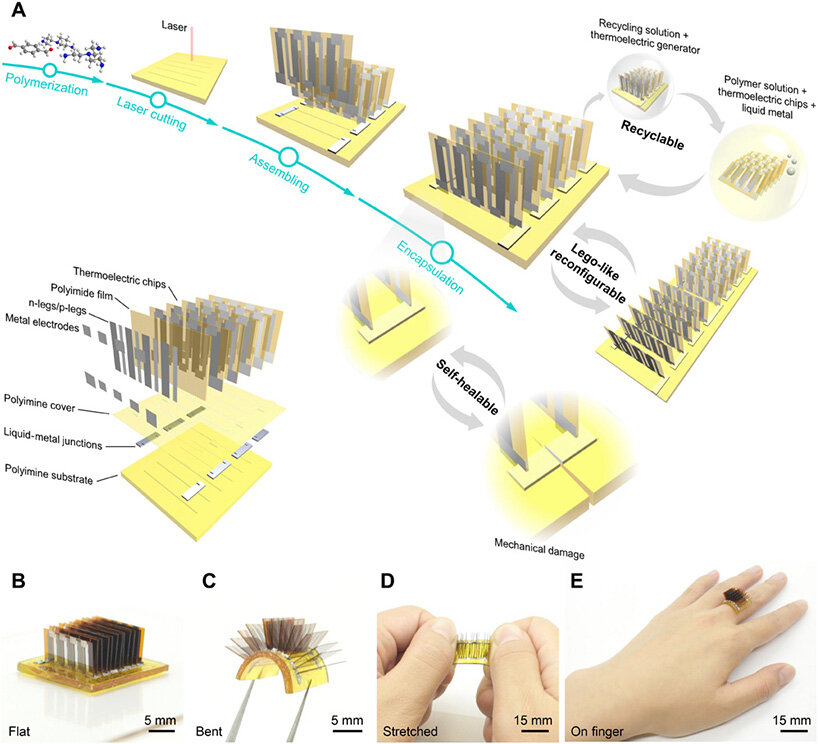 The thermoelectric portable device, in this case a ring, is capable of generating approximately 1 volt of energy for every square inch of skin space. This means that it produces less energy than existing batteries, but still enough to power electronics such as watches or exercise trackers. the fact that it can heal itself and that it can be fully recycled, makes it a cleaner alternative to traditional electronics. 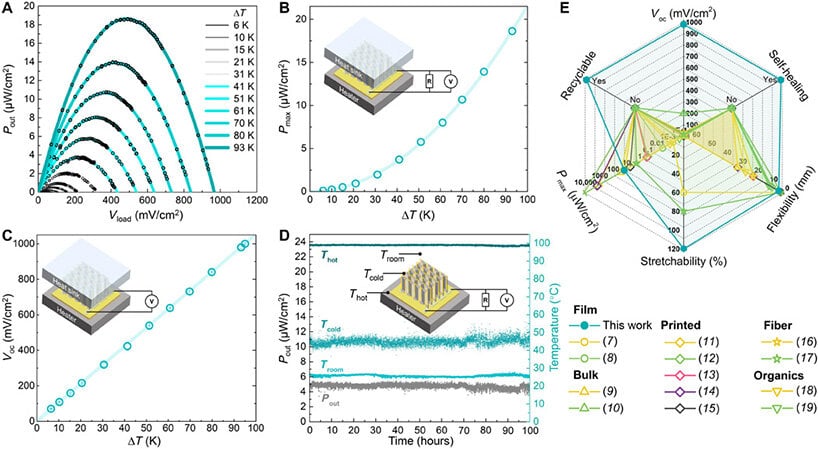 “when you use a battery, you drain that battery and will eventually need to replace it,” sa xiao. “The great thing about our thermoelectric device is that you can use it, and it gives you constant power.” 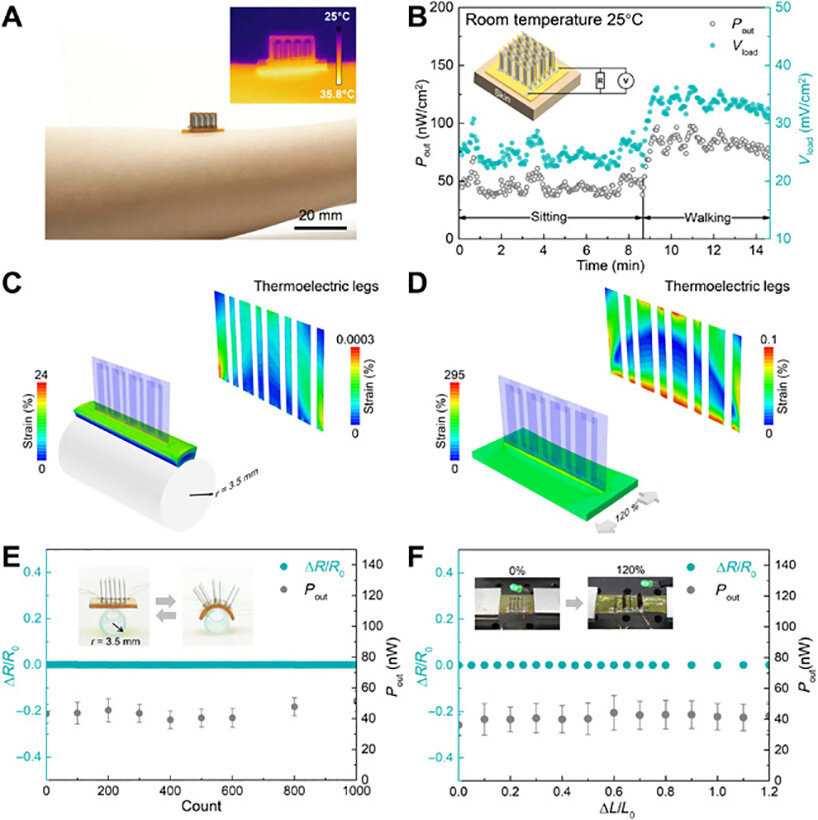 the laptop is made of an elastic material called polyimine with a series of thin thermoelectric tiles attached to it, which are also connected to liquid metal wires. “Our design allows the entire system to be stretched without adding much load to the thermoelectric material, which can be very brittle,” continues xiao. “The thermoelectric generators are in close contact with the human body, and they can use the heat that will normally be distributed in the environment.” 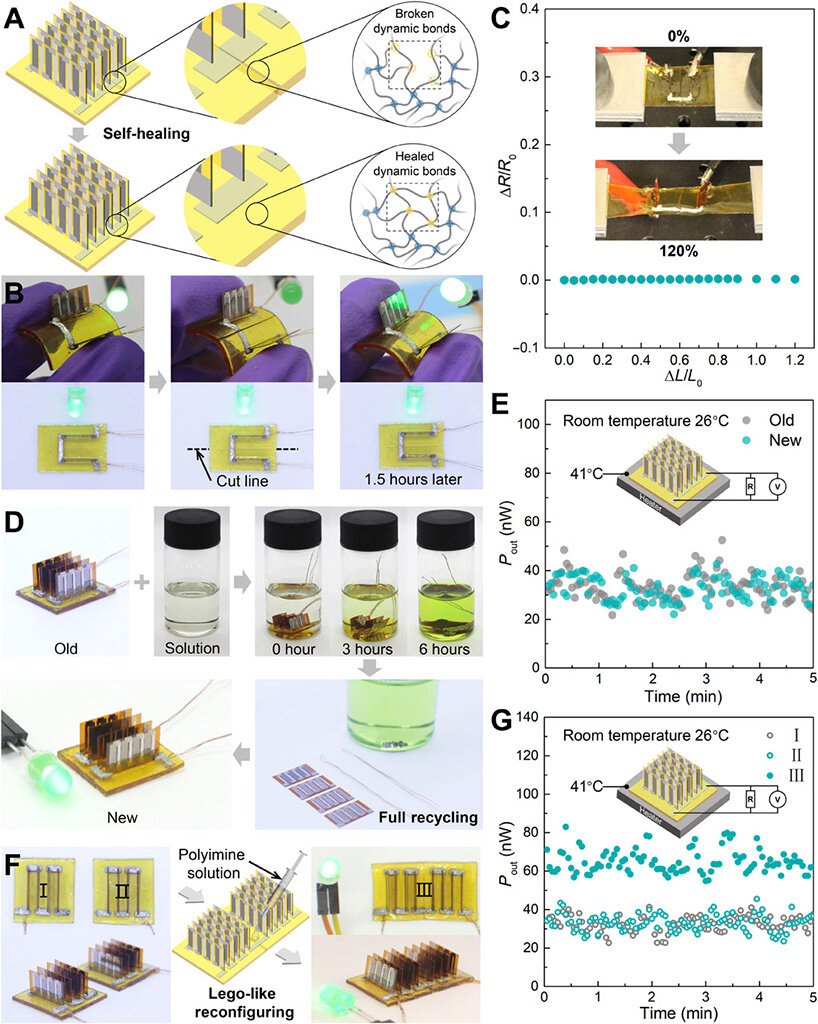 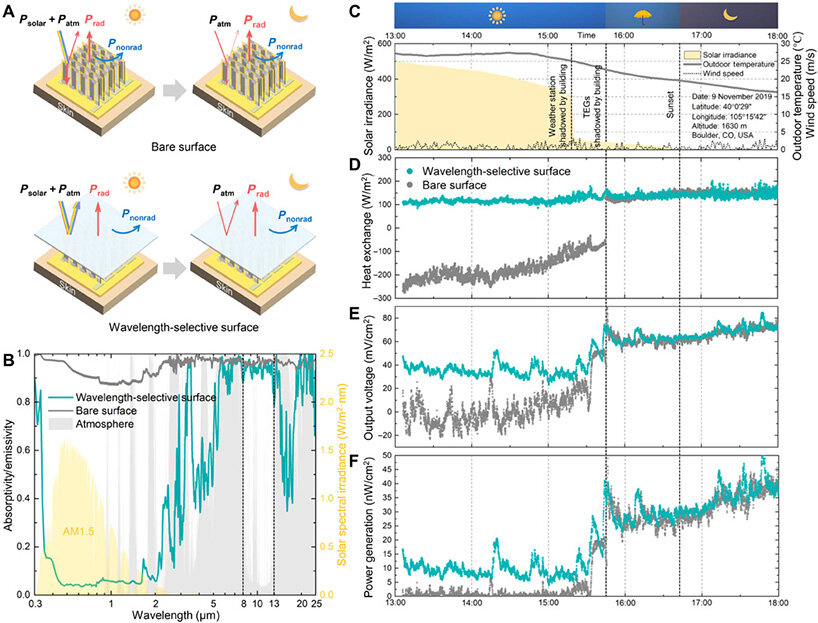 Buy and play these Super Mario games before they go away