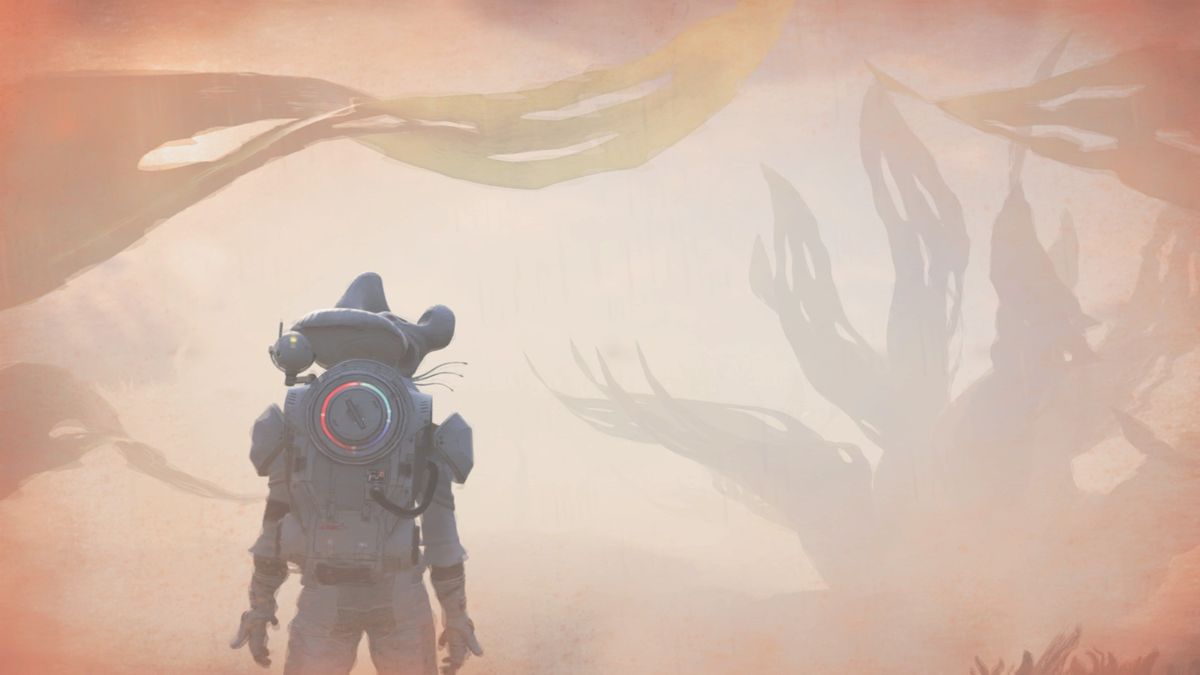 Hello Games has just added a host of new features to his space sandbox with No Man's Sky Next, and here I'm going to ask for more. I ask for a remote camera that I can place on a planet so that after I leave the light years behind, I can still turn on a screen in my ship and take a look at what's happening. I made a video on YouTube (also here on YouTube) of a planet I visited which had some of the most ever horrendous creatures I've seen, but it's a planet I still finished exploring for days and did not want to leave.

When it comes to No Man's Sky, I'm not a bassist. I have been to many planets, but few that made me feel like setting up a shop. I take some pictures, maybe do a little documentation (as I did on the colorless planet I called Sadworld this week) and move on forever. There are some quadrillion other planets to visit! I have no time for sentimentality.

Therefore, I was a little surprised to be so attached to a planet called Obosthom Gaur. First and foremost, it's in a system that seemed cool the moment I entered it. Just look at these beautiful babies all rounded up on a line for me to land on and criticize (there's even a fifth planet in a row but far too far to fit into the frame):

9659002] The clean front? It's Obosthom Gaur, and I landed there first. At least I tried: The planet was seized in a storm so impenetrable that I could not see more than a few meters in front of me. At first I could not land at all: it turned out I was over a sea I could not even see. On my second attempt I put up in a cave. My third attempt made me on a solid hill, but I still could not see except for a number of huge alien plants waving around the wind and rain.

Many planets in No Man's Sky look strange, but this is the first for a while that really felt stranger. The weather was just the beginning, hiding the planet from the view most of the time, but then a glimpse of sensational sunsets and the rest of the solar system before it began to storm again. I would look up at the blue-tinted bellied planet in the sky, and then the clouds would pass in front of it, and when they cleared, the rings would be bright amber. The huge plants wrecked and waved slowly as if they were caught in a sea stream. Despite yellow clouds and pink rain the seas were bright blue. The storms would come in a moment, transform the world into a dazzling white for ages, and then drain as fast. Half of the time I could not even tell if it was daytime or night.

So, yes, I guess I will love a little remote camera I could leave that while I make long trips from the planet to the planet in the future, I can only turn on a screen in ship my ship and see how the weather is like at Obosthom Gaur. In the meantime, I actually think to break my own rule and build me a small base with a teleporter. Only in case I've got a little sentimental and will come back. I have a feeling, somehow I want to get up and miss all that rained.

(Just for fun, here's some extraction from my weather because this one strange creature would not stop messing with my car.) [19659002]