This Cloud Computing Billing Expert is a lot of fun. Seriously. 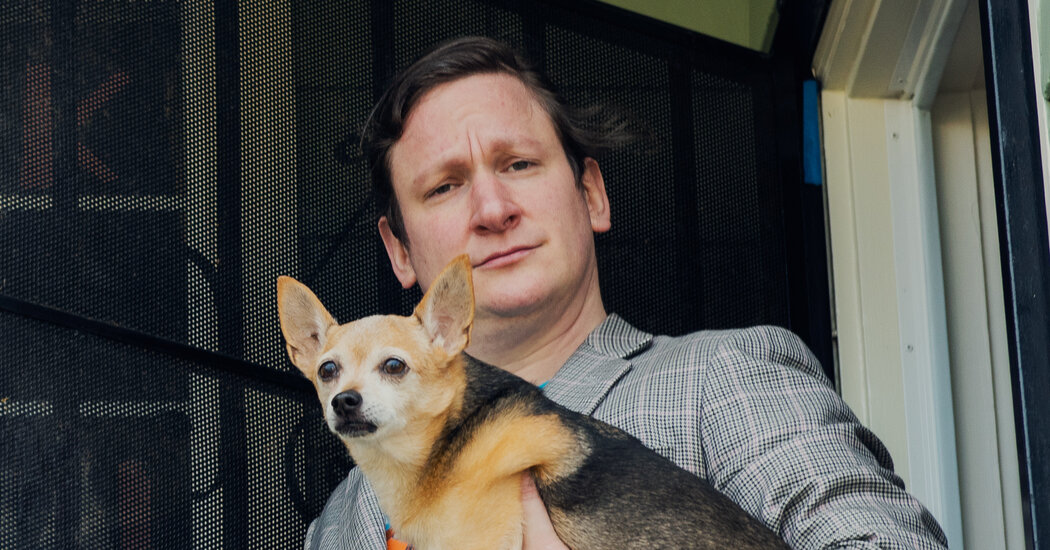 OAKLAND, California – When Jeff Barr, a senior executive at Amazon’s cloud computing division and a great corporate blogger, celebrated his 60th birthday last year, Corey Quinn had a surprise for him: a music video that mocked Amazon’s business.

“Jeff, can you write me a launch blog post,” sang a cartoon Amazon manager to the tune of Billy Joel’s “Piano Man.” “What we have built is a mystery to me. But it’s big and bespoke, and the console is a joke. But if it is sent, I can make VP ”

After the video was released, Mr. Quinn, who consults Amazon customers to help them reduce cloud computing bills, was happy to adapt the technology.

“The best days start with the fact that I only know that my planned stunts will result in at least eight internal @awscloud meetings and a contingency plan,” he wrote on Twitter. “Today is just such a day.”

The world of cloud computing is not known for humor or great personalities. Mr. Quinn, 38, is an exception: a rude and outspoken person who is part technical analyst, part internet troll and part watchdog. With a reverent style that mixes technical insight and sharp humor, he publishes a weekly newsletter with 21,000 subscribers, records four podcasts a week and makes YouTube videos full of geeky jokes for cloud computing insiders. He also maintains an extremely active Twitter feed.

Officially, Mr. Quinn calls himself a cloud economist, a term he made up when he began consulting in 2016. He thought it was less depressing than a cloud accountant.

He rarely provides an opportunity to investigate, analyze, explain, mock and defend Amazon’s cloud unit – sometimes all at once. He works with major Amazon clients such as The Washington Post, Ticketmaster and Epic Games, who seek advice on contract negotiations or the best ways to reduce cloud computing costs.

Based in San Francisco, his consulting firm, Duckbill Group, has 11 employees and only works with Amazon Web Services customers – making his comments even more important at Amazon. It also gives him more leeway to be the company’s pest control company.

“It’s a crazy relationship. When he talks, people listen there, ”said Ana Visneski, a former Amazon employee who frequently contacted Mr. Quinn as she steered the process of releasing new products. “Even if someone does not care about snoring.”

Amazon Web Services, better known as AWS, is Amazon’s most profitable business, but it does not generate the same attention as the company’s retailers, although the impact may be greater. The computers in Amazon’s data centers run large parts of the Internet, including Netflix and Disney +, while large and small businesses rely on AWS infrastructure to stay connected digitally.

“Everyone wants to talk about the other aspects of the business that are easier to pack their heads around,” Quinn said, “but if we look at the next 10 years of Amazon, it’s pretty clear that AWS is going to be the crucial part of the story. ”

The growth of Amazon’s cloud business has created opportunities for Mr. Quinn to build a dedicated trailer. At the 2019 AWS conference in Las Vegas, several dozen attendees approached him for selfies.

Amazon declined to comment for this article, and did not make Mr. Barr available for comment. In response to a description of Mr. Quinn as a funny person in an industry without humor, a spokesman for Amazon responded with a link to a light video for an AWS product launch and a smiley emoji.

Mr. Quinn took a roundabout to become a cloud computing influencer. In 2003, he graduated from the University of Maine, where he studied computer science. He jumped from one dead end to another before working for technology consulting firms and start-ups. In 2015, he worked in a start-up of financial technology when the investment company BlackRock bought it. He left the job a year later to start his own consulting company.

“I’m absolutely awful as an employee,” he said. “I have sharp elbows. I get bored easily and drift into other people’s paths. ”

After years of trying to make sense of the company’s AWS bill, a confusing amount of fees for services and data storage and transmission that can extend to more than 100 pages for heavy users, he decided that other companies could use his expertise.

“I can describe what I do in six words: I fix the awful AWS bill,” he said.

He also focused on more companies starting to use AWS and using it more often. He was right. These days, the cloud computing bill is ranked as the third largest expense for many software companies on the Internet, and has only payroll and office space.

To market his consulting firm, later renamed the Duckbill Group, with an angry platypus as his mascot, Mr. Quinn launched his newsletter, “Last Week in AWS,” in 2017.

In 2018, he almost accepted a job in the AWS billing team, but the company demanded that he sign a broad non-competitive clause that prevented him from traveling to an Amazon competitor. In a blog post accompanied by a photo of a man with both middle fingers extended, Mr. Quinn called such clauses “offensive” and said assurances that the company would not enforce them were often untrue.

The problem came up again last year when Amazon sued Brian Hall, a former AWS vice president of marketing, claiming he broke the non-compete clause when he joined Google in a similar role.

“What is the secret sauce he is going to take with him? Drop a bunch of awful name stuff and market them incredibly poorly to infrastructure engineers? “Mr. Quinn wrote at the time. Amazon agreed to settle the lawsuit a month later.

Like many industry analysts, Quinn is also paid by the companies he criticizes. AWS has sponsored his newsletter and paid him for advice, but Quinn said Amazon had never tried to curb what he said. Google said it had also paid him for insight.

A frequent target for Mr. Quinn’s jabs are uninspired AWS product names. After Amazon released a host of new services during a carefully planned keynote presentation at a developer conference in December, Mr. Quinn offered his unfiltered take.

“Look at these awful service names. Look at their dismay, ”he said. He called up a slide with the worst offenders: Lookout for Equipment; Trainium; Glue Elastic Views; SageMaker Data Wrangler; and Amazon Outposts, the Small Ones.

Mr. Quinn recently branched out with another AWS parody music video. Instead of a birthday message to a manager, he fried Amazon’s seemingly endless rollout of more computing power.

“Don’t stop dropping,” sings a sunglasses-wearing platypus to the tune of Journey’s “Don’t Stop Believin ‘.” “Data centers are growing and hiding somewhere in your city. Do not stop dropping. ”

Mr. Quinn said that companies with trillions of dollars of market value were fair play for his pin, but that he avoided jokes at the expense of individual employees or executives. When he made the parody video for Mr. Barr, he checked with a person close to the Amazon boss to make sure he was not crossing any lines.

Mr. Quinn said he made an exception for Larry Ellison, one of the founders of Oracle, because “no one likes him.”

An Oracle spokeswoman did not respond to a request for comment on Mr. Ellison’s popularity.