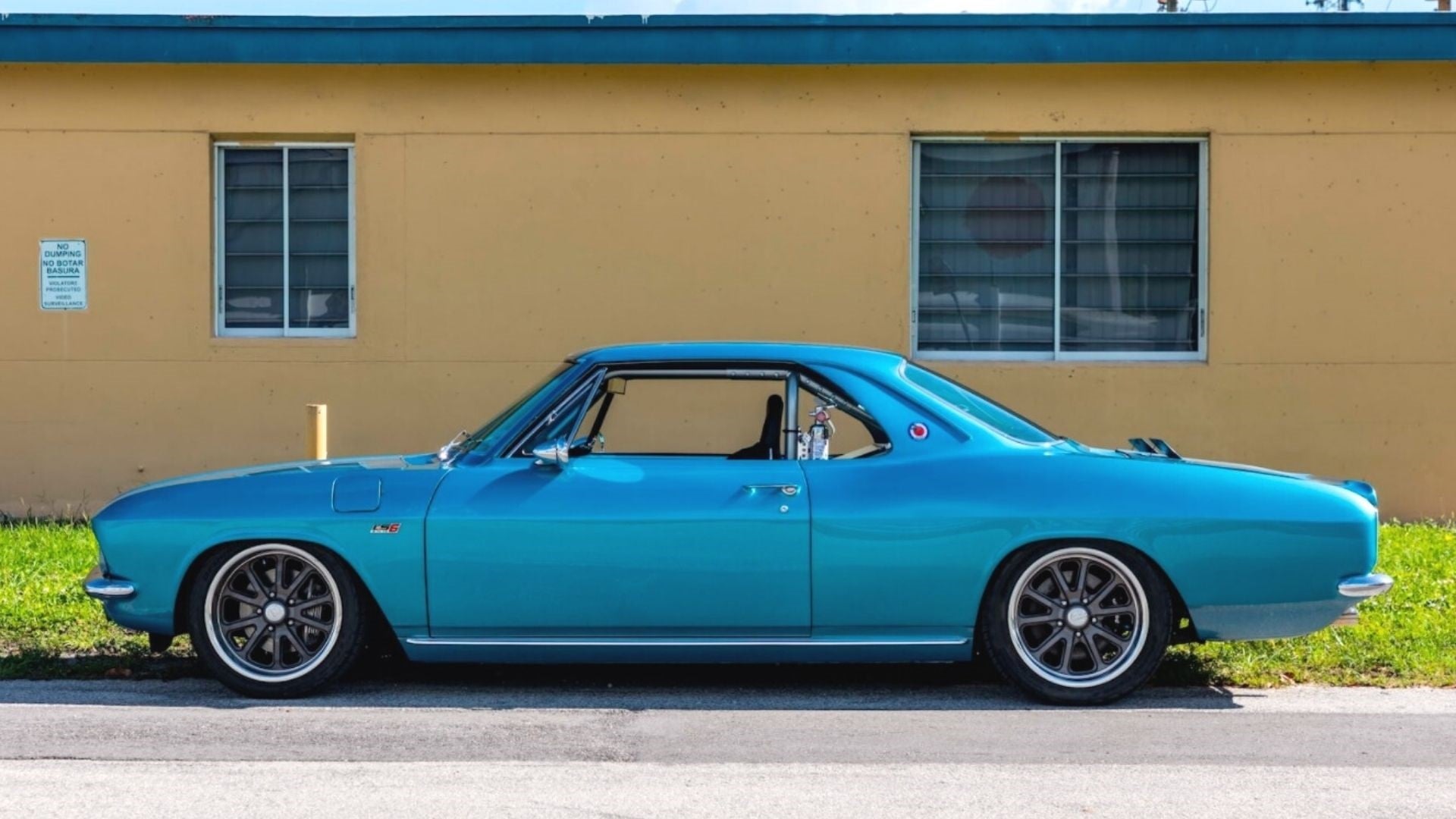 Named after the sleek Corvette and elegant Bel Air, the Chevrolet Corvair has a historic history. With the appearance in January 1960, it was clear that Chevrolet’s then general manager Ed Cole had put his heart into this car. It was (and still is) the only American-designed, mass-produced passenger car with a rear-mounted, air-cooled engine, and it was widely advertised to appeal to a number of buyers in two- and four-door versions.

The second generation of the Corvair (started in 1965) included a rear-mounted 2.7L flat-six engine that pulled nicely. Jeff Moore of The Automotive Archeologists took it a step further, and reportedly invested $ 100,000 in a 1965 Chevy Corvair Super Stinger to turn it into a 385-hp LS6-filled animal. All 2850 pounds of it will cross the auction block at Mecum Auction̵

7;s Orlando, Florida event at the end of this month, and it will have much more than that number.

An early ad for the Chevrolet Corvair proclaimed that it was “the only American car with an aircraft-type horizontal engine.” The Corvair was called “the American Porsche 911” by some, and was designed to be a light, sporty car that was fun to drive. It received a lot of negative reviews with Ralph Nader’s warning book Unsafe at Any Speed, which debuted in 1965. But when the book was published, the 1965 model had been launched with safety concerns addressed. In 1969, Corvair disappeared.

This particular Corvair is better than any available at the time, as it contains the LS V8 from Moore’s 2001 Corvette Z06 SCCA T1 race car. As reported by GM Authority, Moore produced a custom firewall to separate the seats from the engine and placed the LS6 just behind it, which helped achieve a weight distribution of 50/50. Then he topped it off with a hinged plexiglass cover to give access to the power plant.