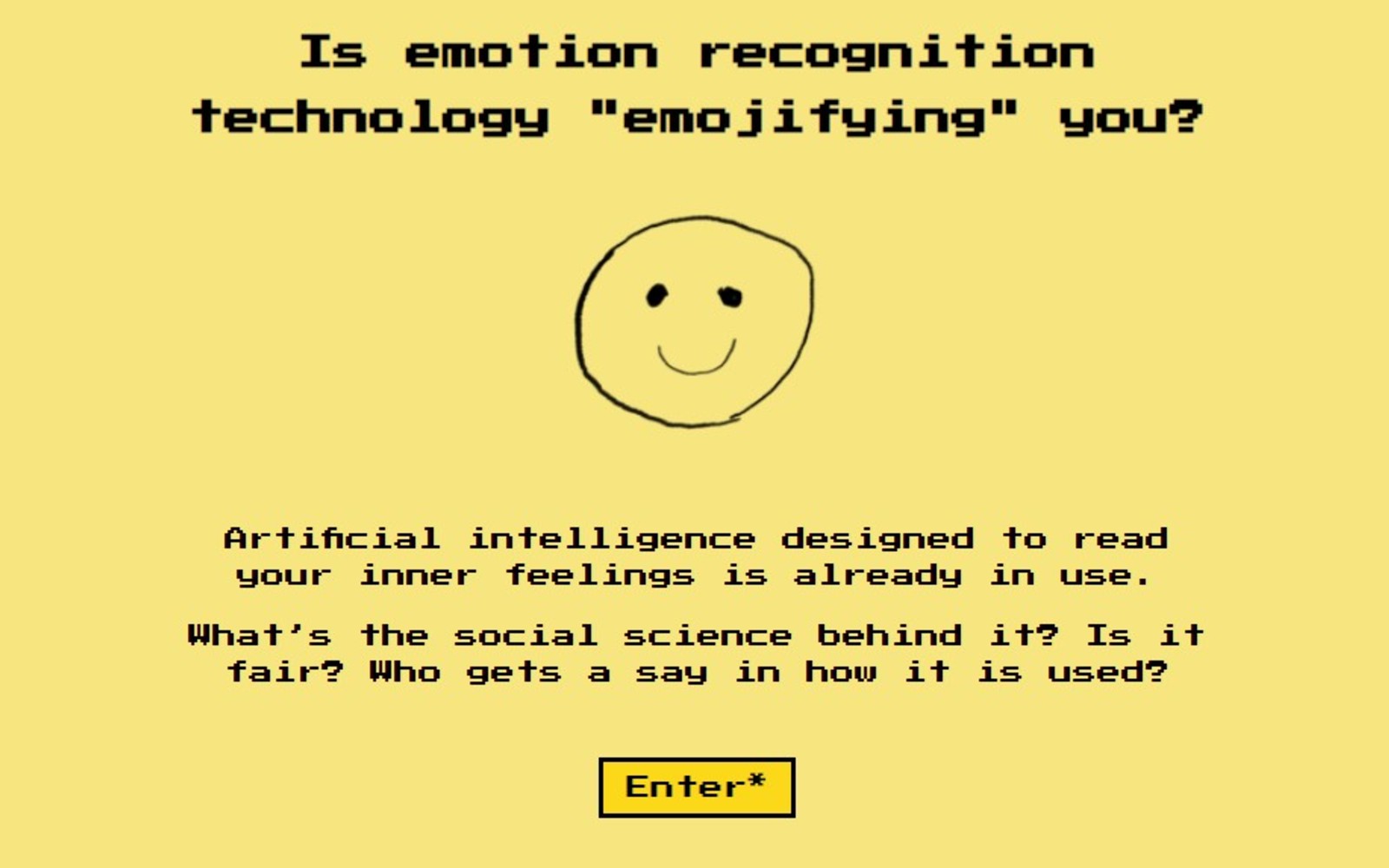 As AI-powered software that can identify human emotions becomes more common, a new browser game will illustrate the limits of technology. Discovered by , The Emojify project was created by a University of Cambridge professor Alexa Hagerty. You’ll find it again. It will ask you to look at your computer’s webcam and try to produce six different emotions: happiness, sadness, fear, surprise, disgust and anger. When you play the game, you will notice that it is easy to fool the software. For example, you can fake a smile to trick it into thinking you are happy. Ultimately, that’s the point of the experience.

What the game is trying to get at is that there is often a connection between the emotions we experience internally and the face we show to the world. Think, for example, of when someone cries. In most situations, they will do so because they are sad, but it is also known that people shed tears of joy. People are messy and complicated, and we all experience emotions differently. To suggest that it is possible to distill how we feel at a given moment in a single set of emoji does none of us a favor. As with, there is also the problem of racial bias. It was found that programs like Face ++ will usually rank the faces of black men as angrier and more unhappy than their white counterparts, no matter what expression appears.

And yet technology is becoming more common. It’s not just something you see anymore. Organizations and governments use it for everything from screening to passport security. Even Apple in the room at some point. By showing the flaws in the emotion recognition software, the project hopes to trigger a conversation about its use. “Our goal is to promote public understanding of these technologies and citizens’ involvement in their development and use,” the group said. “We believe that through collective intelligence and the sharing of perspectives on such important issues, we can empower societies to promote a just and just society.”