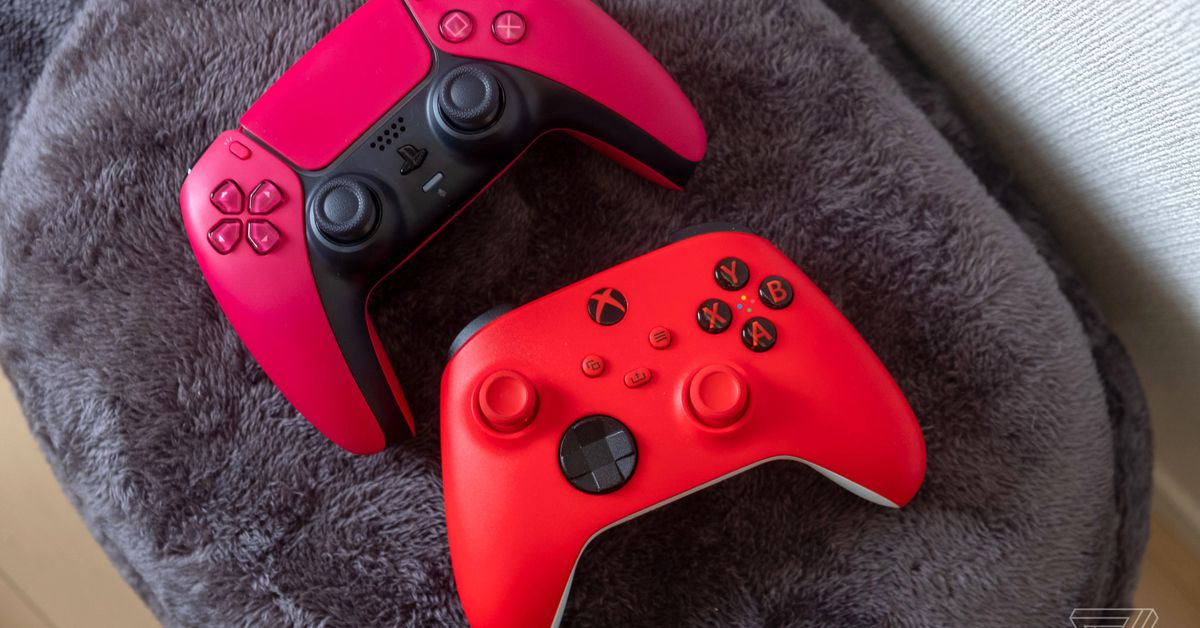 While the PS5’s split two-color design has led some to replace large pieces of plastic for a more consistent look, this month at least saw Sony release some official new color choices for the excellent DualSense controller. There are now “cosmic red” and “midnight black” models that may appeal to you more than standard black and white.

The black controller does not seem so interesting, but as a fan of red objects, I ordered the red one to see how it looks personally. The color is actually quite unusual – Sony’s marketing information places the controller in front of a bright red fog, in line with the “cosmic red”

Basically, it’s a little pinker than you might expect, and falls somewhere between crimson, ruby ​​and raspberry. I think it looks good with the black edge and manages to feel appropriate for the PS5’s aesthetic.

And yes, the little PlayStation symbols microtexture is back, though it’s still pretty impossible to see with the naked eye:

Sony is quite slow in releasing its first PS5 controller color variations. Microsoft had black, white and blue options available at the launch of the Xbox Series X and Series S, and soon followed up with red, yellow and camo options.

I also have the red Series X controller, and it’s a much simpler, primary color tone than the PS5. The difference is clear when they are next to each other.

The red and black PS5 controllers are out this week in Japan and will be available next week in North America, but it will probably be difficult to find stock similar to the PS5 itself. The black version costs $ 69.99, while the red version for an inexplicable reason is $ 5 more expensive at $ 74.99.