The proof of destiny 2: season of desire 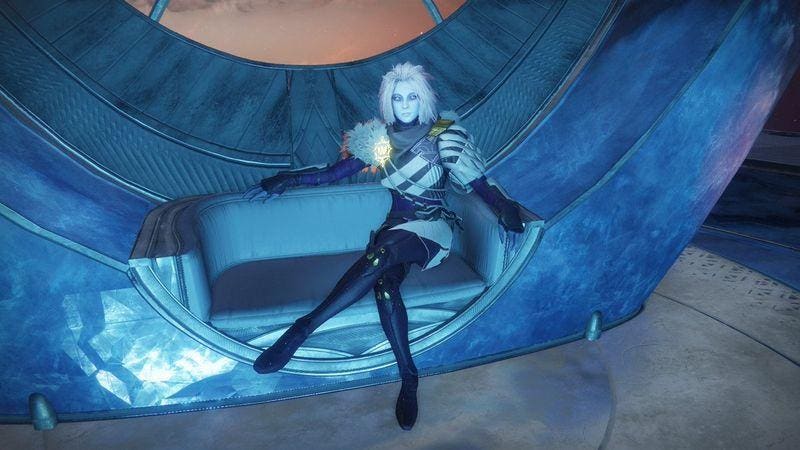 We’re about a month away from the launch of Destiny 2’s next season, which also comes with our first real look at The Witch Queen expansion from Bungie. But season 15 is the key as a bridge to that point, and it also seems to be much longer than a normal season, maybe 5-6 months, given the witch queen’s delay and unknown release date.

I wanted to talk about what I think the focus for next season will be, and why I think we are going in this direction. This is not based on all the leaked information, as I have avoided the one long leaked document that to some extent continues to pass. If there̵

The 15th wish is a central piece of the Destiny story, the final wish related to Savathun, the Riven and the fate of the dream city. And this is where I think the focus will be this season, and not just because the numbers fit well.

So first, in Season of the Hunt, we received a message at Zavala’s office at the end of a bunch of Osiris messages from none other than the missing Mara Sov herself, claiming she’s coming back. I have transcribed the message in its entirety here:

“To all corners of the system I have emptied the armor on the outskirts. Sent Corsair warship fleets. Deployed harbingers. And yet … The black fleet persists. I know what’s taken from you. Petra … I’ve been gone too long, and I’m sorry. Your compassion and leadership has been a blessing to me – and our people. It all started with Dreaming City. I’ll be back to finish it. (sighs) Savathun will wait. ”

So this says a lot that Mara Sov is returning to the dream city and it seems like an event that will take place for the witch queen, not under it, as the focus will obviously be on the new zone (currently theorized as Old Chicago). So my money is on next season.

In the past, events from this season have adapted to set up a story that could result in the ultimate breach of the Curse of the Dreaming City. Quria, Vex Taken Mind and Savathun’s pet, were responsible for the time-loop aspect of the Dreaming City curse, the repeated three-week cycle. In theory, with her death, there should be a big step forward in how we cleanse the dream city of the curse once and for all, and I would not be surprised to see Quria’s destruction open the door to it as the main story next season. I do not know what the “last” step would be to remove the curse completely, but that may be where we are headed.

It also makes sense to me that we are approaching a peak in Crow history. We’ve been developing his character all year, with Crow separated from the man he used to be, Uldren, and yet we occasionally see glimpses of his old self sticking through, something that should not … happen to memory-wrenched guards. So what happens if his long-lost sister returns, the one he sold his soul to try to bring back? There is reason why this may be the climax of his long history.

There is one last aspect to this, the fact that it may make some logical sense that after the Dreaming City curse is broken and the land is cleansed, there may be a historical reason to vault the zone, along with the Forsaken content, the dungeon and the raid that is closely linked to the curse. We know that something will travel with The Witch Queen, and it would make sense to have a “cured” dream city without being attacked, other than how the darkness hid the other vaulted zones.

But while it makes sense, I do not think it makes sense in other ways, and I hold on to my prediction that EDZ will be vaulted instead. If the Witch Queen brings Old Chicago, there’s too much overlap with another wooded land zone. EDZ has hardly any history relevance now that the Red War campaign is gone. And Forsaken content should be made free for players for a while before it is completely removed, something Bungie has seemed to indicate in the past. But it is possible I guess.

Anyway, that’s my theory for season 15, Season of the Wish. I will adjust this as we learn more.