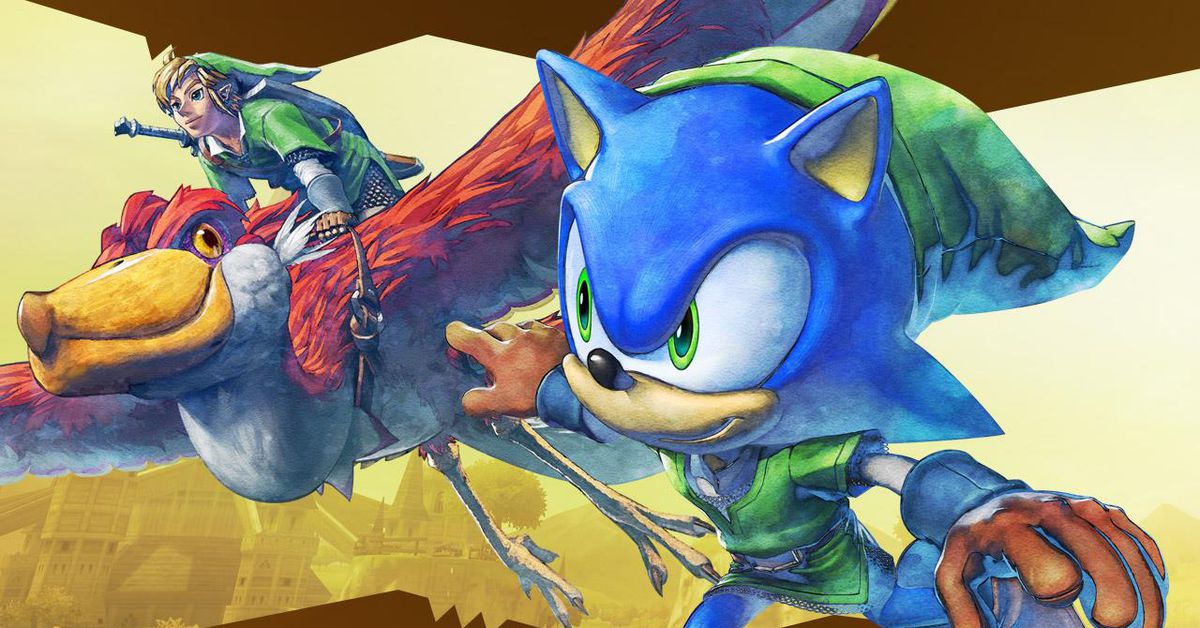 The Legend of Zelda: Skyward Sword HD came out Friday for the Nintendo Switch, but personally I can not stop thinking about the one time Sonic the Hedgehog went to Hyrule.

Sonic ventured into The Legend of Zelda Zone as part of downloadable content for Sonic: Lost World, a 3D Sonic game released on the Wii U and Nintendo 3DS in 2013. Zelda Zone was actually a Sonic course that drew inspiration from various Zelda games such as Ocarina of Time and Skyward sword. (Sonic also got to visit Yoshi Zone in a separate piece of DLC for Lost world.)

Throughout the level, Sonic runs through recognizable Zelda locations such as Hyrule Field and Death Mountain. Occasionally we will see Link hovering overhead on a Loftwing. At one point, Sonic is launched into the air, and Link waves at him.

The level is just very sweet. In addition to Sonic using Link’s iconic green tunic, it is filled with other references. It replaces Sonic’s golden rings for rupees. All music is from Zelda. Sonic can also open chests and get new heart containers that expand his health bar. At the very end, Sonic finds a special surprise. You can check out a complete review of the level here.

It’s fun to watch, apart from the occasional fight, Link and Sonic don’t get along very well. Here they both get to experience adventures through the big green world together.