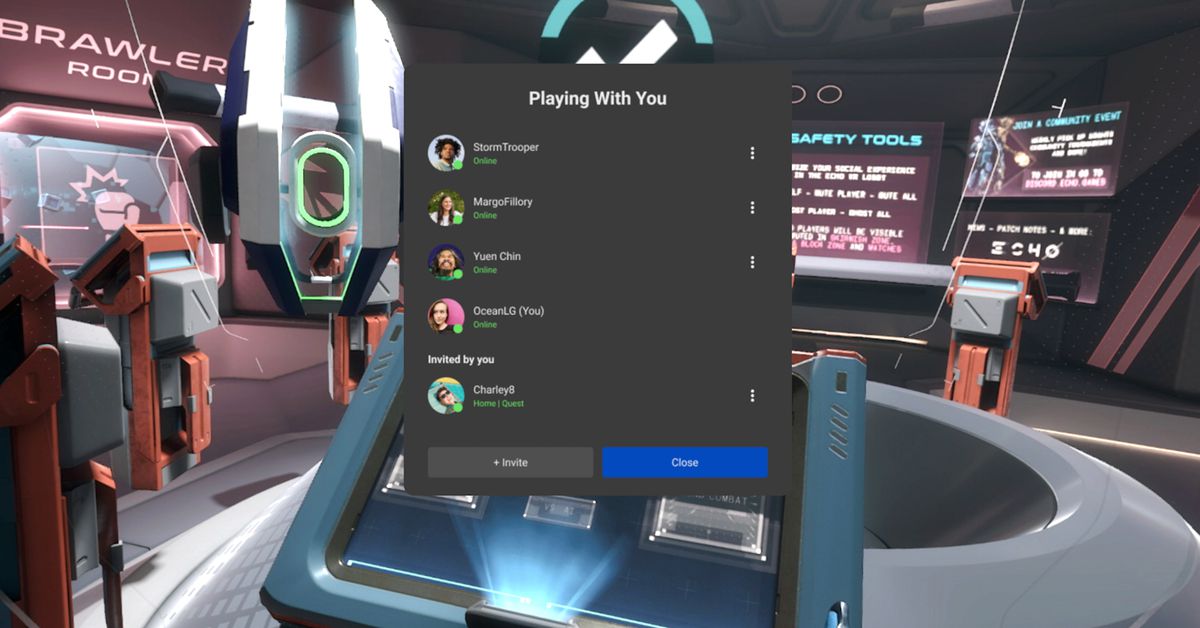 Oculus launches its v31 software update for Quest and Quest 2 headsets starting today, and it’s filled with some nice improvements to the quality of life. The great thing is that it becomes easier to invite friends and recent teammates who are not friends to play a game or experience an app together. When in the game or in the app, press the Oculus button to bring up the universal menu as usual, but soon more apps will display a new “Invite to app” button next to the “Continue” and “Exit” buttons. If friends accept your invitation, you will be able to see them in the menu. This feature will soon come into play as Beat Saber, Blaston, Demeo, Ekko VR, ForeVR Bowl, Hyper Dash, PokerStars VR, and Top golf with Pro Putt.

If you do not want to correct the group in VR, an upcoming update of the Oculus app on iOS and Android will let you create a multiplayer session there and then. For supported games and apps, you will be able to whip up a link that can be shared with others to join the group. You can also choose how long the link should be active. Any major platform with a social component should have intuitive invitation tools like these, and I̵

Other features that come with the v31 may or may not get as much use, depending on how you use the Quest headset, but are still important. With the update, the browser app will also have the ability to store and auto-fill passwords, secured with an unlock pattern. Both the unlock pattern and the passwords are stored on the device, says Oculus in its press release.

Oculus also adds send and read receipts to the Messenger app, as well as reaction emoji – straight from Facebook. Admittedly, this should make it easier to respond to people instead of fumbling with the virtual keyboard.

If you are waiting for the v31 to hit the headset, keep in mind that it may take a few weeks to get to yours.