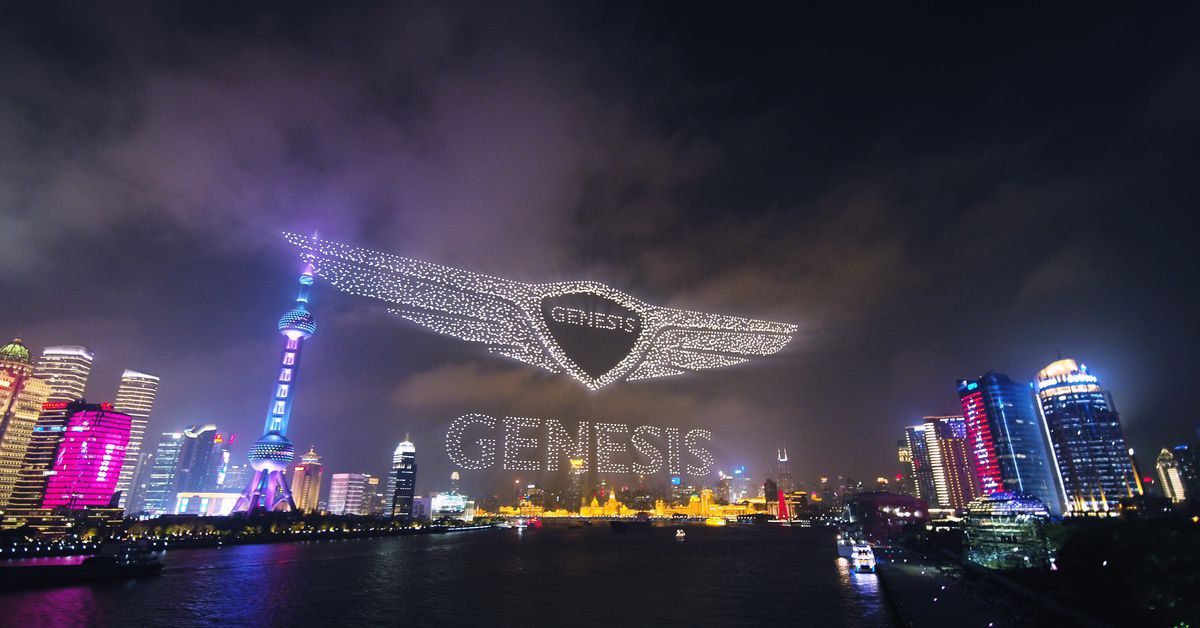 Hyundai’s luxury car brand Genesis used 3,281 drones to create its logo over the Shanghai skyline on March 29 in celebration of the brand’s arrival in China. This number of drones sets a new Guinness world record for “The most unmanned aerial vehicles (UAVs) that are airborne at the same time”, according to a press release from Genesis.

You can see a picture of the Genesis logo formation at the top of this post. Genesis also made a video that showed off some extra drone formations, including a hand, two of the company’s cars and … a double helix?

Genesis’ record outperforms the previous one held by Shenzhen Damoda Intelligent Control Technology, which used 3,051 drones on a September 20 screen. Here is a video of that screen, which I personally find even more impressive than Genesis’:

Intel had the record at one point as well, using 1,218 Shooting Star drones to make the Olympic rings over Pyeongchang for the 2018 Winter Olympics.