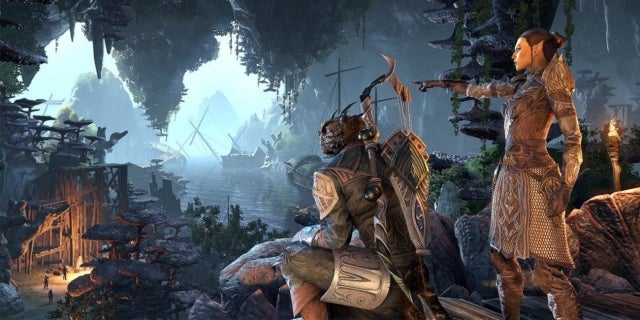 When Bethesda first teased The Elder Scrolls VI during their E3 showcase last year, the studio was very clear that the highly anticipated next game in the Elder Scrolls franchise was years away from release. According to one analyst, however, it looks like the massive backlash following Fallout 76 may prompt the company to push forward those fantasy RPG plans at a much faster pace.

"The flop of Fallout 76 makes a hit more essential for Bethesda, and I expect them to accelerate development or ESVI, " said esteemed analyst Michael Pachter during an interview with GamesIndustry .

The "flop" of course being the decision to bring the Fallout franchise online hasn't been as well-received as Bethesda would have liked. Despite many enjoying the unique twist on a beloved franchise, others found the narrative and lack of living human NPCs to be a deal breaker.

Despite Fallout 76 was advertised since day one ̵

1; bugs and all – the expectation failed to deliver. With Fallout and The Elder Scrolls being two of the mainstay franchises for Bethesda, it would make sense for them to go full steam ahead regarding their other huge hit. Now that Skyrim is now literally available on Alexa (but not Bethesda), it is time to see what other adventures in Tamriel await.

One important thing to note is that Patcher's prediction goes directly against everything the studio has said so take it for what it is: a personal prediction.

"Would it have been better if it was some years from now and we just go," Surprise, we're making a game called Starfield and it's out X months later? "Yeah. For sure, ”admitted Pete Hines last year. "But at the same time, there is also value in every day between people people freaking out about us making Fallout 76 as an online-only game as a service and this is all they're ever making. ”He added,“ I really try to manage people's expectations. It's not like " Fallout 76 this year, Starfield next year, and then TES6 the year after." The timeline isn't any different. What's different is just trying to be transparent and say, "Don't freak out, the next thing we're doing is single-player [in Starfield][and] we are making TES6 ." ] Many have speculated that this game will intentionally not release until the next generation arrives. With so many reports stating that the next PlayStation and Xbox will be announced this year, that 2019 release prediction might not be so fetched after all.

What do you think? Do you think Bethesda should speed up their plans, or are they hoping they take their time with it to ensure a complete product? Join the conversation in the comment section below, or hit me up on Twitter @DirtyEffinHippy!