The best version of FIFA 22 will not be on PC 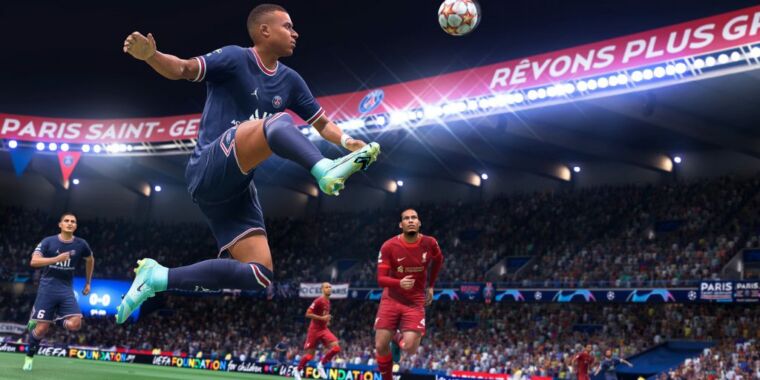 7;s Stadia streaming platform. The PC version will be comparable to the “latest generation” console versions on PS4 / Xbox One.

The lack of features for PC gamers is somewhat reminiscent of last year FIFA 21. For that release, console gamers received a free update on PS5 and Xbox Series X / S that added advanced features such as ball deformation and special camera angles. These updates never came to the PC version of the game, though, a situation that producer Aaron McHardy told Eurogamer was part of an effort to keep the PC’s minimum specifications down “so we can open the doors and be inclusive for anyone who wants to play FIFA. “

“When we looked at which generation we should put the PC game on, we looked at our fans and what capabilities they had with the hardware they have,” McHardy told Eurogamer last year. “And we have that information to understand what the power of the PCs out there in the world is. And when we looked at it, to run [PS5/Xbox Series] the game my specification would have been in a place that would have left many people out in the cold, without being able to play the game. “The same situation probably applies to the PC version of FIFA 22.

But FIFA 21 was in a bit of a difficult position last year because it was released on PC and consoles just over a month before PlayStation 5 and Xbox Series X / S were available. This year, all versions of the game will be launched simultaneously on October 1, but the PC version will be far behind the current generation of console models that were released the same day.

This lack of functional parity between PC and console FIFA players have happened in previous generations as well. Back in 2013, the PC versions of FIFA was missing many features found in Ignite motorized PS4 / Xbox One games (2014s) FIFA 15 would fix this condition). Before that, the PS3 and Xbox 360 versions were in front of the PC until the 2011s FIFA 12.