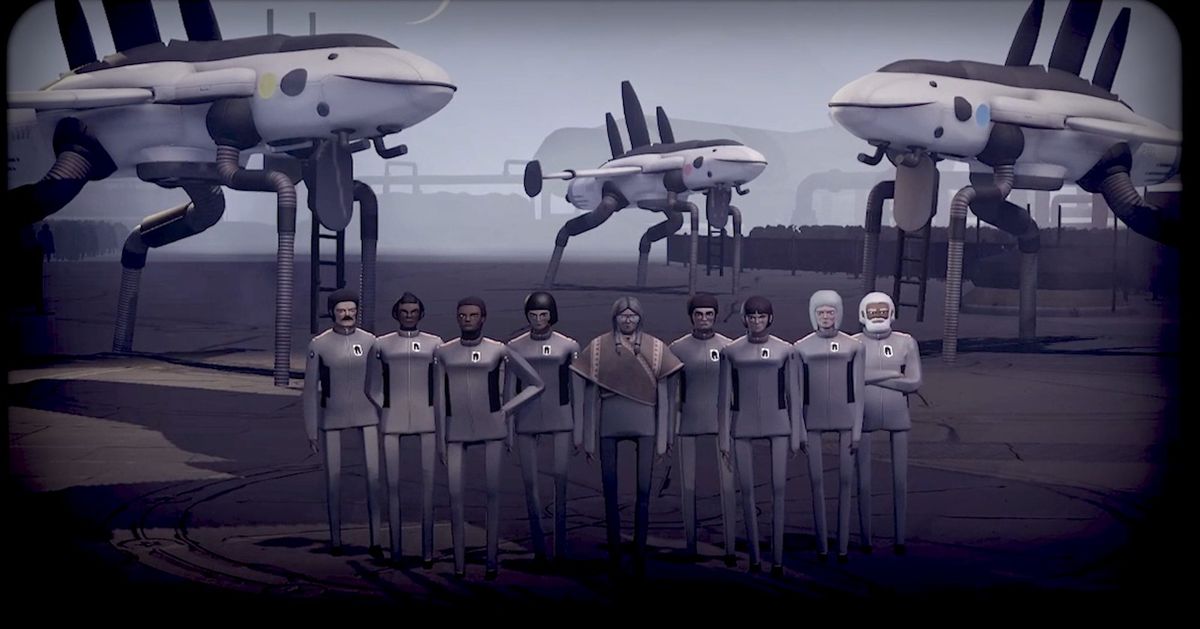 The co-creator of Swords & swans, Superbrothers, released new details about their sci-fi games, Jett: The Far Shore for Sony’s State of Play on Thursday. Superbrothers makes the game in collaboration with Pine Scented. An in-game PlayStation blog features an expanded trailer as well as many new gameplay details.

The game looks like a more introspective exploration of sci-fi. You play as Mei, a scientist who is part of a group of aviation scientists who embark on an interstellar trip and arrive at a sea planet. “We wanted to make a video game to express our own feelings of awe as we look up at the starry sky,”

The new look showed a deeper dive into the gameplay. IN Jett, you will fly a lot; You will steer your spaceship in the third person and weave your way through trees and obstacles. When you explore, you will be able to leave your ship and explore the country on foot also in the first person.

The trailer explains that the game is not dependent on combat or resource extraction. You get the opportunity to respect the native wildlife of the planet. Overall, it looks like a much more peaceful, less violent occasion for an exploration game – which is a genre that has historically pressured players to harvest as much as possible from the country.

Jett: The Far Shore was originally announced in June 2020. Since then, the studio has said that the game will be delayed until 2021. It is still planned to release in 2021 for PlayStation 5, PlayStation 4, and on PC via Epic Games Store.