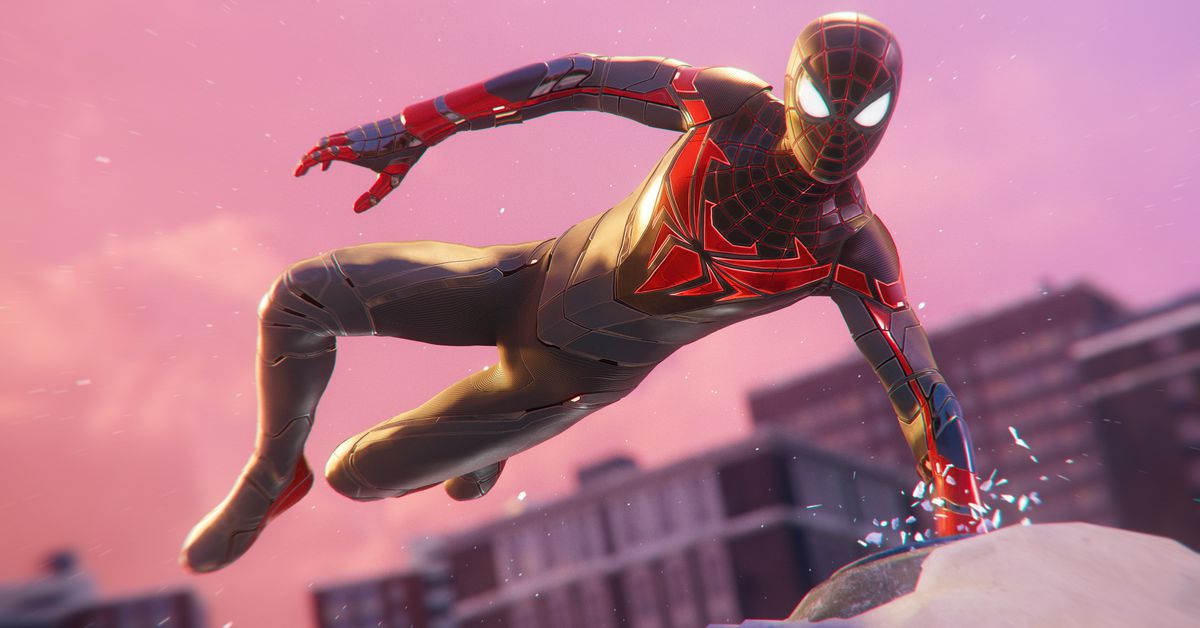 Spring is here, and it’s time to hit the streets with some new new fits – or hit the skyscrapers, if you’re Harlem’s own Spider-Man, Miles Morales.

The latest update to the PlayStation 4 and PlayStation 5 game Spider-Man: Miles Morales brings a new suit – Advanced Tech Suit – along with the usual set of bug fixes, and for players of the PlayStation 5 version of the game, which is called “realistic muscle deformation.”

Josh DiCarlo, Lead Character Technical Director at Insomniac Games, elaborated a bit on Twitter what this phrase means. In essence, the entire character is simulated “inside and out,”

; making Miles less of an animated mannequin and more of a physics-driven mass of simulated muscle and tissue moving around the world, so that folds and folds on the character model can see more realistic looking. than ever.

We have completely simulated the whole character from the inside out, using techniques that were only previously available in film. Every deformation you see on the surface of the costume is the result of muscle and fabric simulation.

It’s really amazing to think of the endless little details that can now be pursued with today’s game consoles. It is also very strange to think about all the realistic muscle deformation I do in my daily life. Makes you think.