Sony unveils the FX3, an A7S III in a compact cinema-focused body 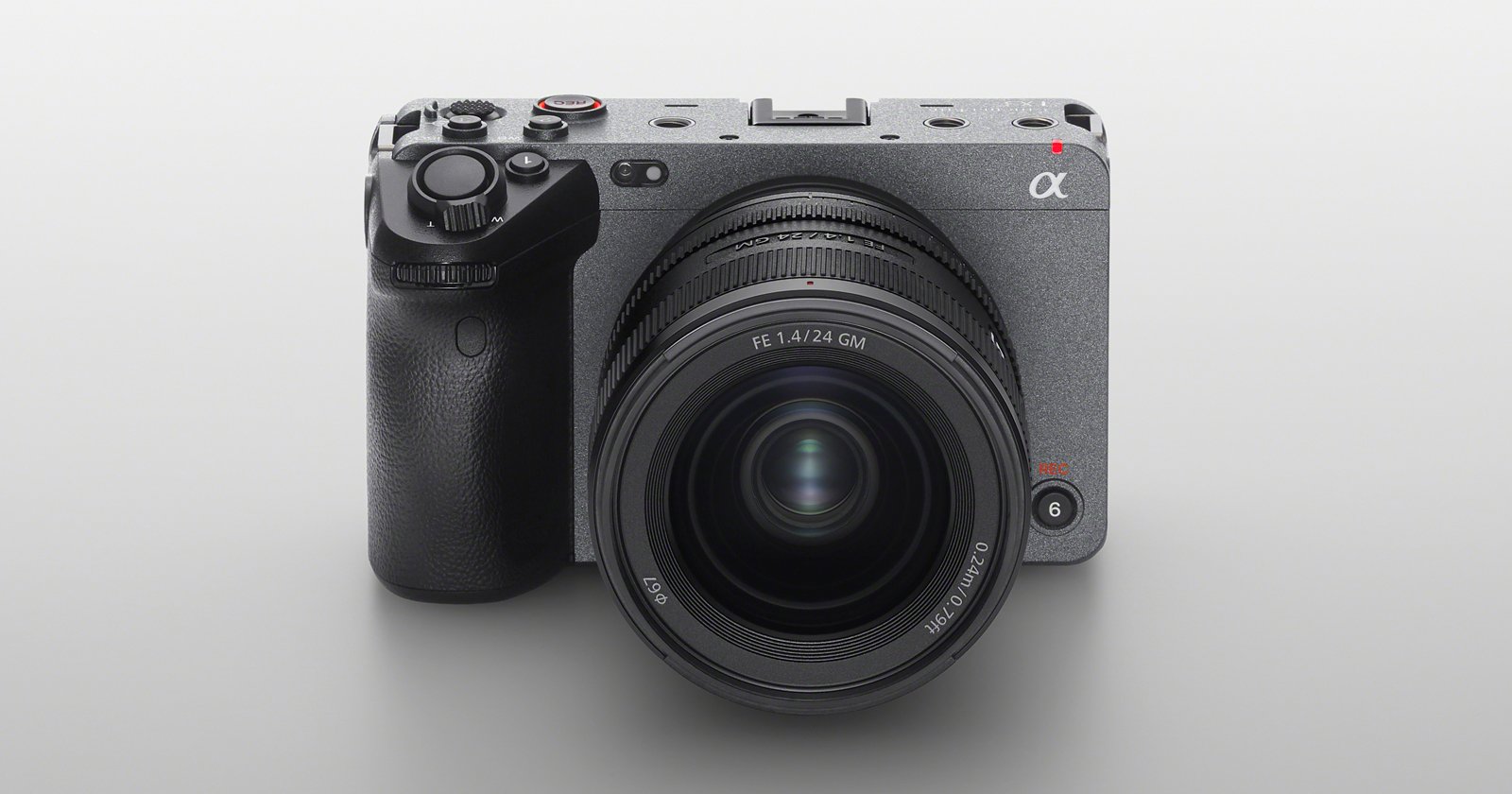 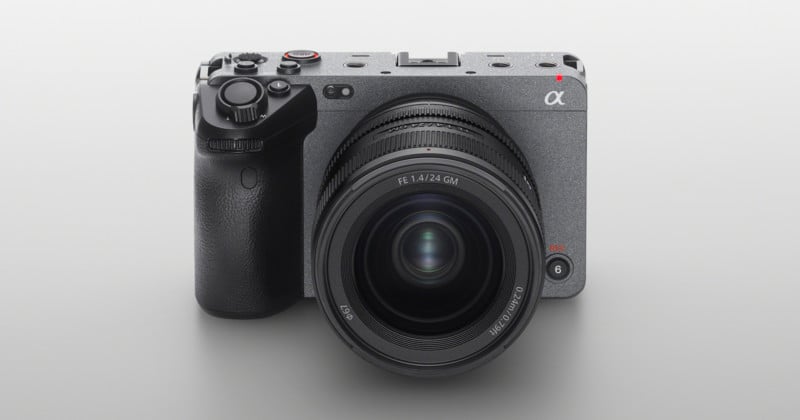 Sony has announced the FX3, the latest member of the Cinema Line of cameras, which is also the smallest and most compact in the group. Many of the features are borrowed from the A7S III with the main differences in body design and benefits of extra recording time thanks to an internal fan.

The FX3 is powered by a 10.2 megapixel, backlit full-frame sensor that provides low noise and high sensitivity up to 409600 ISO and 15+ stops of dynamic range in the SLog-3. It includes the S-Cinetone color matrix found on Venice, FX6 and FX9, so it fits better with the footage taken on these cameras. It also has eleven selectable image profiles, including S-Gamut3 and S-Gamut3 Cinema. 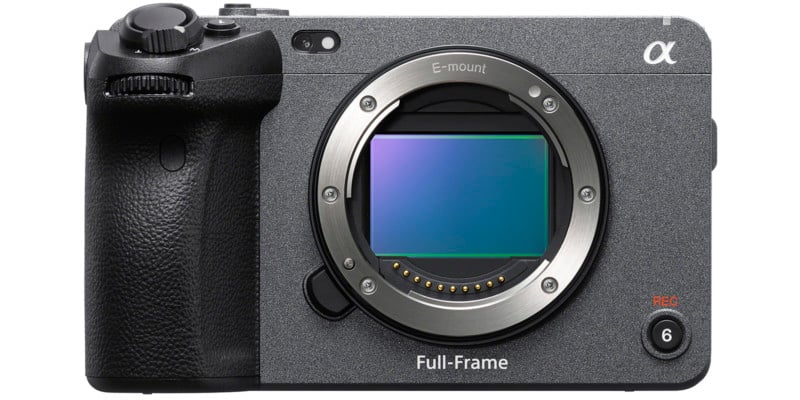 FX3 has a 627-point autofocus system for phase detection with focal plane, the same as that found on FX6. It has Eye-AF (in video modes, Eye-AF only supports human eyes) and Real-Time Tracking AF which is available in all video modes. Touch tracking is incorporated in the rear LCD screen, and there are extensive auto focus control parameters that can be customized to change how quickly the camera will gather focus between subjects.

The body has 5-axis image stabilization on the sensor (a first for Cinema Line) and for an additional 10% yield, Sony says a digital stabilizer can work with the stabilizer on the sensor to dramatically improve it. This feature, called Active Mode, is not available at 120 frames per second and higher frame rates.

If these specifications look familiar, it’s because they are largely the same as the A7S III offers. When asked about the features of the FX3 versus the A7S III, a Sony representative agreed that it looks very similar from a certain point of view.

“From a technology standpoint, perhaps,” said a Sony representative. “From the point of view of usability, we think they are very different.”

Sony claims that with the FX3 and A7S III it has created another advantage for those who do not really need the still image function of the A7S III, but who want the video-centric functions in a body designed to work in camera rigs. That’s not to say it can’t take pictures: it can. It has a mechanical focal plane shutter just like the Alpha series, but Sony also says that the electronic shutter should also be able to thanks to the sensor’s fast reading speed. 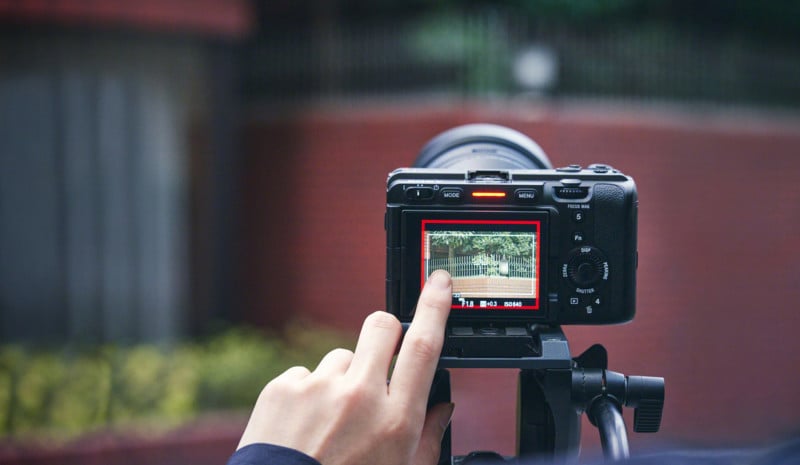 As is immediately noticeable (and probably not a surprise considering the many leaks that have appeared in the last two weeks), the design seems to mix the features of the Cinema Line with the Alpha line. Sony says that the camera is made for comfort when shooting solo and will offer an “extraordinarily different” hand experience.

The FX3 is the most compact Cinema Line camera from Sony. The top of the camera is completely flat, as Sony removed the viewfinder and top wheels, and it weighs 640 grams (~ 22.6 grams) without card and battery, 715 grams (~ 25.2 grams) with card and battery. Unfortunately, unlike its Cinema Line brothers, it does not have room for SDI connectors, and it was also too small to allow even the built-in filters with neutral density. These were compromises Sony decided to make to keep the camera small. 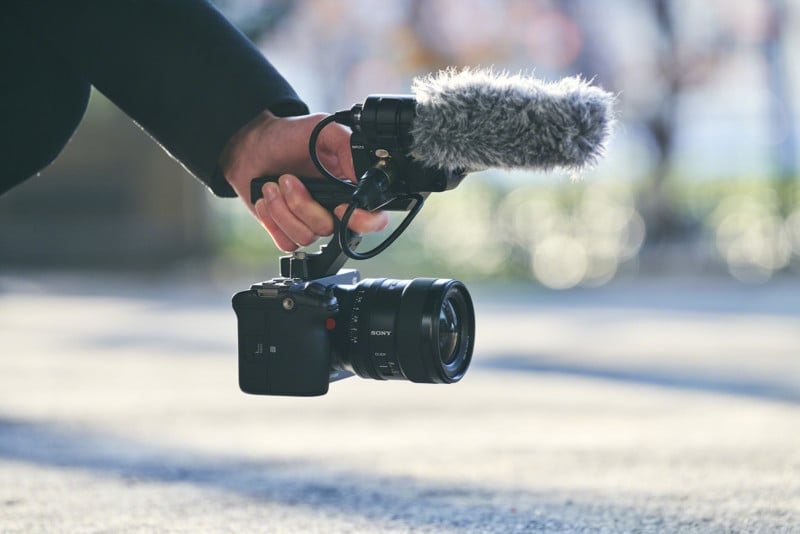 The result is a camera that is more compact than an A7S III. It has the same width, but shorter. The depth of the camera is slightly less if you count the viewfinder eye of the A1 or A7S III. 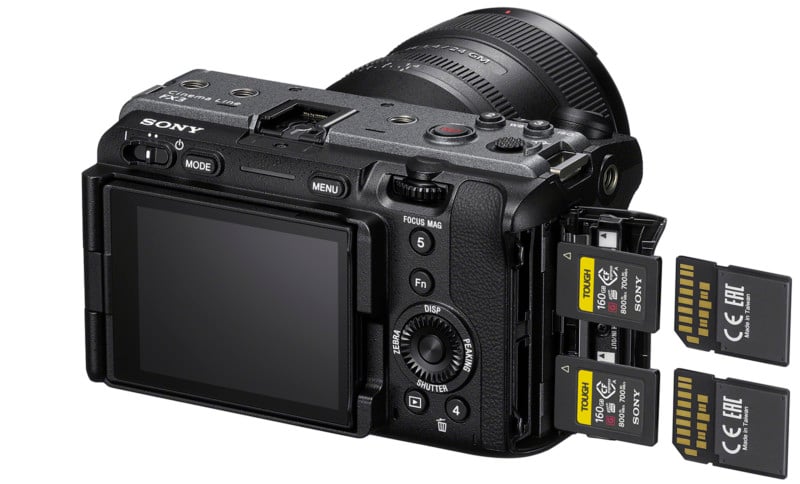 The FX3 has what Sony called “optimally positioned controls.” At the top, frequently used buttons are located on the top to enable the thumb, and along with other controls such as the menu button and focus magnifying glass that enable convenient right-hand operation. Instead of an on / off switch, Sony replaced that switch with a zoom rocker switch for powered zoom lenses. The front has a customizable shooting button, and the back of the camera has the familiar (it’s the same as on the A7S III) 1.44 million dots of swivel touch LCD that gives the shooter access to autofocus control and autofocus selection. Touch tracking was implemented in the LCD screen to make it a real control area. To the right of the screen, the back of the camera has ISO and shutter control, and these along with the other buttons can be customized by the user. 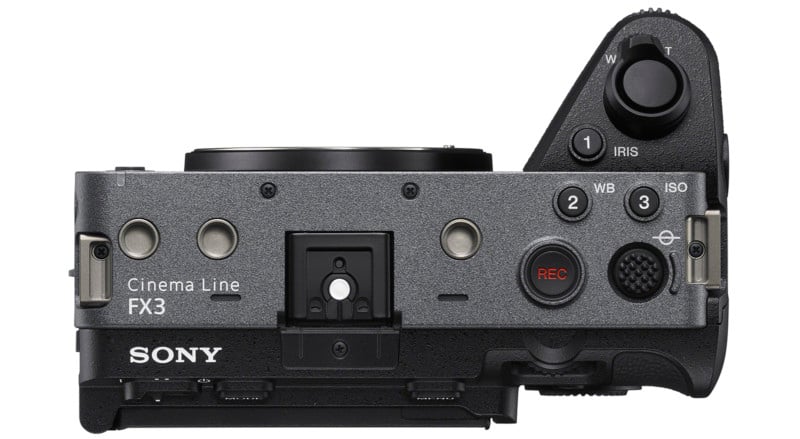 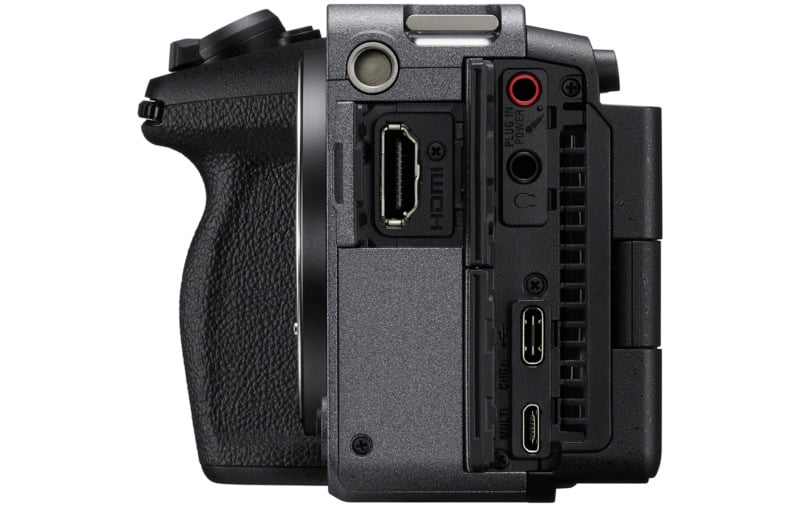 Sony wanted the FX3 to be a camera that did not need a third-party camera cage and added more mounting points to reduce the system’s size and weight. It has five 1 / 4-20 inch UNC threaded holes on the body that allow direct mounting of peripherals and three 1 / 4-20 incl. UNC threaded holes on the included handle. The wires are not only drilled in magnesium permitted cabinets, but supported by a stainless steel construction inside the body which Sony says makes it extremely strong and supportive.

As mentioned, the XLR handle comes with this camera, which is further proof of its Cinema Line weight. It includes XLR / TRS combo jacks, a digital audio interface for four-channel 24-bit recording and a 3.5mm headphone jack (in addition to the one on the FX3 body). This handle does not include a microphone, but the FX3 has a built-in stereo microphone on the body. 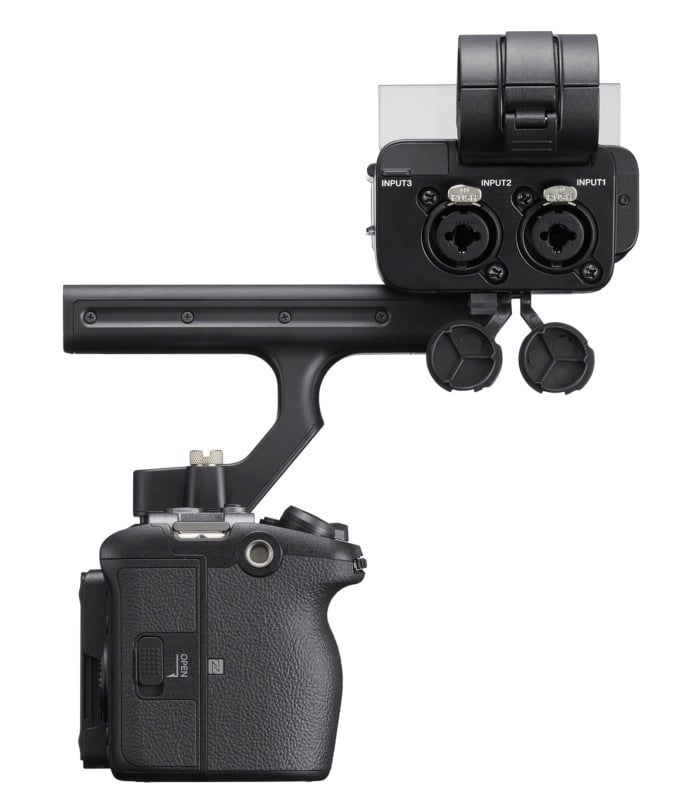 Speaking of FX3 body ports, it includes two USB terminals (Type-C and micro), a headphone jack and an HDMI Type-A port (full size). Two USB ports were included for situations where the USB-C port can drive the camera indefinitely (more on that at the moment) while the microUSB port can be used for control or file transfer. Just like the A7S III, the FX3 has dual CFexpress Type A and SD memory card slots. Sony says that the same requirements for writing memory cards from FX3 are shared with the A7S III.

The small bulge behind the LCD screen is where Sony has hidden the FX3’s active cooling system and built-in fan. The fan can be set to several operating modes (Auto / Minimum / Off) and works with the heat dissipation structure of the camera to keep the unit cold. It takes in air from the bottom, moves it over the heat sink and blows it out on the side of the unit. The fan is almost silent, and in cases where it is quiet enough to be heard, it can be turned off as mentioned. 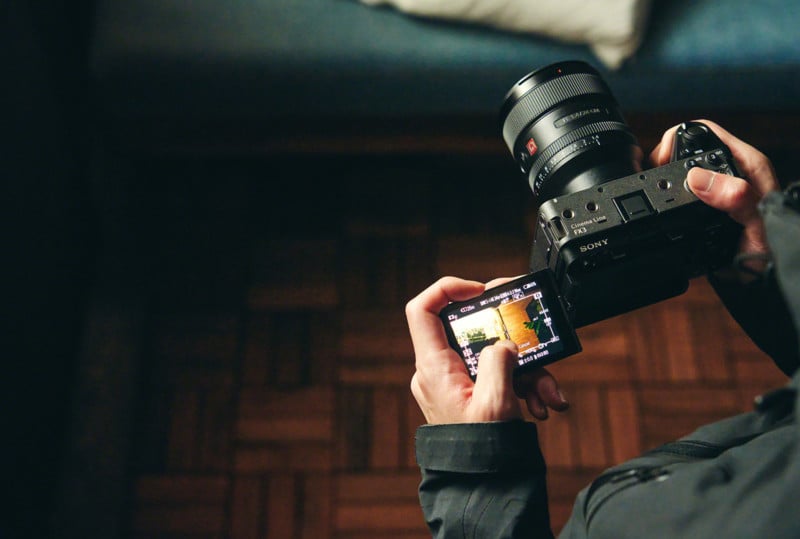 One of the main advantages of the above active cooling system is the extended recording time: the FX3 supports “endless” 4K recording at 60 frames per second when paired with external power. Sony actually found that the limits of the recording were about 13 hours of continuous shooting, but by all means it is as “infinite” as video players need.

Despite the inclusion of a fan, the FX3 is dust and moisture proof (although Sony says it is not 100% dust and moisture proof, and the XLR handle has no dust or moisture resistance) for sealing in all body seams, battery compartment, media tracks and other areas. The FX3 also has a dust removal system via a filter on the front of the sensor that automatically activates to remove dust and particles.

The camera supports the same battery as the A7S III, but as mentioned, it can be operated remotely via USB-C. It also differs from the A7S III (apart from body design) with the inclusion of the S-Cinetone (despite rumors that this also comes to the A7S III) and three tally lights (one on the front, one around the disc button, and one on the back, which all can be turned on or off). Unfortunately, the FX3 does not support user-installed LUTs, and does not have SDI ports or built-in NDs that differentiate it from the FX6. In a slightly strange choice, Sony does not allow the shutter speed to be adjusted as the shutter angle, which can annoy some filmmakers. It also does not support waveform or vector copies. However, the battery life should be better than the A7S III because it does not need to run the power-hungry EVF.

All of these things taken into account, it is no wonder that in Sony’s mind, these differences place it perfectly between Cinema Line and Alpha Line. It has victims coming from both sides of the aisle, but the end result is a very skilled, extremely compact, full-frame, video-focused camera.

It’s a bit more expensive than the A7S III, but keep in mind that it comes with the included handle, which may explain the low price difference: the Sony FX3 is set to hit the market in mid-March for $ 3899.99.