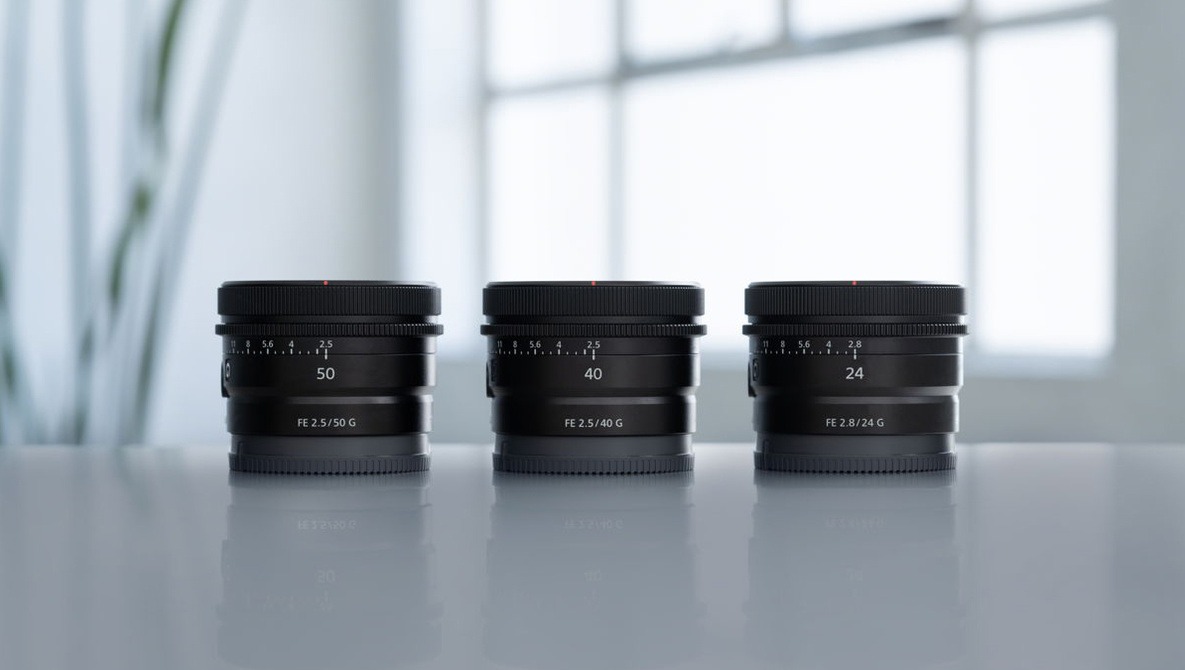 Sony has just announced three new prime G lenses for the E-mount, and they come with a twist.

Sony’s announcement today has pricked up many ears. It does not contain one, not two, but three new lenses, all in a new series of the G-series. The three lenses are primarily 24 mm, 40 mm and 50 mm. 24mm has a maximum aperture of f / 2.8, while the lenses 40mm and 50mm have a maximum of f / 2.5. Oddly enough, all three lenses are identical in dimensions and almost equal in weight. The lenses are all extremely compact and weigh very little, with the heaviest weight of only 174 g.

As you can see, paired with the Sony a7C, you can have one of the lightest, smallest full-frame mirrorless forms on the market. However, it is worth noting that they are also compatible with APS-C sensors.

Each lens is very close in almost every respect. Let’s start with the price, as I know that is what many of you are going to scan the article for: all three are $ 598. I was initially surprised by this, but given how similar they are, it makes sense.

The specification sheets have very few differences between them. Each lens has 7 rounded diaphragm blades, autofocus, the same dimensions and no built-in image stabilization. The differences are few, but there are a few. The first is the most obvious: 50mm and 40mm primers are both f / 2.5 in the widest aperture, while 24mm is the more traditional f / 2.8. The next difference is the minimum focus distances. 24 mm can focus from 24 cm (9.4 inches), 40 mm can focus from 28 cm (11 inches), and 50 mm can focus from 35 cm (13.8 inches).

What are your thoughts?

Although they are not ridiculously fast – which is very fashionable with lenses these days – they are small in shape, light in weight and at a reasonable price. There seems to be an interest in reducing the size and weight of mirrorless equipment with Sony, and the pairing of the a7C with these three primers is an attractive proposition for most shooters who like to be able to run and shoot without sacrificing the equipment. Many of us are out of the days of going around a 6-foot backpack crammed with so many lenses that it affects the curvature of the spine.

In terms of performance, they look sharp and with a pleasant bokeh. I look forward to getting hold of them and seeing if they really are the great value they seem to be. It is also worth noting that this brings the total number of Sony E lenses to 63! That number has quietly crept up for a while, and it now feels a distant memory that their lack of choice of lenses was considered a deterrent for many to make the switch.

What do you make of these new lenses?

All images courtesy of Sony Electronics