Sneak peek at VLC 4.0 – a look at the new interface in progress 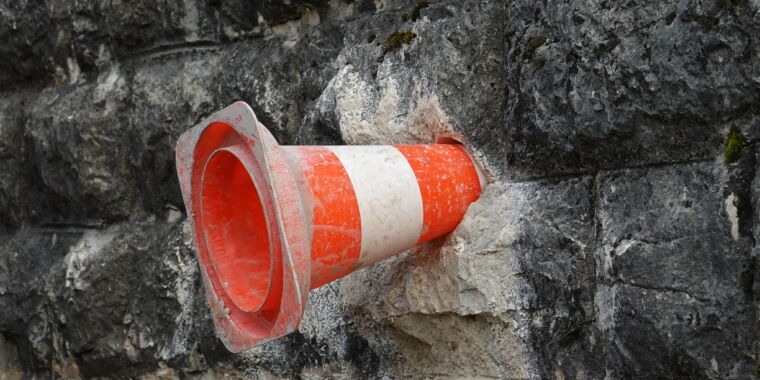 Last week we mentioned that the extremely popular open source video player VLC will get a completely new interface in the upcoming 4.0 release, expected to debut later this year. VLC 4.0 is not ready for use in prime time yet ̵

1; but because the program is open source, the adventurous can grab it every night to take a look at what’s to come. The screenshots we will show come from the nocturnal building that was released last Friday – 20210212-0431.

When you open the 4.0 dev version of VLC, the first change that pops up is an interface change from “file opener” to “media browser.” In older versions of VLC – from the beginning in 2001 the entire 3.x version which is now distributed – it opens to an empty player window, with VLC’s iconic traffic cones shown in the center. The new VLC opens instead of a media browser interface that displays thumbnails of all the videos present in the user’s Video folder.

This is the view associated with the video view that appears along the top menu bar of the new version; it also presents Music, Browse and Discover. Music provides a similar view in the user’s music folder, Discover presents a browser that looks for shares and streams present on the user’s LAN, and Discover does not appear to have been implemented yet.

Another big change is not clear until you open a video. In older versions of VLC, a single window provided both video content and its controls. VLC 4.0 instead spawns a new player window, separate from the browser / control window from which the video was selected.

As long as your videos are in your local Videos folder, you probably won’t have any problems with the new interface – but in its current state, browsing a large number of files in multiple directories is not fun. If you do not want to get out of your video directory, click on the hamburger menu at the top left of the playlist and choose Media> Open Directory. Unfortunately, choosing Open Directory does not actually take you to the new directory – instead it scans all the files both in and under the new directory you select, and adds them all, willingly, to the Video tab itself.

This metaphor for folder scanning and browser update is very similar to the “Movies” interface of the Kodi media player – in theory it eliminates the inconvenience of managing folders and files completely, giving you a simple glass plan where you can see all your content. But it is not suitable for many use cases – I do not necessarily need it wishes to see all the silly memes I have downloaded and video clips I have recorded with my webcam when looking for movies, or vice versa.

The Kodi media player wisely retains a “Files” interface for those who want to see their content organized by folder – but as far as we can tell, VLC 4.0 has neither retained a way to get to the old file-based interface nor implemented a new version.

It is also quite difficult to find the file name or location of media that is already in your library. You can not do this at all from the library view itself, but while a particular item is playing, you can right-click it, select Tools, and then select Media Information.

Did we mention that it is an ongoing work?

The current version of VLC 4.0.0-dev is not suitable for many uses as previous versions of VLC were – but it is not yet clear how much of it is designed, and how much it is because the new version is simply not not finished yet.

VLC 4.0 has been under development for about two years now; it was first announced at FOSDEM in February 2019, with early night buildings becoming available to the public in the same month. VideoLAN Foundation President Jean-Baptiste Kempf told Protocol that 4.0 would be released sometime in 2021 – but there is still no specific release date.