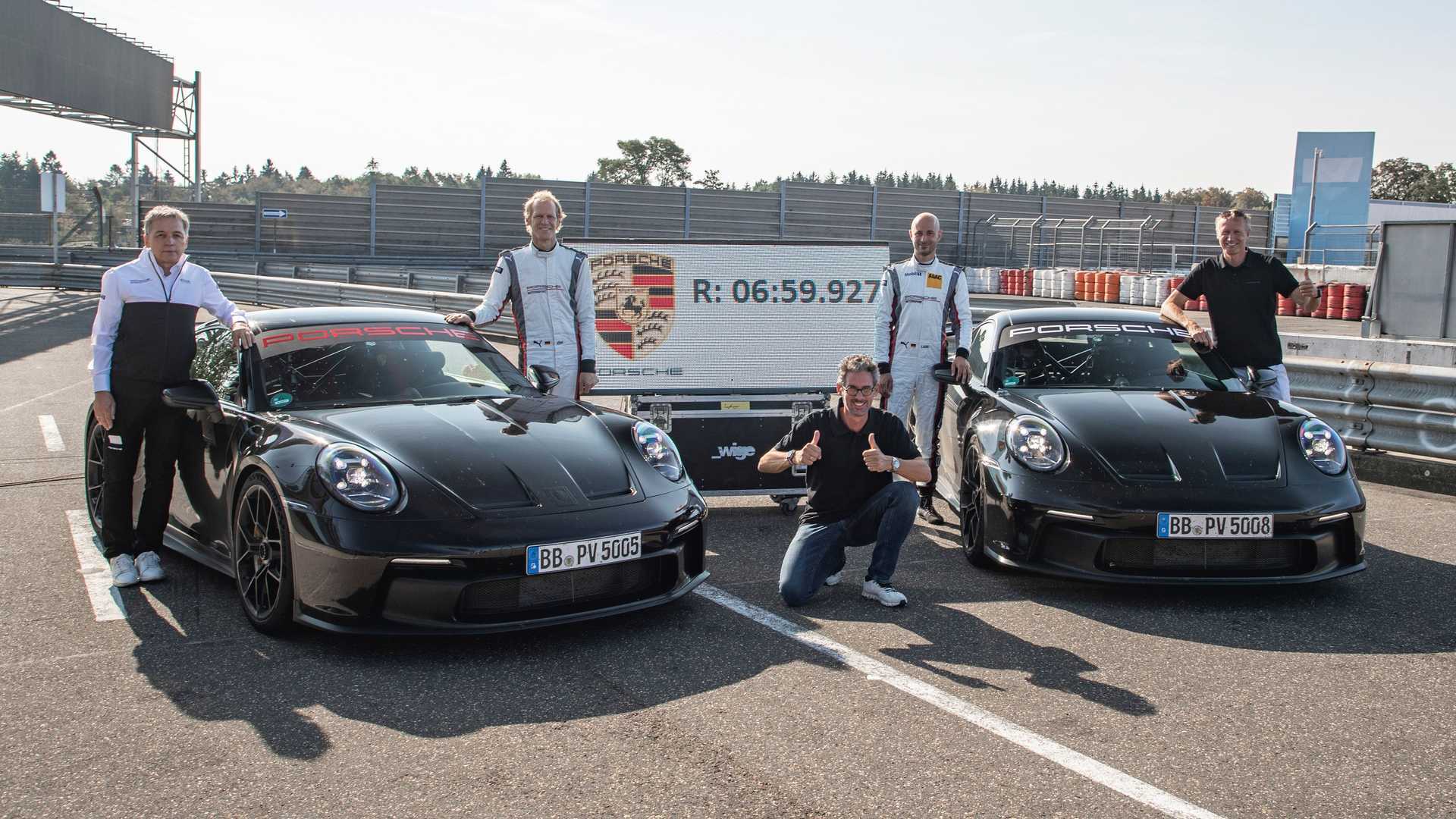 The Nurburgring Nordschleife can mean very different things to those in the car area. While many car manufacturers use the infamous asphalt tape for validation testing, others see it as a battleground for round-robin records. As such, Porsche recently released a built-in video of its latest 911 GT3 shooting around Green Hell.

Sat behind the wheel is Porsche test driver Lars Kern, and that’s good. If you did not think he already had all the petrolhead’s dream jobs, think again, because he also drives a Porsche 911 GT3R in the IMSA American Endurance Racing series with Pfaff motorsport.

Aside from the semantics, we knew that the latest GT3 would be fast, but we did not quite expect this level of performance. For the uninitiated, it completed a round in just under seven minutes – 6: 59,927 to be precise. It may sound like a jumble of numbers, but to offer some perspective that is around 12 seconds faster than the previous generation GT3 and 6 seconds faster than the RS model.

When it comes to the lap, Lars is surprisingly brilliant behind the wheel. We often talk about how much time is on the table with reference notes like these, but it is clear that Mr. Kern knows nothing but to run flat out everywhere; his commitment through high-speed sections such as Airport and Döttinger Höhe shows the fact that racing drivers are really a different race.

Sure, the GT3 is not as fast as the GT2 RS siblings, but that’s not what this car is about. Instead of all-out power, the reversing machine has always been about delivering a sparkling experience behind the wheel, and the latest example is clearly no exception.