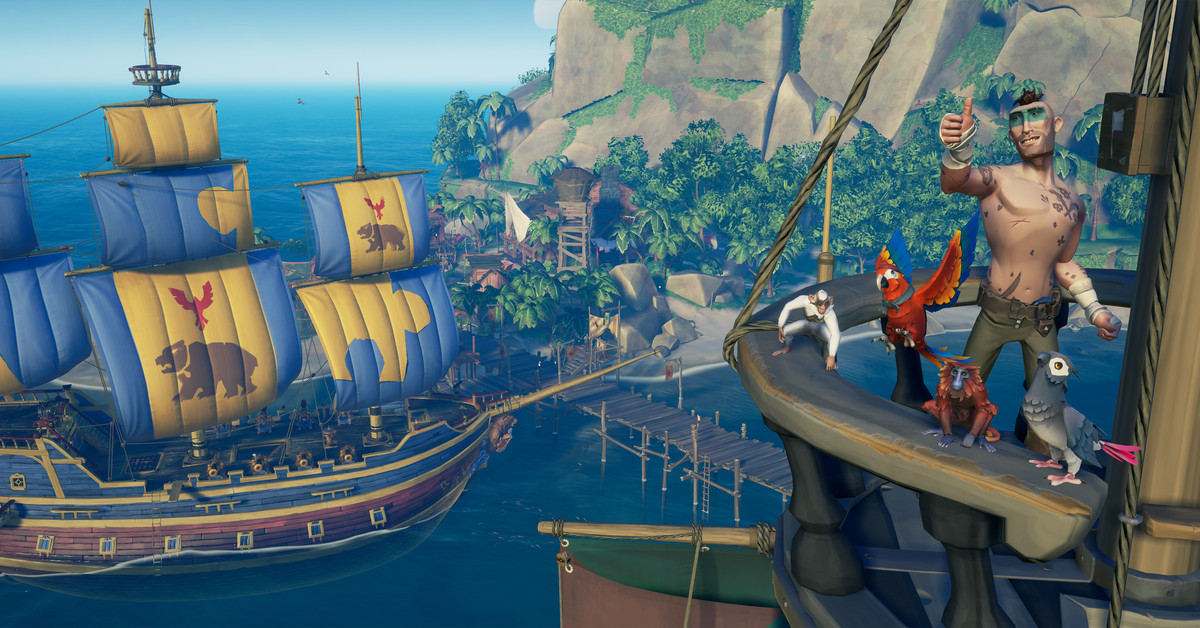 Rare has posted its latest update of the year for Sea of ​​Thieves, announced that the pirate sandbox game will look very different in 2021. In January, players will log in to see a seasonal progression system, where each season lasts for three months.

This will be a big change from the current model, which brings an update to the game once a month. The seasonal model will have additions such as new enemies or world events, as well as regular gaming activities for travel, treasure hunting, and tilting the difficult one aboard a boat.

In addition to the “new way to play”

; that goes through a season, players will be able to earn new cosmetic items for their pirate and ship via a combat that offers 100 levels of “Pirate Renown.” These Pirate Renown levels will exist in addition to the current progression system to work for a trading company and gain a reputation with them via travel. Characters who are Pirate Legends will receive exclusive rewards, which is a nice bonus.

Players also have the option to pay for a premium version of the battle pass known as the Plunder Pass, which will offer unique rewards and Pirate Emporium items to players. The price of the looting card has not yet been announced.

Rare also announced it Sea of ​​ThievesArena PvP mode will no longer receive updates, because Adventure has proven to be the most popular option. Arena mode will remain active, along with the trading company and cosmetic rewards, but Rare will no longer spend resources on improving and upgrading the mode.

The January 2021 update also includes a new type of Merchant Alliance, in which the trading company sends pirates out into the world to hunt for lost shipments and find shipwrecks full of valuable cargo.