Save me Mr. Tako: Definitive Edition coming to Switch, PC May 5th 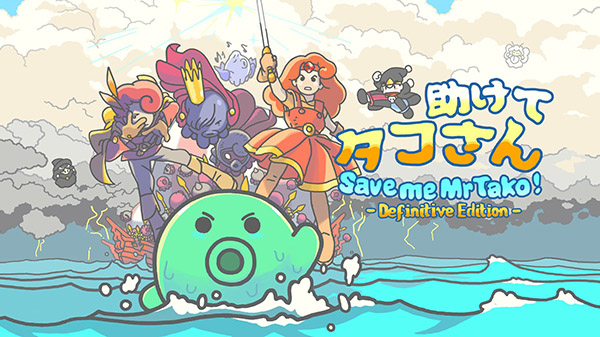 Publisher Limited Run Games and developer Christophe Galati will drop Save me Mr. Tako: Definitive Edition for Switch via Nintendo eShop and PC via Steam on May 5, the developer announced.

“Last year for the game̵

7;s two year anniversary, I announced that I had divorced my former publisher Nicalis, which resulted in the game being removed from stores (Steam and Nintendo eShop),” Galati explained. “Since the game was removed and is now under a new publisher, we are unable to patch the existing game, and must instead submit it as a new title. Unfortunately, this means that anyone who has previously purchased the original game will still have to purchase this new version to enjoy all the new content. I contacted both Valve and Nintendo to see if I could make a special discount for players with the original version in the library, but unfortunately it is impossible. I wish things had gone differently, but otherwise the game would have been stuck in its original and faulty form. ”

Limited Run Games also announced that they will publish a physical edition of Save me Mr. Tako: Definitive Edition “On consoles”, with more information to be announced at a later date.

Dive into a great adventure in the Game Boy era!

In a world where humans and squid are at war, Tako is a pacifist little squid that saves a woman from drowning on a stormy night. A fairy sees this action and gives him the opportunity to survive on land. As he travels around the world, Tako defies his family and people to try to resolve conflicts between humans and squid, throwing him into the very roots of this dysfunctional world.

Tako will solve puzzles, turn enemies into platforms by spitting ink on them, exploring mysterious dungeons and fighting tough bosses on his mission to end the war between the underwater octopus kingdom and the earthly human realm. Do you want to help this brave octopus spread his message of tolerance and teach both species to coexist in peace and unity?

Read more about the game here.