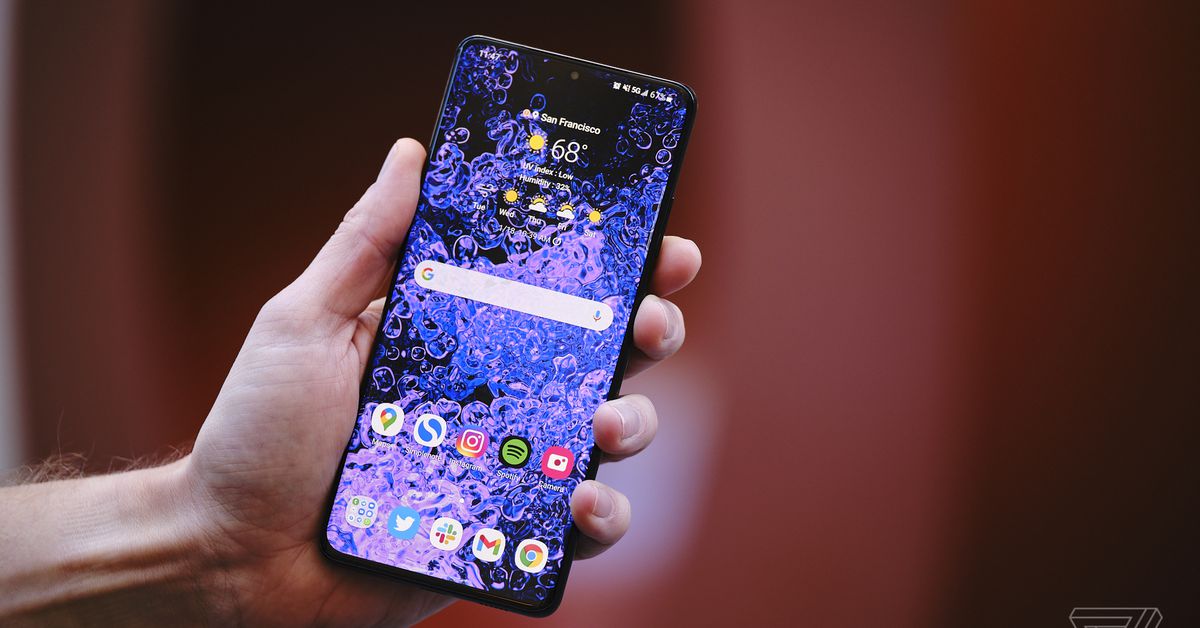 “In other words,” Samsung explains, the technology means that “OLED panels can create brighter light while using less power, which improves battery life.” A smartphone screen is usually one of the most power-intensive components, so efficiency gains here can have a big impact on the device̵

7;s overall battery life. In our review, we noted that the S21 Ultra has excellent battery life that lasts “beyond an entire day.”
“Electrons flow faster and easier over the organic layer of the screen”

Samsung confirmed to The Verge that the S21 Ultra uses an LTPO (also called a low temperature polycrystalline oxide) screen, but it is not the first of Samsung’s phones to do so. Last year, Elec reported that Samsung’s Galaxy Note 20 Ultra also used LTPO display panels, which Samsung brands as HOP (Hybrid Oxide and Polycrystalline silicon). However, this week’s announcement says that the S21 Ultra is the “first” to use the more efficient panels, suggesting that Samsung Display has further improved the technology compared to the Note 20 Ultra.

If the reports are correct, Apple’s next flagship iPhones may soon benefit from Samsung Display’s power-efficient panel technology. Earlier this year, Elec reported that the South Korean company is queuing up to supply LTPO panels for Apple’s 2021 iPhones. According to the report, Apple will use 120Hz LTPO OLED screens in two of its four iPhones in the second half of the year, while the other two will have more traditional OLED panels.