Samsung Space Monitor clings to the desktop to save space 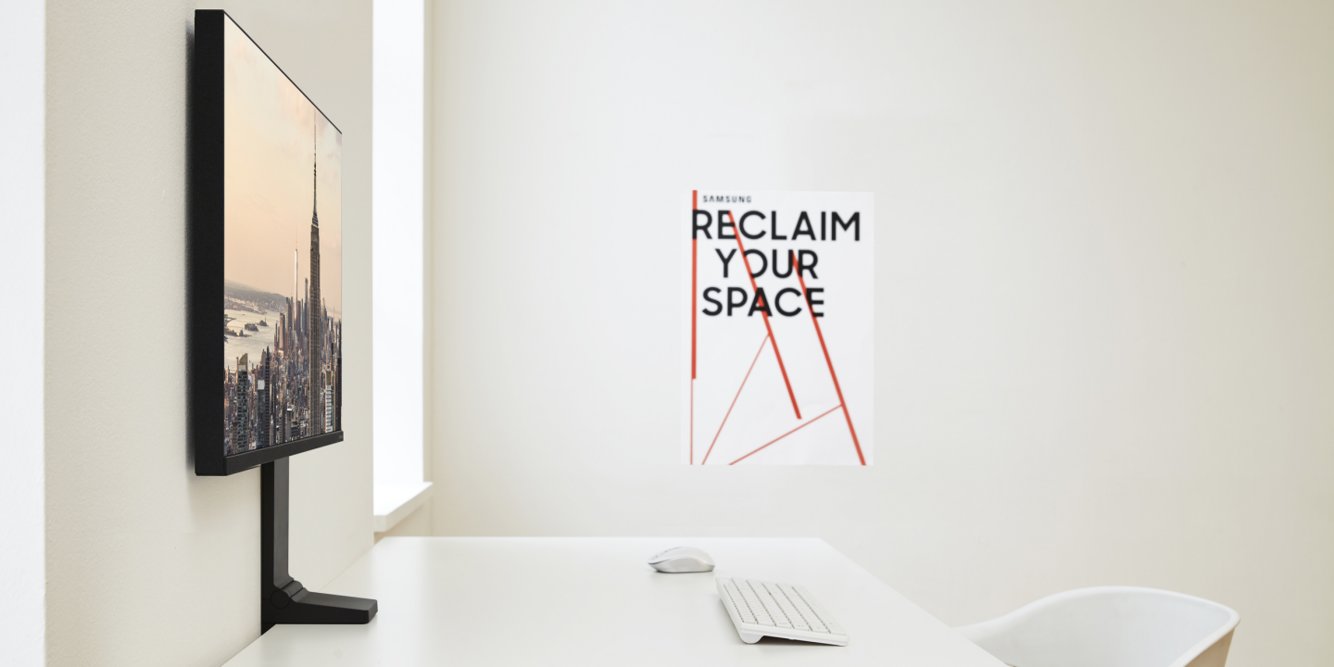 Samsung has come up with a new new design for screens that should have been made many years ago.

The Samsung Space Monitor replaces the traditional display stand with an arm that clings to the back of the desk. In reality, Samsung lets you use the desktop space that would otherwise be taken up by the monitor's stand.

How much space a display stand uses is probably not something that crosses your mind very often, but I've been converting after purchasing a clip monitor a few years ago for my monitor at home.

The arm I bought was a separate third-party attachment, and they have been around for a long time, but they are not particularly easy to install and set up. It is good to see screens supplied with built-in clamps as standard.

In particular, the Samsung Space Monitor comes in two models. The 27-inch model has a QHD resolution (1