Samsung is planning to have a cheap Bixby-powered smart speaker 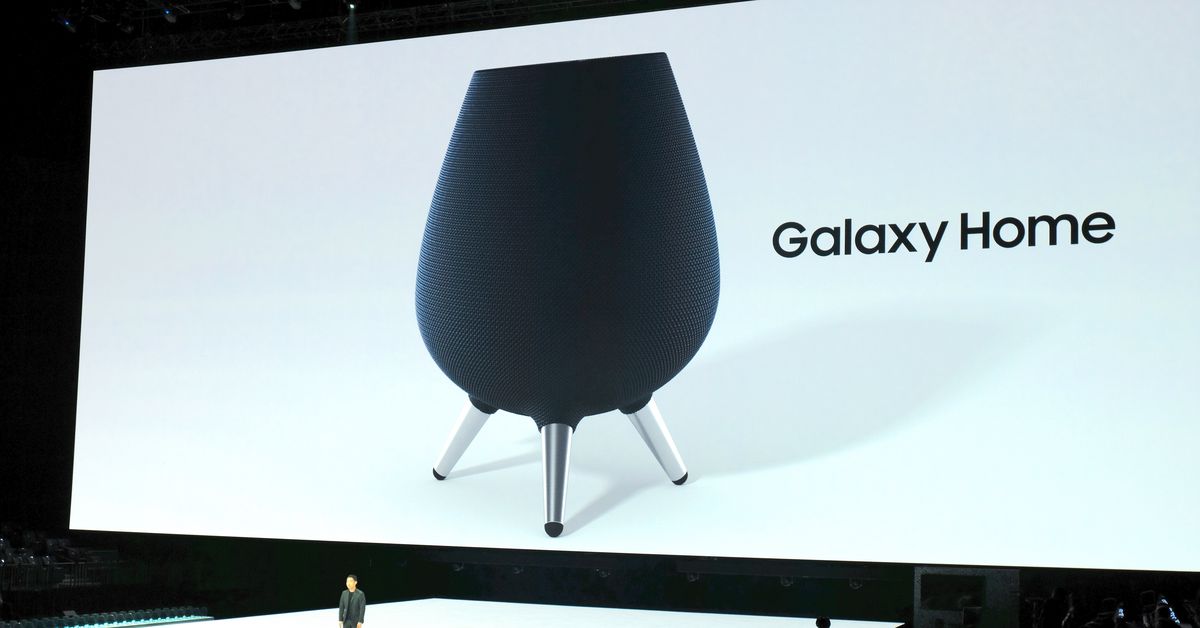 Samsung promised a Bixby-powered Galaxy Home smart speaker back in August, a premium device that could potentially compete against Apple's HomePod and Amazon Echo Plus. While this speaker is still not available and does not have a set release date, the company is also planning another Bixby speaker that comes in black and according to SamMobile referring to an anonymous source, it may be a more affordable option that can compete with those who like cheaper speakers.

The second Bixby speaker apparently has model number SM-V310, while the Galaxy Home is model number SM-V510, suggesting that there may always be more Bixby smart speakers down the line. There are no specific specifications for the lower speaker yet, but it is believed to have fewer features Samsung announced for Galaxy Home, such as six built-in speakers, a subwoofer and eight microphones.

Being a budget option can also help separate a Bixby smart speaker into an already crowded market where more established companies like Google and Amazon offer smart assistant devices that people already know to be reliable.

Samsung has said very little since August about Galaxy Home and has not confirmed its rumored counterpart, but with CES 201

9 just around the corner, where Samsung is sure to be present, more information might be released shortly. .