Samsung A32 5G is the company’s cheapest 5G phone 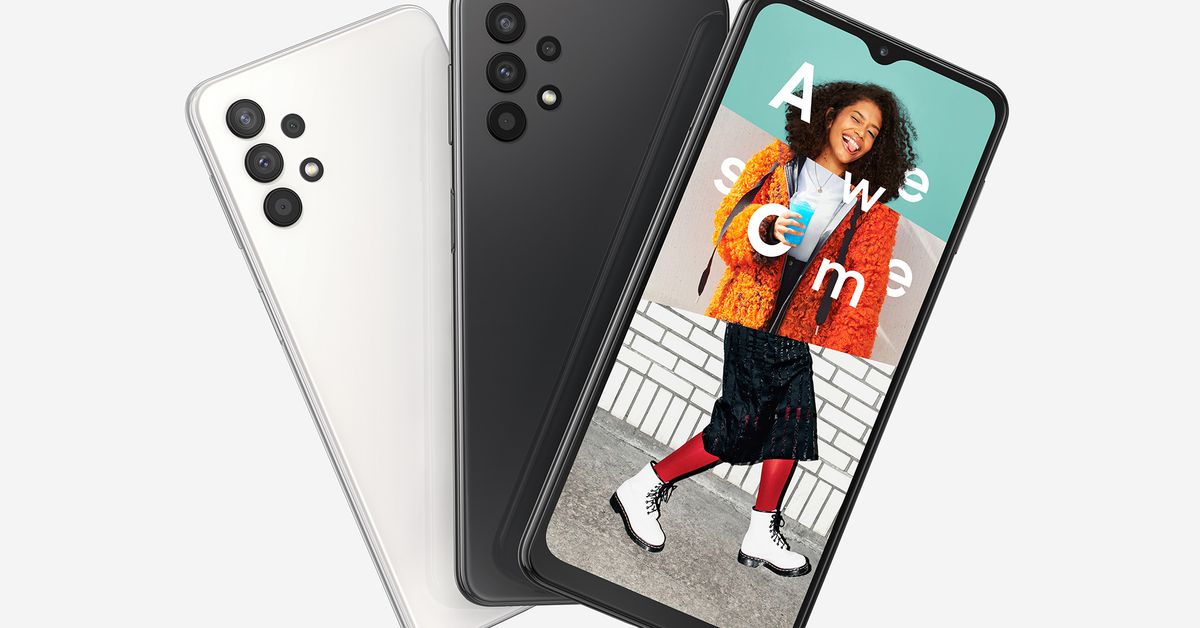 Echoing a theme that will be repeated much more this year, Samsung has announced a very inexpensive 5G phone. The Galaxy A32 5G debuts first in Europe, starting at € 279 for a 64 GB version or € 299 for 128 GB. There is still no official word on whether it will come to the United States.

The A32 5G has a 6.5-inch 1600 x 900 screen, a 5,000 mAh battery and a side-mounted fingerprint reader. Its rear camera lineup includes a 48-megapixel main camera, an 8-megapixel ultrawide, a 2-megapixel depth-of-field camera and the mandatory 5-megapixel macro camera. Around the front, it offers a 1

Samsung does not say which processor the phone uses, only that it is a 2.0 GHz octa-core set, but 9to5Google suspects it is a Dimensity 720. And unlike the flagship phones that debut today, the A32 5G will offer a microSD card slot for expanding storage. Samsung Germany says that the phone will be available from February 12. Color choices include (get ready for it) “stunning black”, “stunning white”, “stunning blue” and “stunning purple.”

2021 should not see a shortage of affordable 5G phones. We have already considered the OnePlus Nord N10 5G, which just arrived in the US for $ 299. The arrival of Qualcomm’s Snapdragon 480 5G chip also paves the way for even cheaper devices under $ 200. We would still like to remind you that 5G alone is not a good reason to buy a new phone, but it is becoming more and more likely that some new phone you are considering this year will offer 5G, anyway.