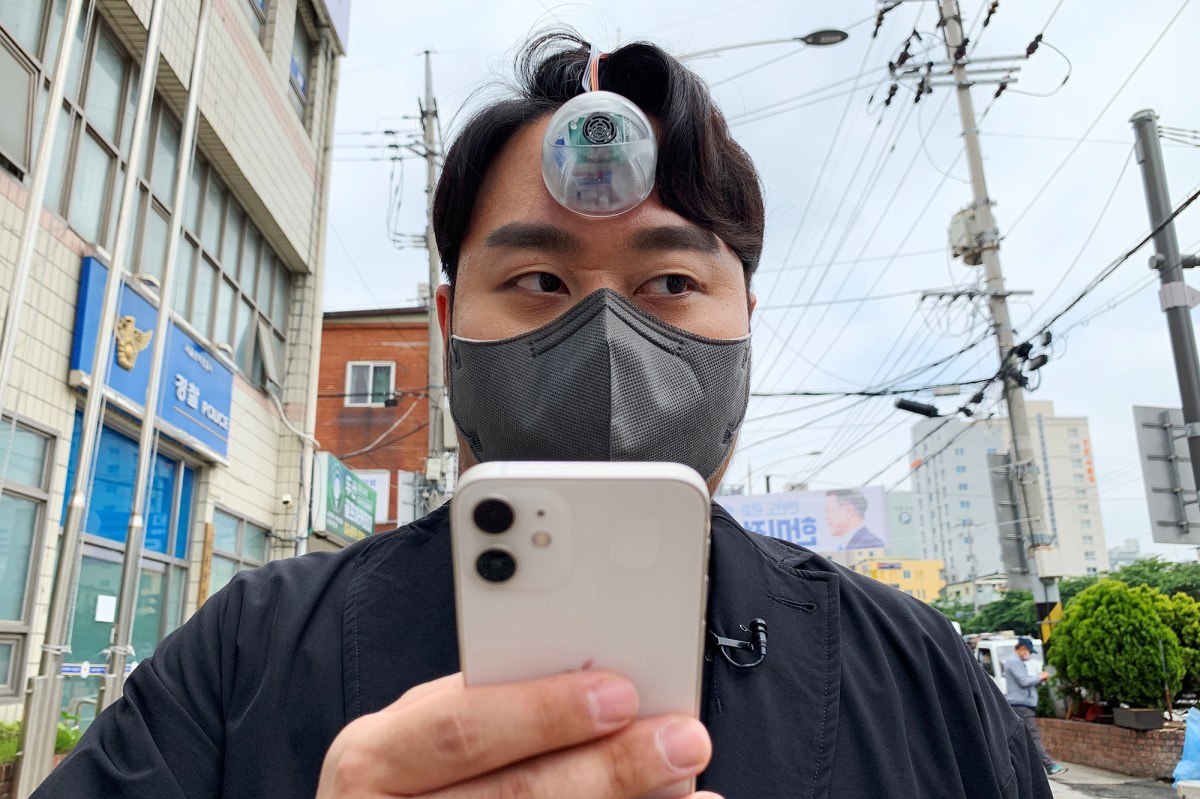 A South Korean industrial designer has come up with a satirical solution for “smartphone zombies” who cannot take their eyes off the screen long enough to stop themselves from entering a wall or other obstacles.

Paeng Min-wook, 28, has developed a robot eyeball he has called “The Third Eye”, which obsessive mobile phone users can fasten to their foreheads so that they can scroll injury-free on the go.

The device, part of a work of art that Paeng has called “Phono Sapiens”, opens the transparent eyelid when it detects that the user’s head is lowered to look at a smartphone. When the user arrives within one to two meters of an obstacle, the device beeps to warn of the impending danger.

“This is the look of the future humanity with three eyes,”

; Paeng, a doctorate in innovation design engineering at the Royal College of Art and Imperial College, told Reuters as he demonstrated the use of The Third Eye around Seoul.

“Since we can not take our eyes off smartphones, there will be a need for extra eye in the future.”

Paeng’s invention uses a gyro sensor to measure the oblique angle of the user’s neck and an ultrasonic sensor to calculate the distance between the robot’s eye and any obstacles. Both sensors are connected to an open source microcard controller with battery pack.

Paeng’s demonstration of the unit in Seoul this week received the attention of passers-by.

“I thought he looked like a stranger with an eye on his forehead,” said Seoul resident Lee Ok-jo. – These days, many young people can get into accidents while using their mobile phone. This would be good for them. ”

Paeng plans to develop a camera module for Third Eye and a connected mobile phone application, but he has no plans to commercialize the invention – an attitude he may consider changing given potential demand.

“It’s so cool and interesting,” said 23-year-old Shin Jae-ik. “We can easily bump into each other on the street while using smartphones. I may not need it now, but I would like to buy it when they sell it later. ”