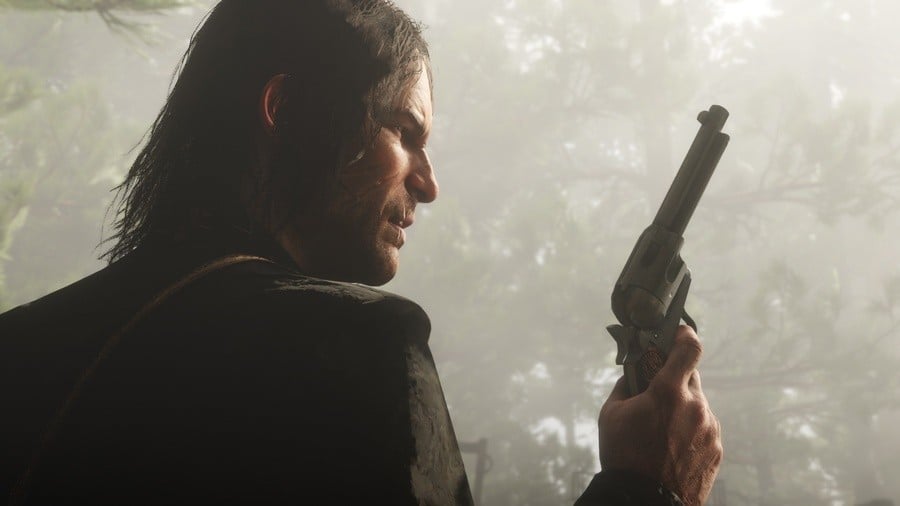 Right before we get into this, we have to make clear that the video below, which includes the glitch mentioned in the article's headline, contains huge spoilers for Red Dead Redemption 2 .

If you have not finished Red Dead Redemption 2 yet, and you do not want to be spoiled, please, for the love of god, get outta here and go play it.

This is your last warning.

No, seriously this is it.

Now obviously Jack's just a kid in Red Dead Redemption 2 , but in the original Red Dead Redemption, a teenage Jack became the main character after the credits rolled. And in this clip, the glitched voice sounds a lot like Jack's teenage voice.

Before we delve deeper, there's a chance that this could just be some totally unrelated, super rare bug that pulls up scrapped or placeholder dialogue from some other point in the game. Heck, it could even be a very elaborate ruse, but if it is, then it's a damn good one.

What lends some weight to this actually being Jack's voice is that Red Dead Redemption's map is in Red Dead Redemption 2, and you can visit all of it, barring Mexico, in the postgame where you play as John. The thing is, these areas are relatively barren in comparison to the main locations of Red Dead Redemption 2 – they do not have much in them aside from a string of bounty hunter missions and a few random events.

What do you make of this? Feel free to let speculation run wild in the comments section below.