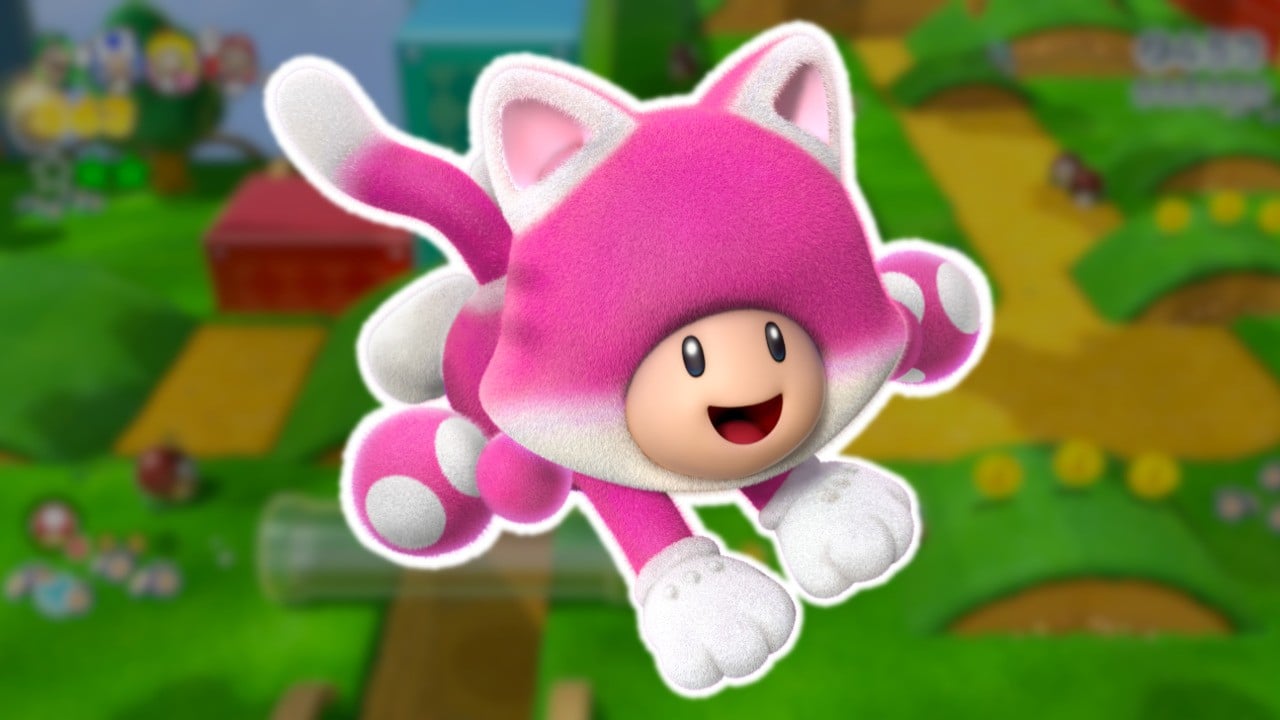 With Super Mario 3D World + Bowser’s Fury now available on the Nintendo Switch, many new gamers are enjoying the Wii U classic for the first time. The title is known for its mash-up of 2D and 3D Mario platforming, cats, and a four-player list consisting of Mario, Luigi, Peach and Toad, but it seems that things could have been quite different.

According to @Nickoloxx, who claims to have “done some digging” through Super Mario 3D World files, it seems that Toadette was once planned to be a playable character. Nickoloxx says: “So far I have found some traces of her in the player files. She has a voting line to be selected, and I also found 21

That voice line can be heard in the post shared below; Nickoloxx notes that while they manage to load the file into the game on the character selection screen, they are unable to rip it directly.

I do not know how to tear it down, but I managed to get it loaded in the game pic.twitter.com/UFbDMqXHje– Nickolox (@Nickoloxx) February 17, 2021

So, was Toadette once planned as a bonus player option? Would players have been able to choose between the two toads perhaps, or should she be added to the Captain Toad levels – just as she is throughout the Captain Toad: Treasure Tracker game?