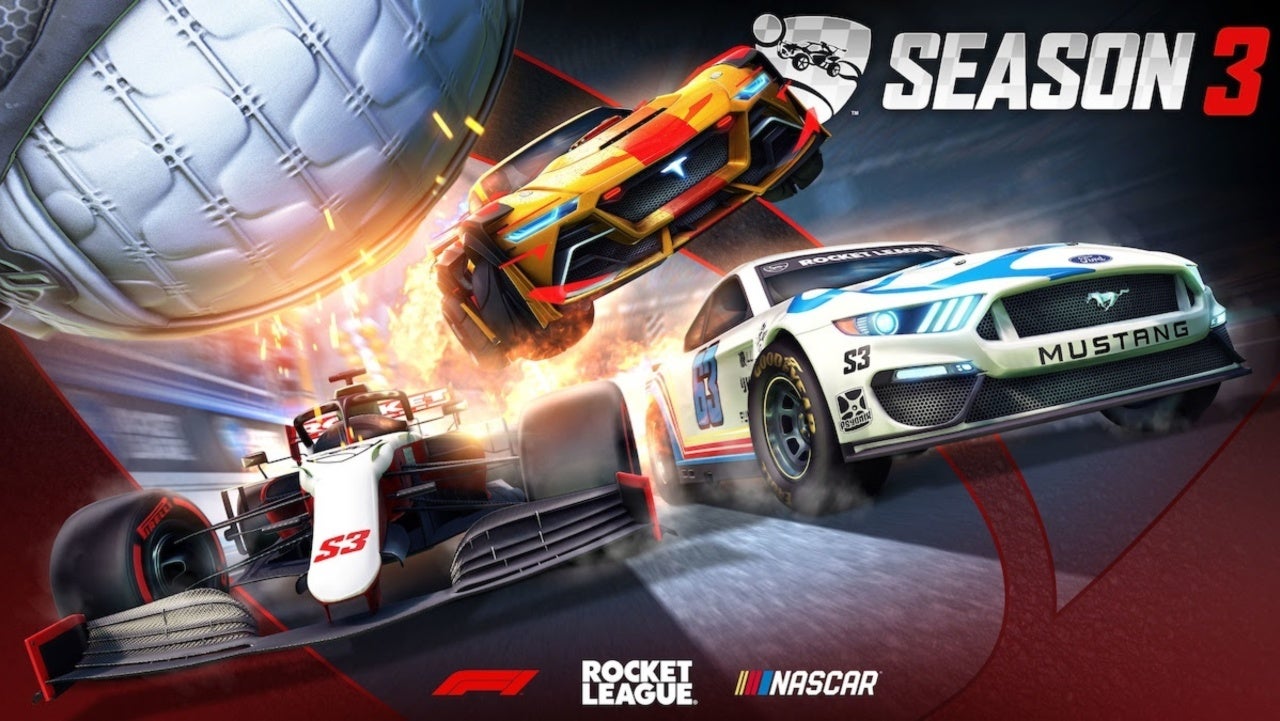 Rocket League Season 3 arrives on Nintendo Switch, PC, PS4, PS5, Xbox One, Xbox Series X and Xbox Series X on April 7, along with a brand new Rocket Pass that Psyonix and Epic Games finally unveiled today. According to the announcement, the new Rocket Pass for season 3 will have 70 plus levels, with tons of new stuff, some of which can be previewed via the new trailer below that followed today’s announcement (the rest can be seen here).

The highlight of the new Rocket Pass is definitely the Tyranno, a new car with a Dominux hitbox being added, which will be unlocked immediately with the purchase of the premium version of the Rocket Pass. Season 3 also adds cars for NASCAR AND Formula 1, but these are not included in the Rocket Pass.

In addition to this, Pro Tiers of the Rocket Pass will be revised with season 3. More specifically, levels beyond Tier 70 will no longer be hidden. Rather, players at this level or beyond will now be able to see which item can unlock 30 levels in advance. Furthermore, the opportunity to buy Pro Tiers will also return.

Season 3 Rocket Pass gets ready to leave the garage on April 7th! Get ready for over 70 levels of new things that celebrate speed, including the latest car, the Tyranno!

For more information on Rocket League Season 3 and the new Rocket Pass, click here. In the meantime, for more coverage on the free to play and popular game – including all the latest news, rumors, leaks and offers – click here or check out the relevant links below: