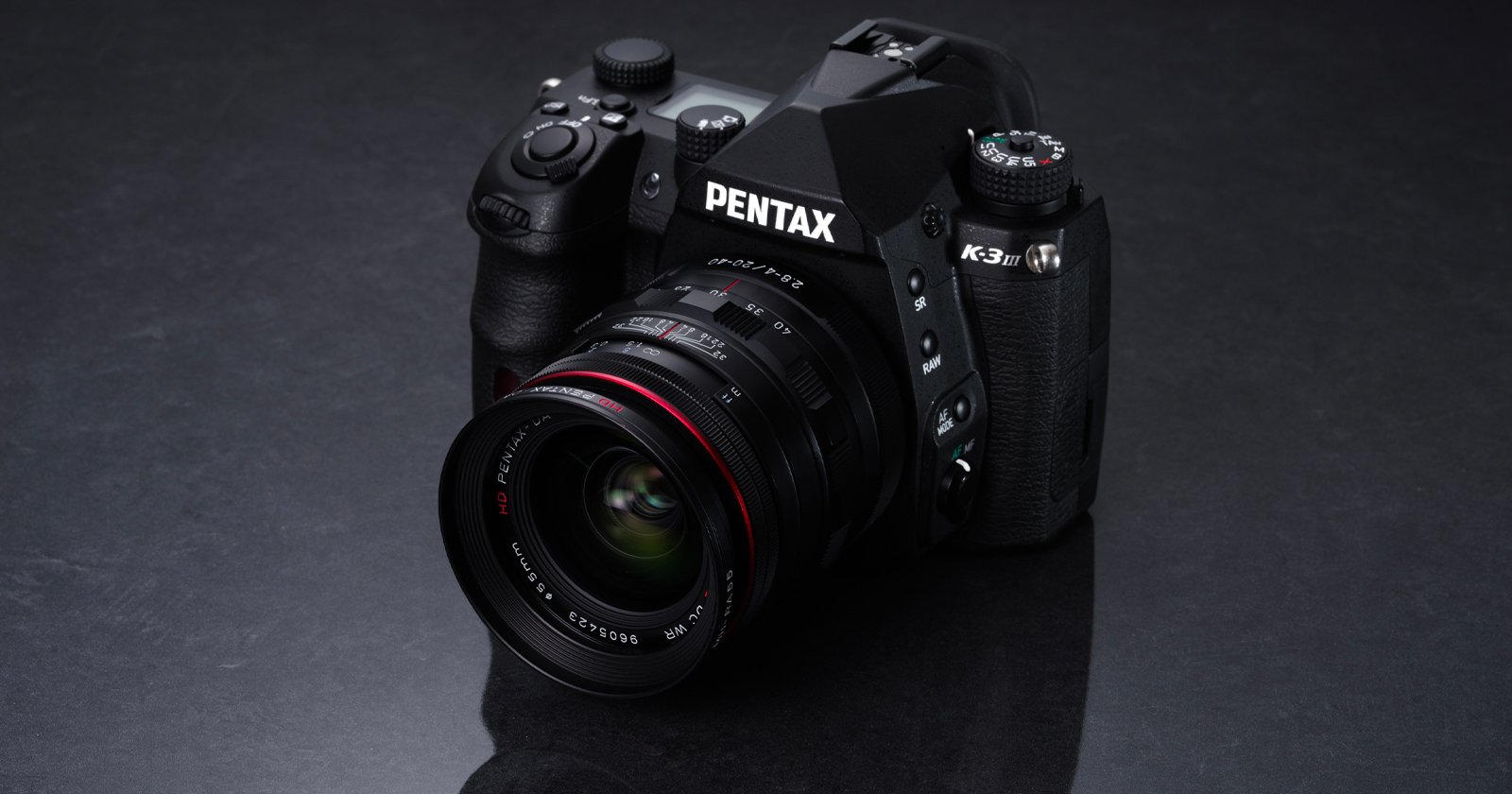 After several months of hype and an unexpected delay, Ricoh has finally announced the Pentax K-3 Mark III DSLR. The flagship camera has an optical viewfinder, a robust body, an AI-assisted subject recognition technology and a 25.73 megapixel BSI sensor with ISO sensitivity up to 1,600,000.

Pentax / Ricoh (from this point referred to simply as Pentax) states that the K-3 Mark III is the sum of the five principles: Design cameras through pure devotion, and produce cameras with the power to take pictures with a direct communication with the subject, design cameras that enjoy every process of creating an image, pursue a level of quality and performance that cannot be measured by numbers alone, and respect and value users’ photographic experience. For that purpose, there are very specific reasons why Pentax chose to make this camera the way they did, and the most remarkable thing is that it is an SLR camera and not a mirrorless one. 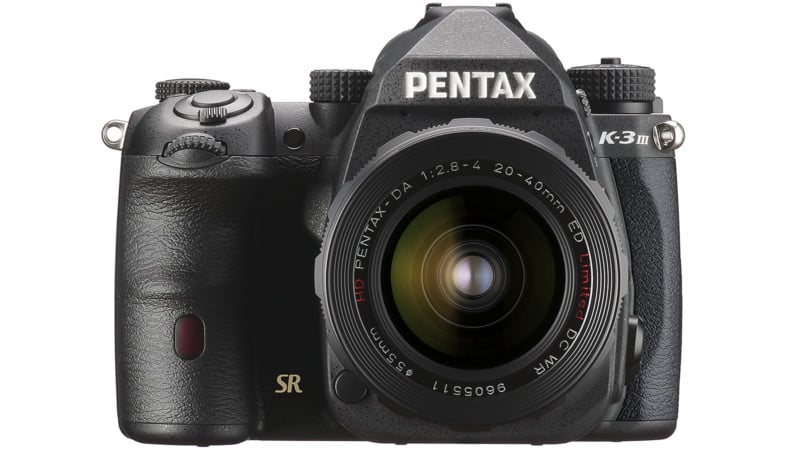 Like the DSLR, the K-3 Mark III has a classic optical pentaprism viewfinder, which the company says has “almost” 100 percent field of view and a magnification of 1.05x. It also states that the newly developed high-refraction glass prism “ensures comfortable viewing with a large field of view equivalent to the full-frame SLR camera.” It also has a distortion-correcting optical element and optimized lens coating to deliver the clear, “real” viewfinder image – which is 10% brighter than that found on the K-3 Mark II – to which the company attaches much importance.

With a Natural Bright Matte III focus screen – known for easy focusing during manual focus shooting – it also provides a sharp, clear subject image with faithful reproduction of the bokeh effect. In addition, the transparent screen allows the user to monitor a wide range of operation data in the viewfinder window.

The 25.73 megapixel APS-C CMOS sensor is combined with an AA filter-free optical design to produce what Pentax calls “super-high-resolution images.” The sensor is powered by the company’s new PRIME V image engine and the new generation accelerator pedal unit which it says will deliver well-defined images with minimal noise while maintaining the resolution at all sensitivities. That said, it has an AA filter simulator (which can be turned on and off), which the company effectively reduces moire patterns to the same level as an AA optical filter. It does this by applying microscopic vibrations to the stomach sensor at the sub-pixel level during exposure. Pentax says it was able to improve noise reduction performance at higher ISOs, allowing the camera to boast a peak sensitivity of 1,600,000.

The K-3 Mark III is also equipped with Pentax’s SR II Shake Reduction System which provides 5-axis, 5.5-shutter-step camera shake replacement. That 5.5-step reduction is the highest Pentax has ever achieved, and is compatible with almost all Pentax lenses, including screw-mounted, 645 and 67 system lenses via an adapter, although it may not have full functionality everywhere.

The shake reduction system also allows the camera to have a high-resolution pixel-shift resolution mode, which shifts the sensor four times with a single pixel to create a synthesized composite with larger color data and finer details. To make this system more useful with a wider range of scenes and subjects, the camera also has a motion correction function, which can be turned on and off and detects only moving elements in the image during continuous shooting and minimizes negative effects during the synthesis process. .

The rear LCD screen is a 3.2-inch screen with approximately 1,620,000 pixels that supports touch. It also has a special resin material injected into the gap between the LCD layers and the tempered glass cover, which Pentax says reduces reflections to improve visibility while shooting outdoors. The K-3 Mark III has Pentax’s SAFOX 13 autofocus system which has 101 focus sensors. SAFOX 13 is a newly developed phase-matching AF sensor module that Pentax says is reliable for precision autofocus operations. 25 of the 101 sensors are cross-type placed in the center to help focus on the subject at minimum brightness levels as low as -4 EV. It also has a new high-capacity RGBIr image sensor with approximately 307,000 pixels and a newly developed image tracking algorithm. Pentax claims that the camera also ensures accurate tracking of subjects moving at varying speeds or in an irregular motion. A newly installed AF point selector allows the user to select the desired focus point more intuitively (up to 41 points). 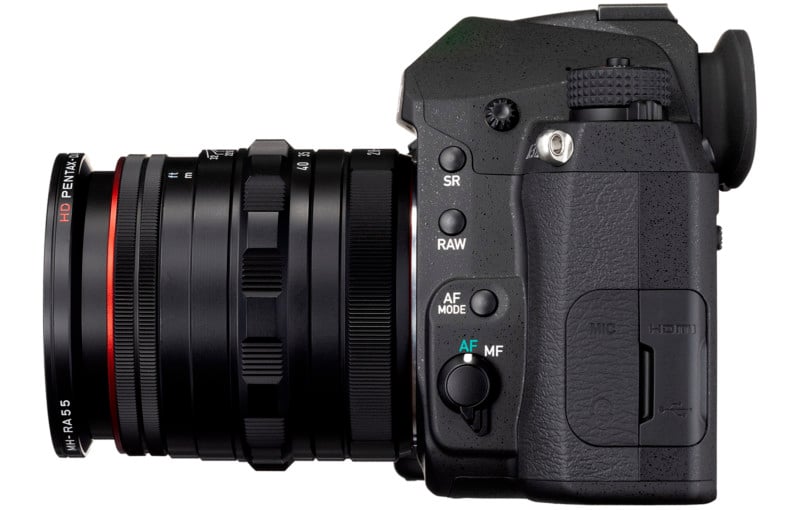 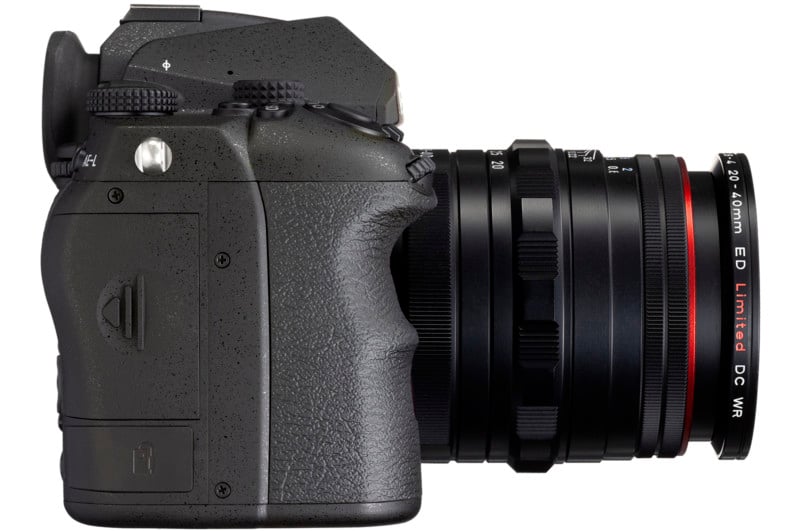 The DSLR body is dustproof and weatherproof, and the top, bottom, front and rear panels are all made of magnesium alloy. These are combined with dustproof special seals on important parts of the body. The result is a camera that has “unique” cold resistance and that can promise stable operation at temperatures as low as -10 degrees Celsius (14 degrees Fahrenheit). The shutter unit is also durable and rated for 300,000 activations.

The camera can capture 4K video at up to 30 frames per second and Full HD 1080p video at up to 60 frames per second, both in H.264. It has a microphone jack and headphone terminal, and audio recording levels and screen volume can be changed individually. The camera also supports full touch control of the functions during recording to limit the amount of sound the camera makes during recording. 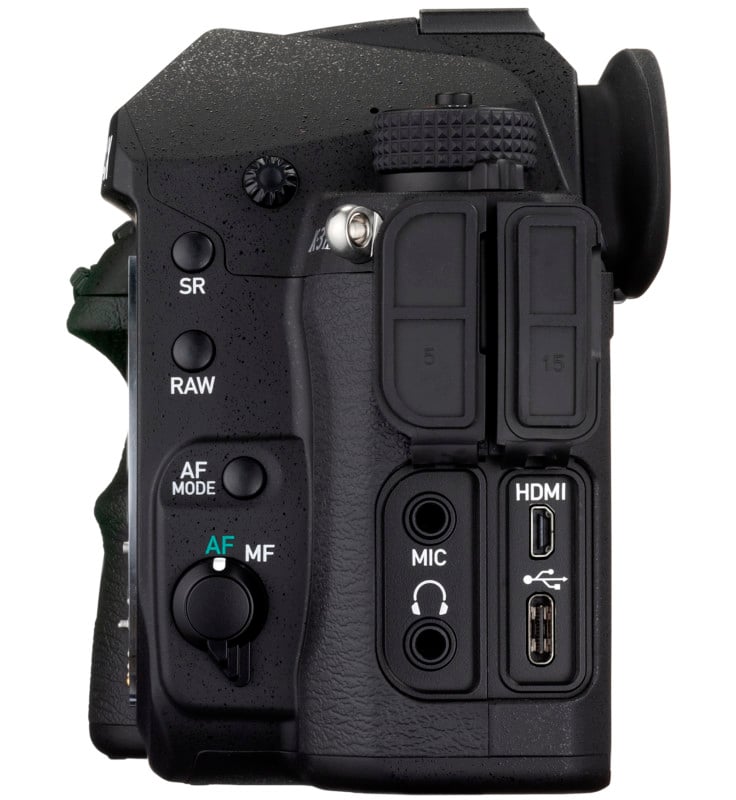 Other notable features include the DR II (Dust Removal II) mechanism, charging support via USB Type-C, an HDR function that stores captured images as RAW format files, a dual SD card slot (one UHS-I and the other UHS -II), and compatibility with older lenses without electronic contacts (shooting with such lenses is supported in aperture priority mode, and the lens focal length is stored as Exif data). 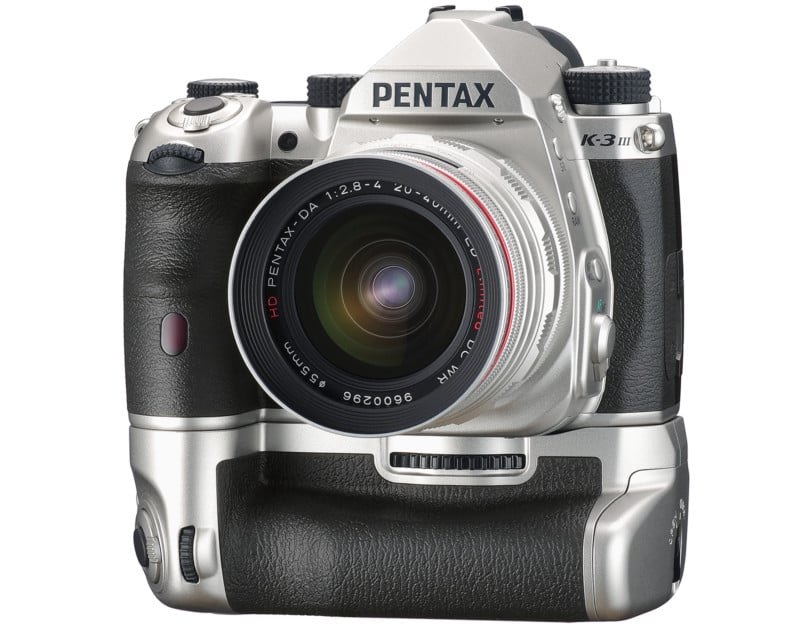 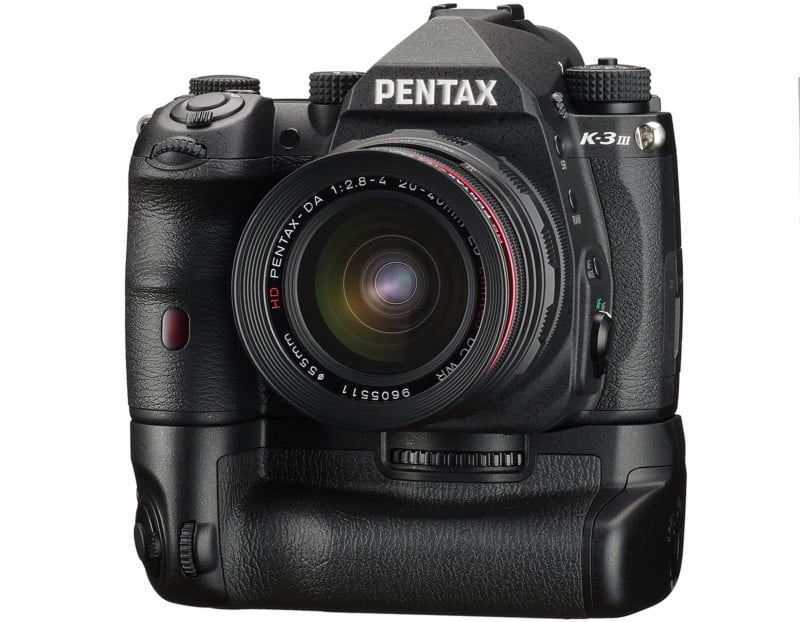