Resident Evil Getting a New Wave of TUBBZ Cosplay Ducks 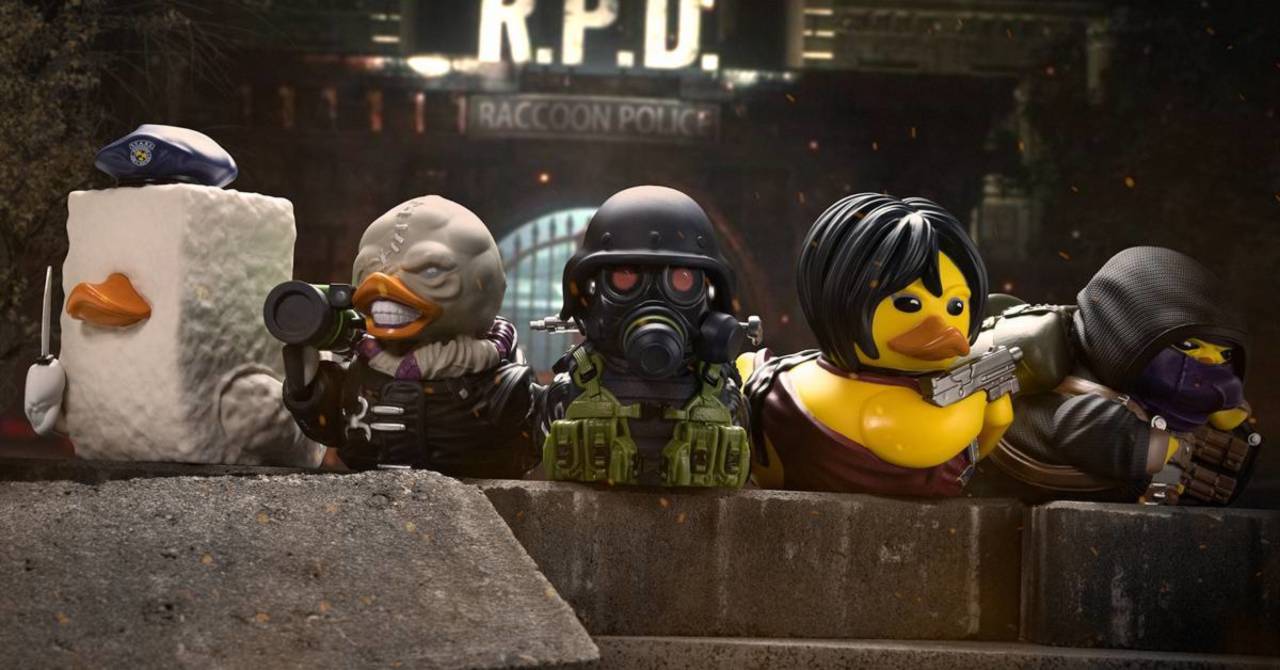 Fans of Capcom’s Resident Evil franchise will soon have a bunch of new collectibles to capture thanks to the next wave from Numskull Designs’ TUBBZ line. The first wave featured ducks as cosplay as Chris and Claire Redfield, Leon S. Kennedy and Jill Valentine. With the franchise’s great heroes out of the way, Wave 2 will focus on some other notable faces: Ada Wong, Nemesis, HUNK, Tofu and Merchant from Resident Evil 4. All five are available for pre-order now, and are expected to be released in April. The new additions will be quite exciting for longtime fans of the video game series!

A trailer for the TUBBZ toys can be found in Tweet built-in below.

Wave 2 in the Resident Evil TUBBZ line is ready to pre-order now!

All in all, this looks like a really cool wave for the TUBBZ numbers. It’s a little scary to see such a sweet take on a terrible destruction engine like Nemesis, but the line has often featured horror-inspired characters. Given the fact that Leon escaped in the first wave, it only makes sense to him Resident Evil 4 ally Ada Wong and merchant to receive a similar treatment. Maybe the Ganado chainsaw can make the cut for Wave 3! Of course, if anyone really deserves the cosplay spirit treatment, it’s Albert Wesker. The villain has been bothering STARS since the first entry in the franchise, and the line just feels empty without him.

This year marks the 25th anniversary of the Resident Evil series, and Capcom is celebrating in a number of exciting ways. Fans have Resident Evil Village to look forward to in May, as well as the release of a brand new Resident Evil movie in theaters in September. The latest wave of Resident Evil characters from the TUBBZ line is just one way fans will be able to celebrate the survival horror series in 2021, but it looks like there will be many more before the year is over!

Are you a fan of Numskull’s TUBBZ series with cosplay ends? Which Resident Evil character do you want to see from the next line? Let us know in the comments or share your thoughts directly on Twitter at @Marcdachamp to talk all about games!