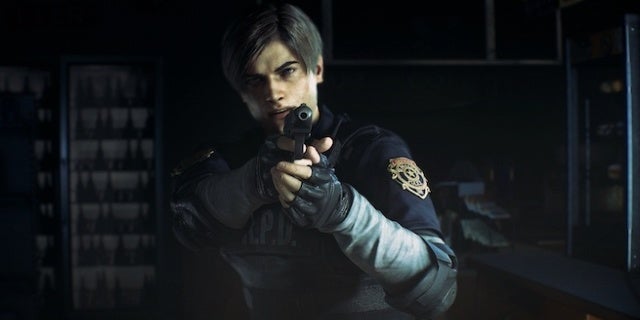 6 minutes long, or in other words offering the deepest and most detailed look at the game yet. And boy looks like a completely new game Resident Evil 2 released all the way back in 1998, and this new remake footage shows just how far games have come in the 20 years since.

More specifically, the new footage shows of plenty of action scenes featuring Leon, it's unniving survival-horror atmosphere, cutscenes, and more. Even better is the footage is a raw, live look at the game that is being played by its producer Tsuyoshi Kanda on stage. A ton of gore, plus Tsuyoshi Kanda, just how I like to spend my Sundays.

Below, you can check out the new gameplay footage (courtesy of Giuseppe's Gaming), and beyond the entire live stream:

As mentioned above, the new gameplay footage looks almost unrecognizable. I mean, if you played Resident Evil 2 you will know that's just a prettier version of it, but the drastic difference in visual fidelity shows the potential of bringing to life old, classics with modern tech. Resident Evil 2 Remake is in development for PlayStation 4, Xbox One, and PC, and is scheduled to release on January 25, 2019.

In other recent and related news, Capcom has confirmed that the game will not have a VR mode of any type, which is a bummer, because Resident Evil 7 is still one of the best VR games to date.

Capcom has also recently revealed the game's Collector's Edition, the redesign of Clarie Redfield, and talked about how Leon and Raccoon City have been transformed thanks to new technology.