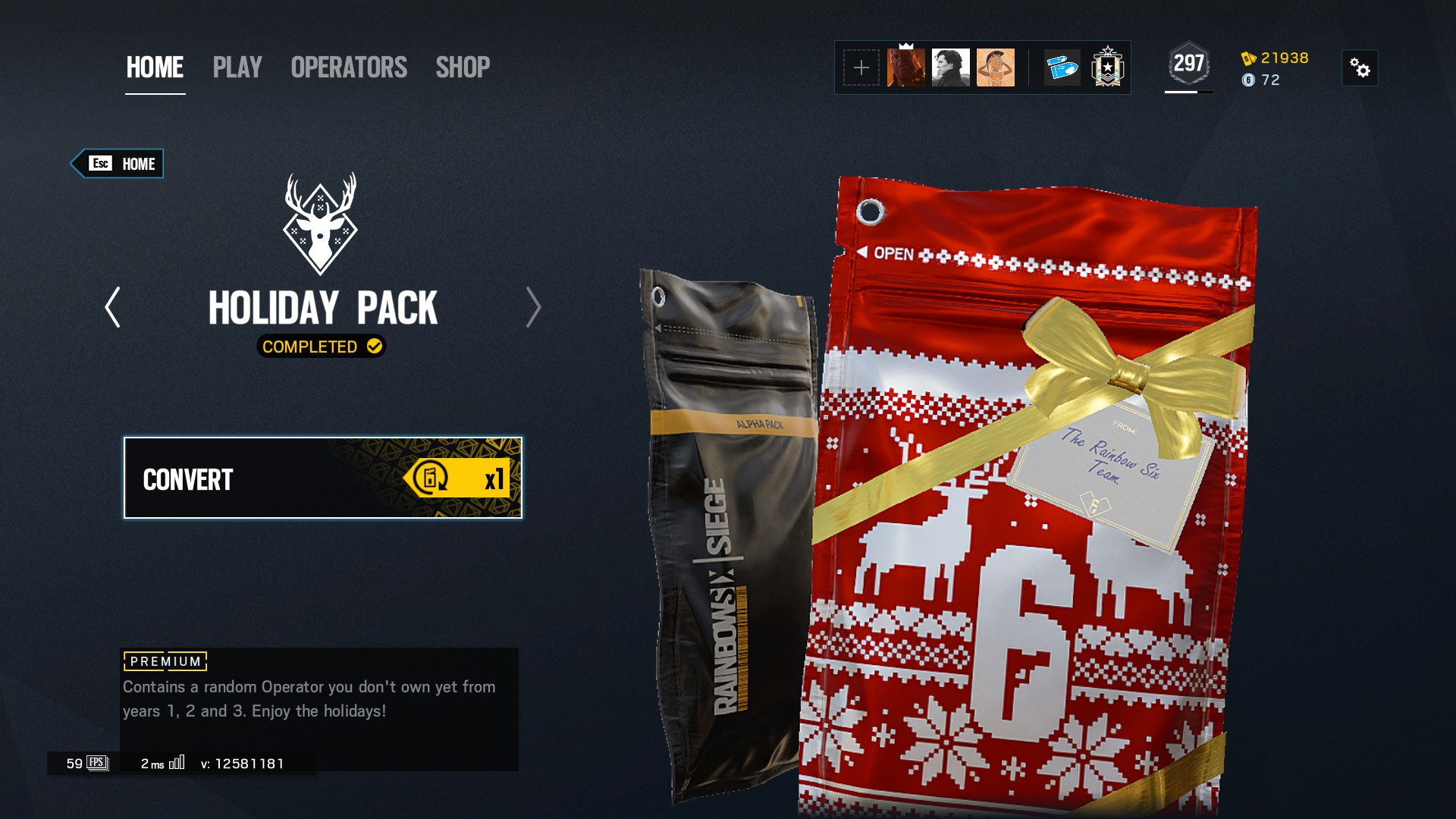 In the celebration of the holiday, game developers have begun to give players all sorts of goodies. Ubisoft also participates by giving all Rainbow Six Siege players a "Holiday Pack". This new Alpha Pack variant is a one-time use that is used for all players as a Christmas present. Depending on how many operators you have unlocked, a holiday package opens either a locked DLC operator or rewards you with 25,000 renown.

The new Holiday Packs are similar to Alpha Packs, but have red and white colors instead of the classic black and gold. There are also Christmas theme drawings on the packages. If you currently have one of the DLC operators locked, Holiday Pack opens a random one. The range includes all operators released in year 1

, year 2 and year 3. Rainbow Six Siege players who have already purchased all the operators receive 25,000 renown, which costs a DLC operator.

It appears that Operator who is unlocked is selected randomly from the list. Players report that the latest operators Kaid and Nomad are also among those who are unlocked.

At the time of writing, there is an error that prevents players having all the operators unlocked from opening the holiday package. When you try to open one, they meet with the following screen:

It's great to see developers come into the holiday season and reward the community. Hopefully, Ubisoft solves the problem of Holiday Packs quickly, as the event ends on January 1, 2019.